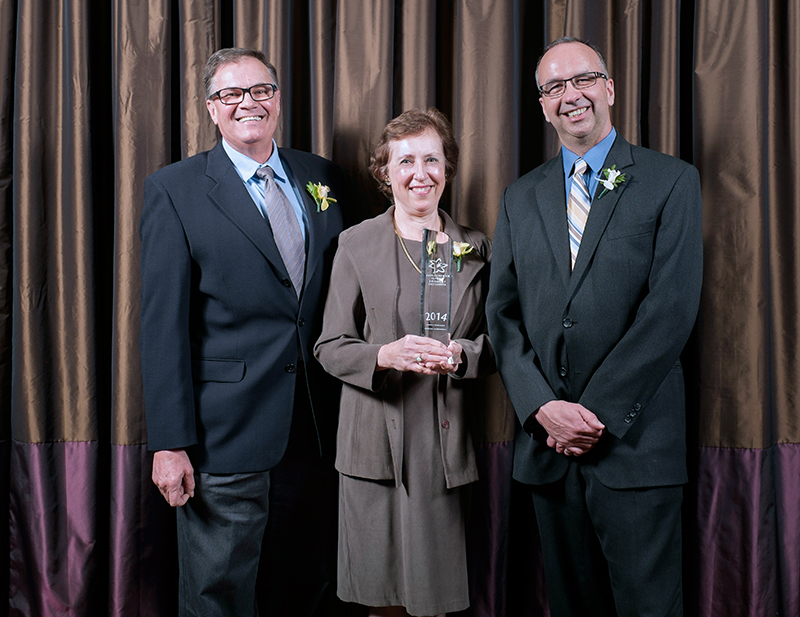 Here we are accepting the Travel Media Award. On the right is Steve Chisholm, Program Director for 98COOL Radio Station, part of the Saskatoon Media Group who sponsored the award.

A few days ago, we were fortunate to win the Travel Media Award in the 2014 Saskatchewan Tourism Awards of Excellence. The award was based on our bestselling book, The Great Saskatchewan Bucket List, which was revised in 2014, as well as articles on Saskatchewan that we did in our regular travel column in the Western Producer newspaper in 2014. The gala event, held in Saskatoon at the Radisson Hotel, recognized achievements in the Saskatchewan tourism industry.