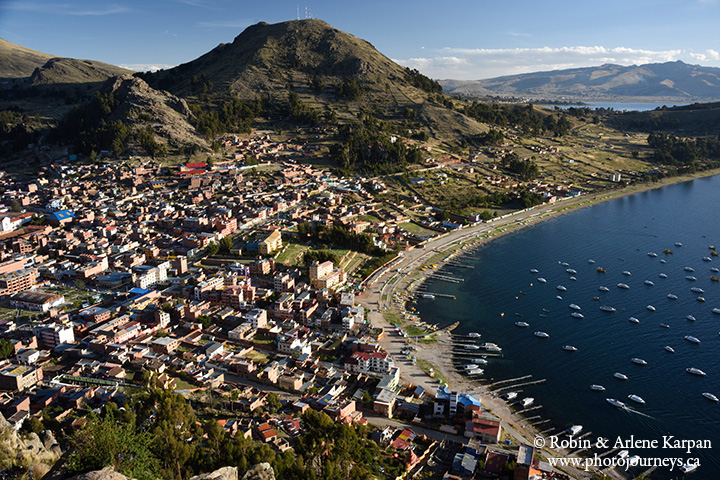 Copacabana on the shore of Lake Titicaca

The small town of Copacabana in Bolivia sits on the shore of Lake Titicaca, about a three-hour bus ride from La Paz through spectacular mountain and lakeside terrain. At 3,800 metres, Titicaca is considered the highest navigable lake in the world. Copacabana has become a travellers’ crossroads for those travelling between Bolivia and Peru (just across the lake), or to islands in the lake. But to Bolivians, and to those from many parts of South America, its real importance is as home to the Basilica of the Virgin of Copacabana. 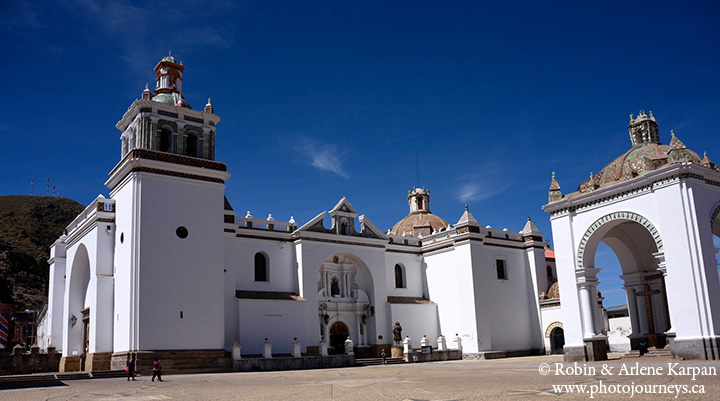 Basilica of the Virgin of Copacabana

The story goes that in the late 1500s, fisherman caught in a powerful storm on Lake Titicaca prayed for their lives and were saved. In gratitude they built a simple shrine and a statue of the Madonna. It seems that the statue was capable of performing miracles, so the reputation of the shrine grew, and today it is the most visited pilgrimage site in Bolivia. As for that other Copacabana, the one with the famous beach in Rio de Janeiro, they copied the name after Brazilian fishermen were similarly saved from a raging storm after praying to the Virgin.

Completed in 1805, the present basilica is enormous, seemingly out of place for such a small town. While the elaborate interior is interesting enough, we were more taken with the goings-on in front. It’s not unusual for people to visit sacred sites to get blessed, but here you can also get your car blessed. In fact, car blessing has become such a big deal that people come from all around to give their wheels some divine guidance. 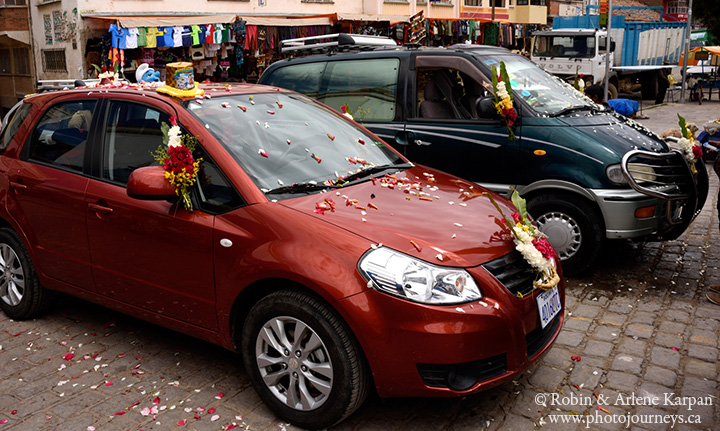 Cars decorated for the blessing. 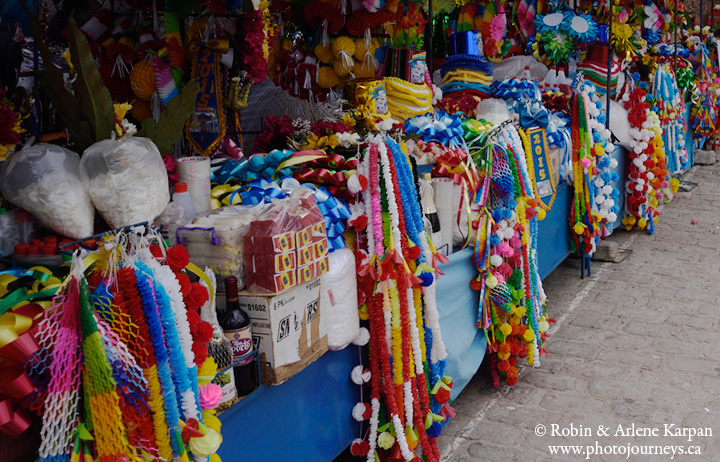 Everything you need to decorate your car for a blessing.

The ceremony takes place every morning at 10:00. Cars line up in front of the basilica where, very conveniently, a row of street stalls sells a wide array of decorations needed for such an auspicious occasion. Cars are adorned with flower petals, colourful streamers, and funny little hats that you might wear to a New Year’s Eve party. Eventually the priest arrives, wearing a long brown traditional robe and baseball cap, and carrying a plastic bucket full of holy water. Blessings are made, water is sprinkled, then it’s time to celebrate. Dressed in their Sunday best, people toast the occasion with beer, wine, Coca Cola, or cheap champagne from the street stalls. Official photographers do a booming business as families pose in front of their newly sanctified Chevys and Toyotas. 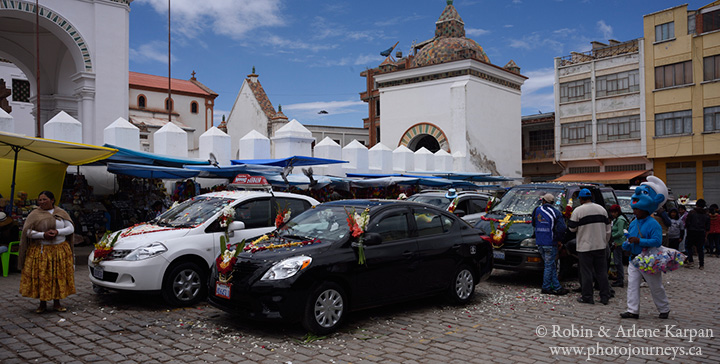 Cars lined up for the blessing.

We found Copacabana a pleasant place to spend a couple days. Colourful markets are dominated by Aymara women wearing traditional dress, including bowler hats that they somehow balance on top of their heads. A steady influx of travellers and pilgrims has led to a wide variety of restaurants where a specialty is excellent locally-caught lake trout. Then there’s the stunning scenery around the mountain lake. The best view is from a hill topped by a statue of Christ, and stations of the cross on the path up. At lower altitudes, this would be a moderate walk, but in the oxygen-starved air here, it was a grunt up every step. 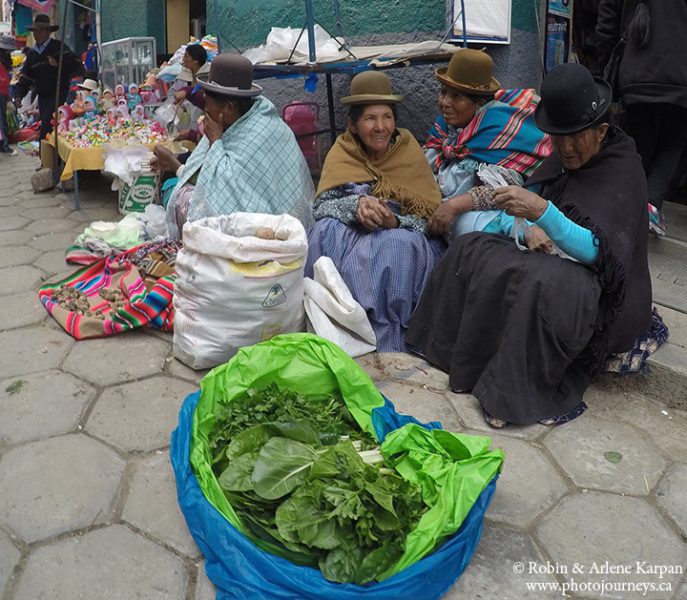 Our next destination is Isla del Sol, a small island about an hour’s boat trip from Copacabana. Climbing aboard, we’re assured that it will be clear sailing – a large sign boasts that this boat has also been blessed in Copacabana.

The Original Copacabana in Bolivia