We’re getting close to the fall colour season in Saskatchewan, so it’s time to decide where to go. While there is never any guarantee as to what you will find, and every year is different, a good bet is usually around the third and fourth week of September in the northern forest, and about a week or so later in southern forests, such as in the Duck Mountain Highlands or Cypress Hills. 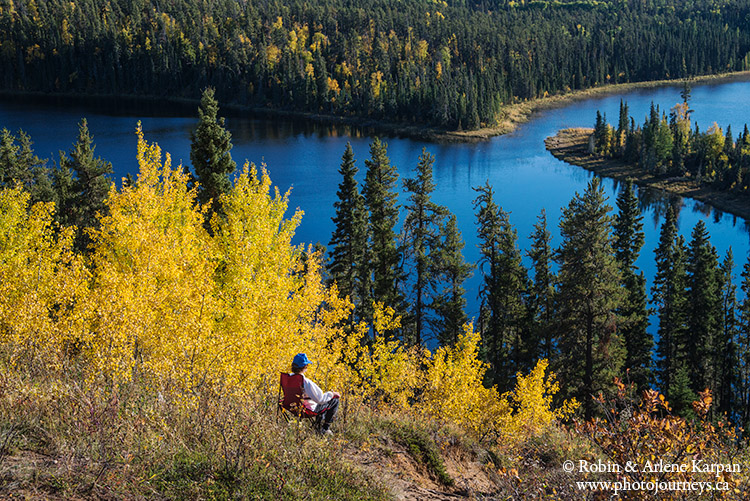 Prince Albert National Park is one of the prime spots because of the forest mix, with brilliant shades from deciduous trees such as aspen and birch contrasting with evergreens. One area we like is near the south entrance to the park along Highway #263 where hilly roads provide vantage points over the forest crowned with golden aspens. The best hike for fall colours is the Spruce River Highlands Trail with several vantage points over the Spruce River Valley. Even if you do not hike the entire trail, be sure to go at least as far as the viewing tower, only a few minutes from the trailhead. Another must-do hike is Boundary Bog Trail which takes you along boardwalk into the heart of a bog. The trail is lined with moisture-loving tamarack trees that turn a spectacular golden colour in the fall. 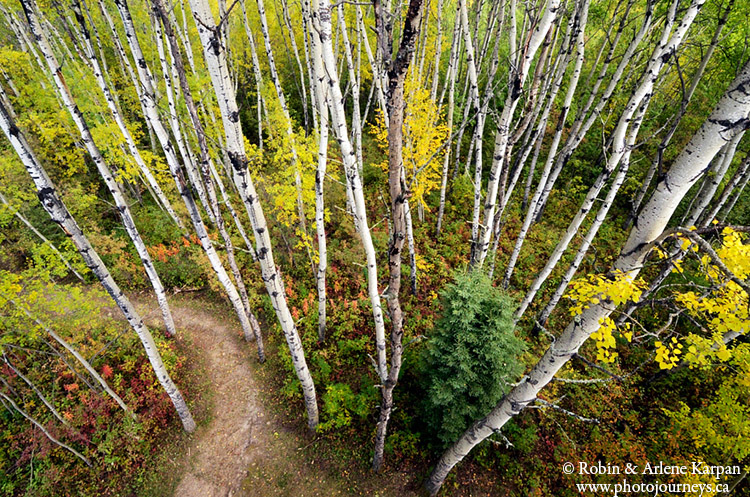 Looking down from the viewing tower, Prince Albert National Park

If we had to pick a favourite park for fall colours, it probably would be Narrow Hills Provincial Park, named for the many narrow eskers and moraines that cover the countryside. While it can be spectacular almost anywhere, the highlight is the Narrow Hills Scenic Drive, starting near the core area at Lower Fishing Lake. The road takes you up a push moraine ridge, with sweeping views over the forest and lakes. The park’s other main go-to spot is the Gem Lakes, where hiking trails wind around five tiny lakes that shimmer like gemstones in the forest. 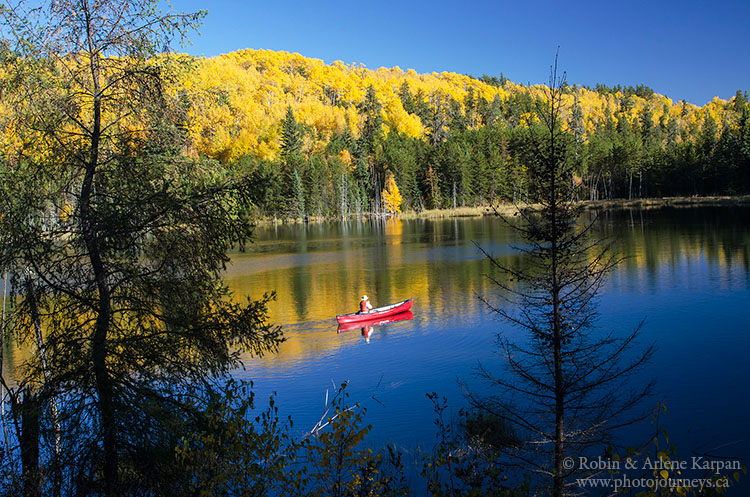 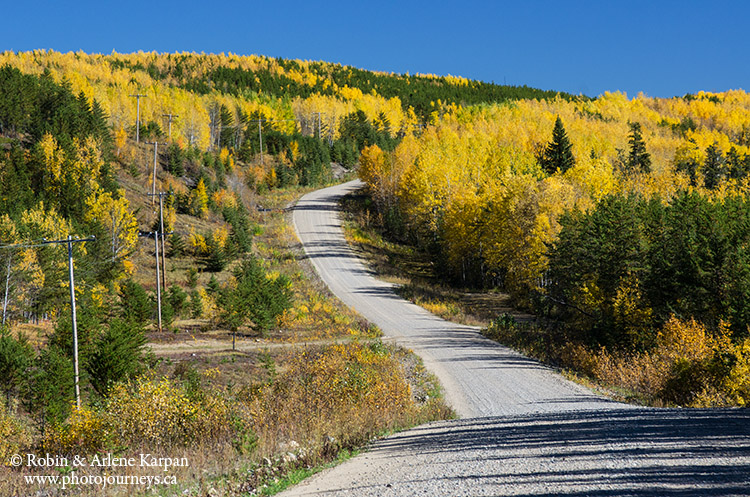 Fall usually comes a bit later in Cypress Hills. We got this shot one Thanksgiving weekend. We would be hard pressed to pick specific spots – it’s spectacular practically everywhere, but the drive through the Battle River Valley in the West Bock stands out as our personal favourite.

While we usually think of forest when comes to fall colours, the prairie can also put on a colourful show, especially in some of the rugged coulees where shrubs often become brilliant orange or crimson red. Check out Saskatchewan Land Provincial Park, but practically anywhere in the southern prairies can be rewarding at this time of year. 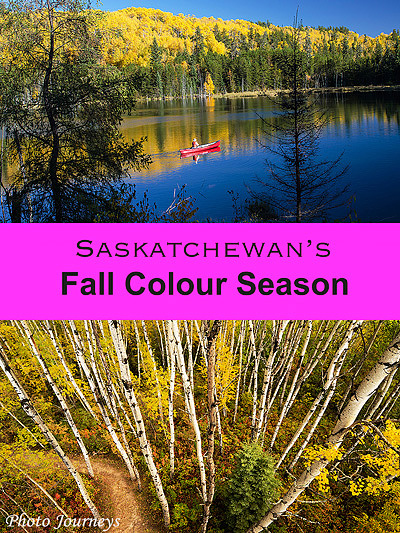