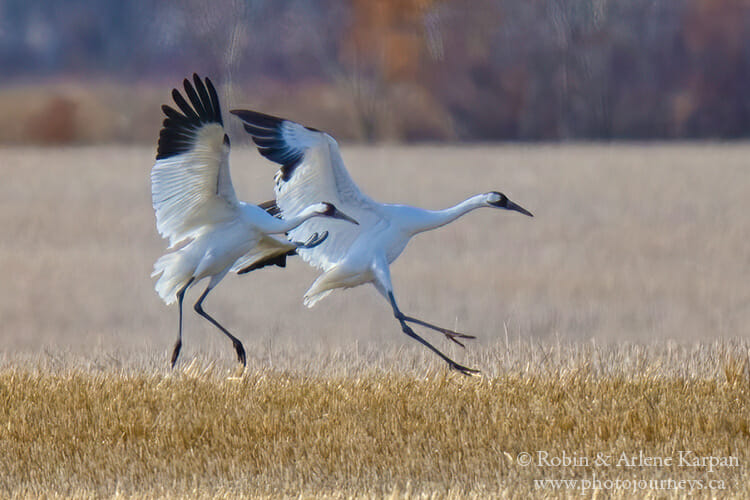 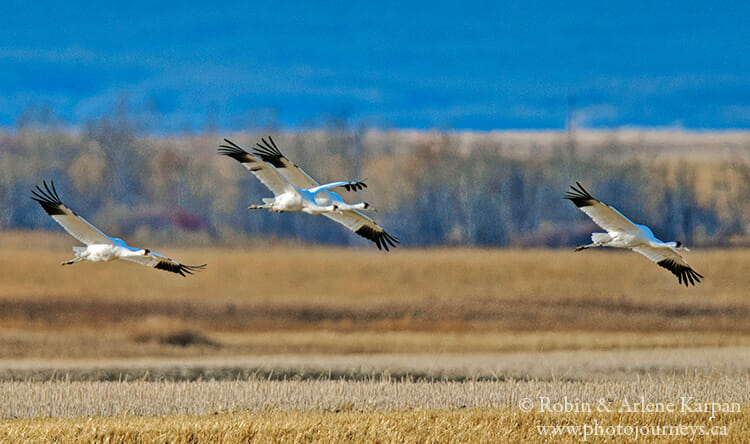 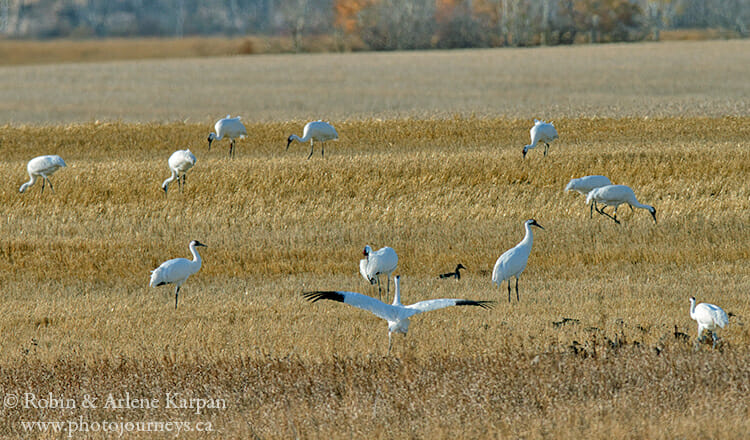 Whooping cranes feeding. It looks as if the conductor is trying to conduct but the orchestra isn’t paying attention. 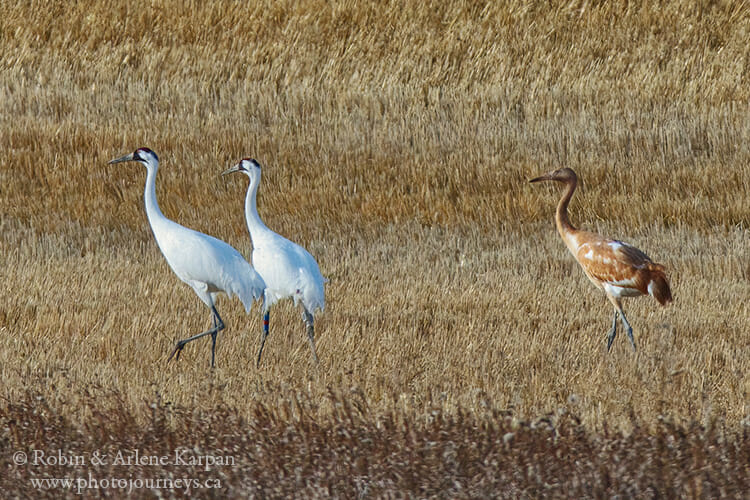 Adult whooping cranes with a youngster in tow. 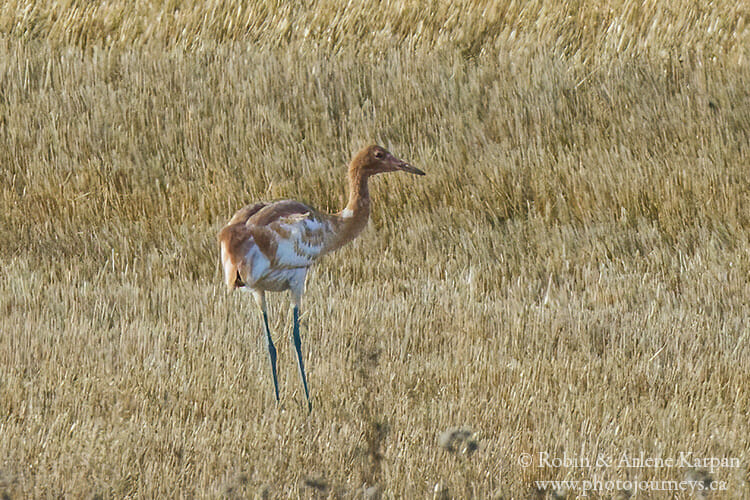 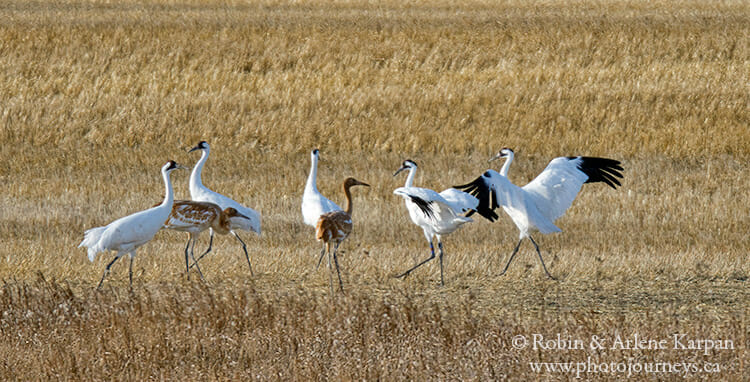 A gathering of whoopers. 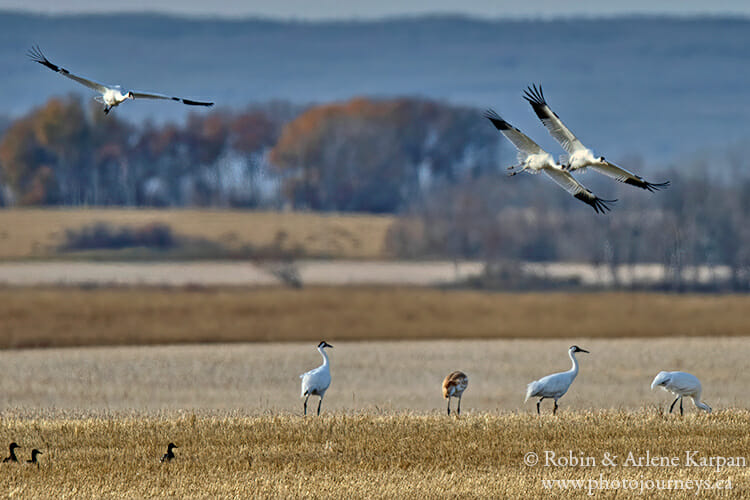 More on the way to what looks like a great spot to feed. 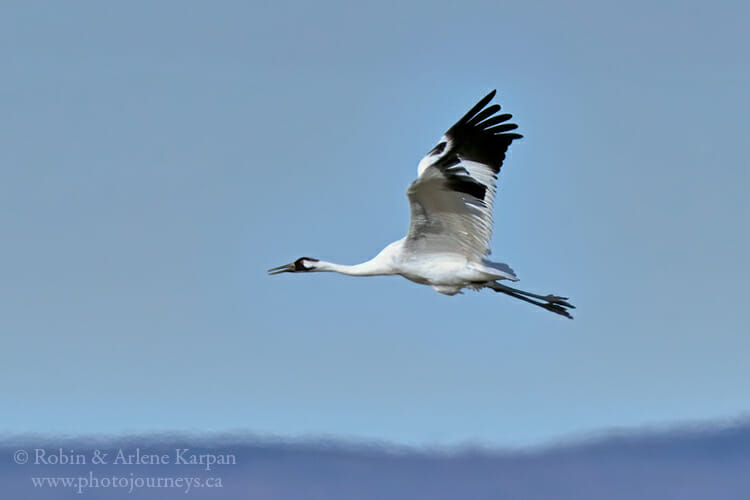 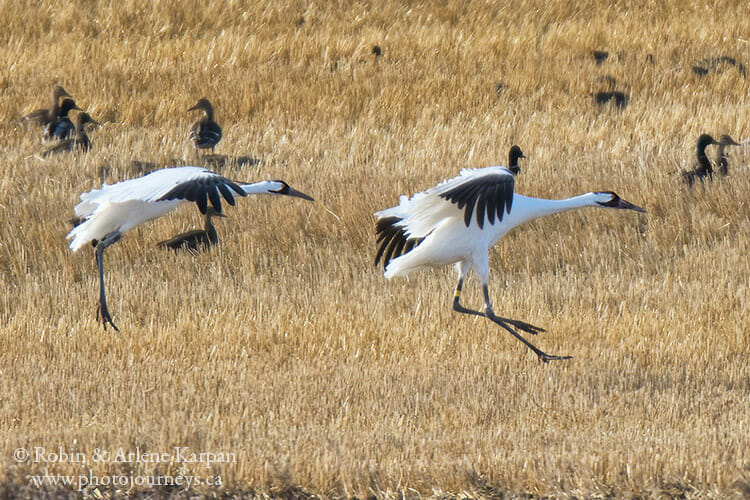 Whooping cranes about to land. 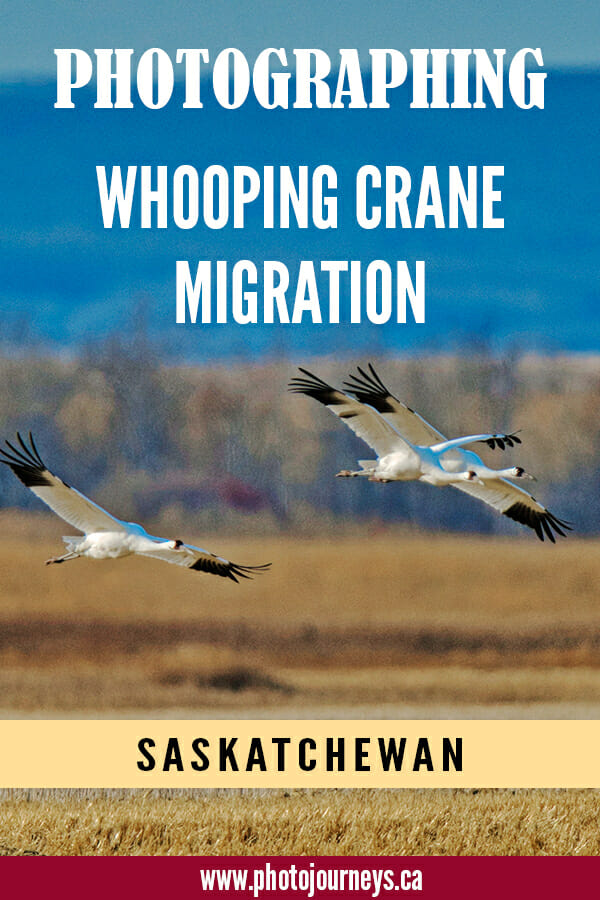