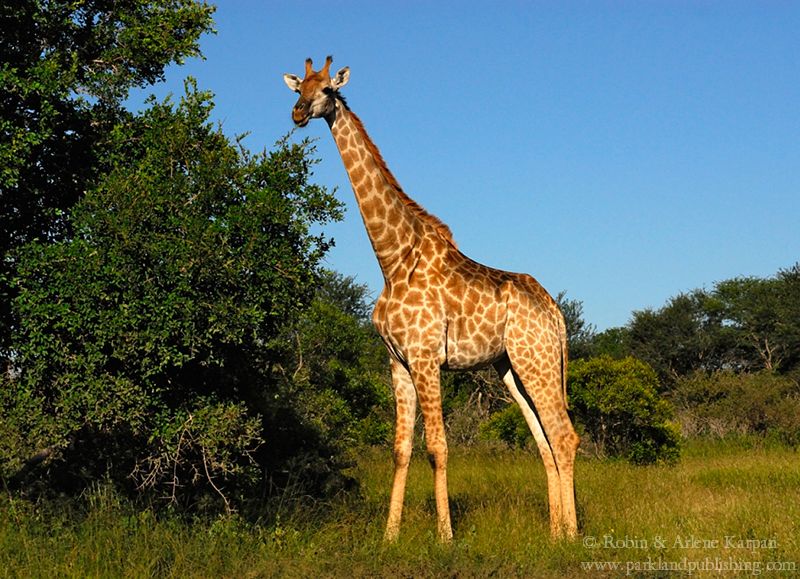 With its tall neck, this giraffe in can easily enjoy tasty acacia leaves high up on the tree.