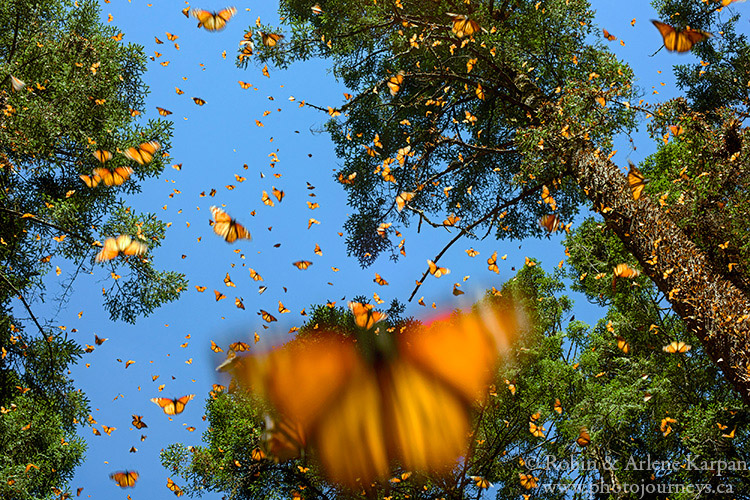 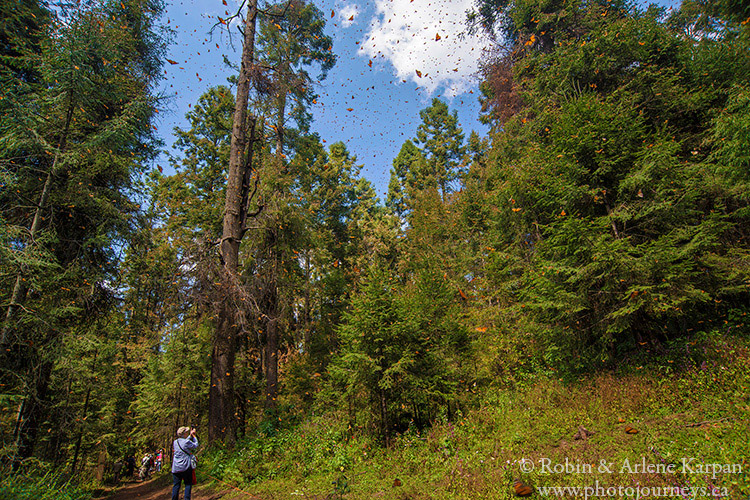 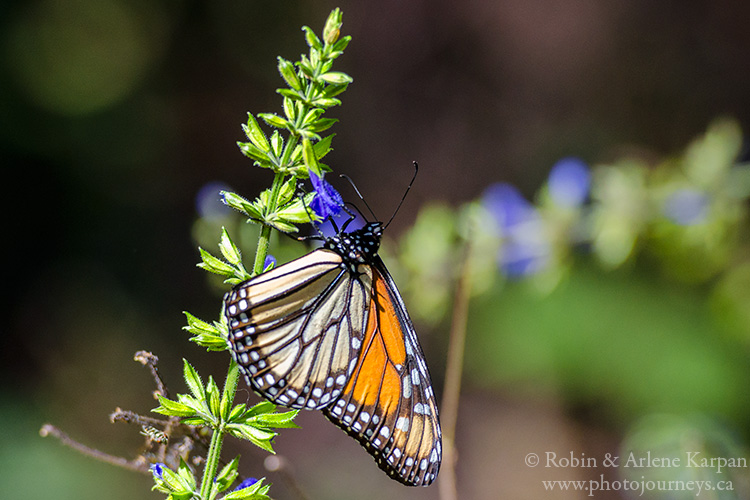 A Monarch Butterfly feeding on nectar from a flower at El Rosario. 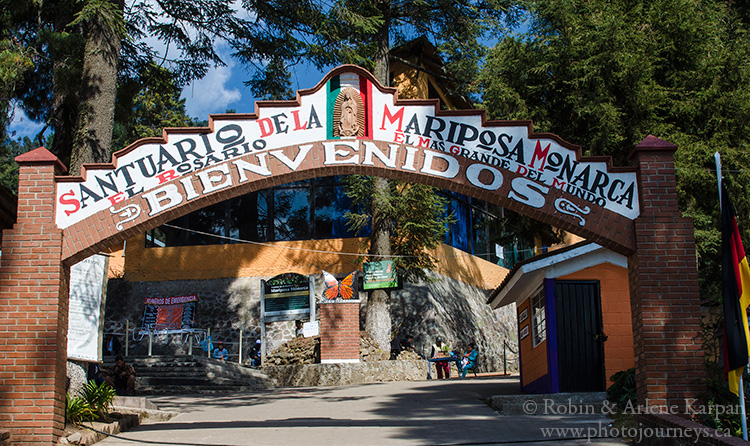 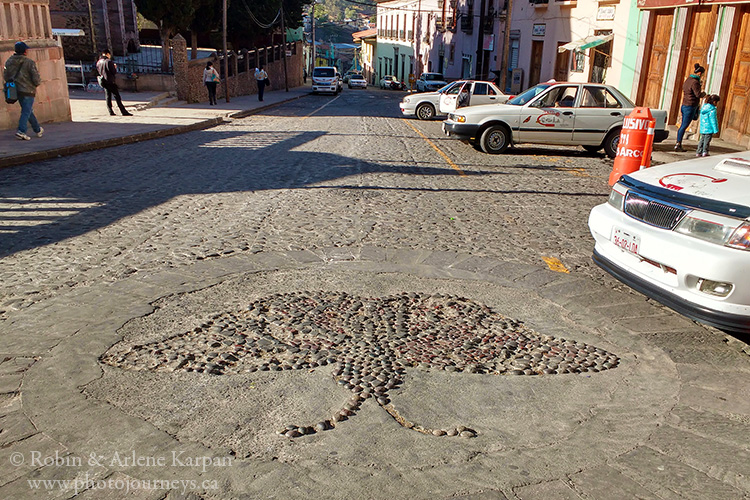 Even the streets in Angangueo have a butterfly motif. 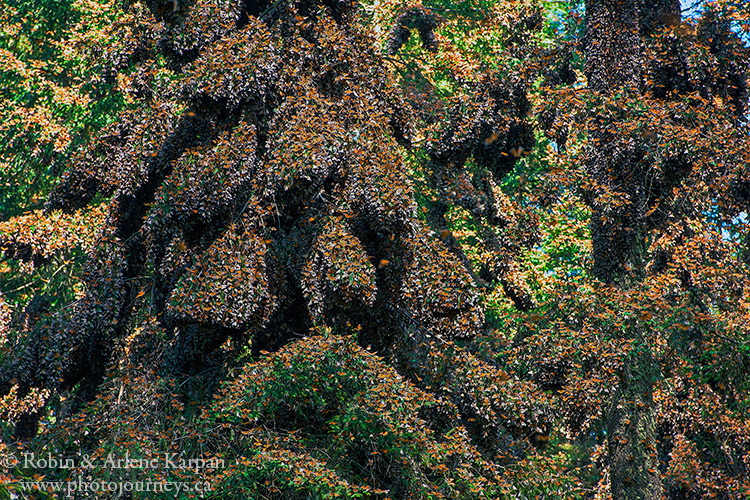 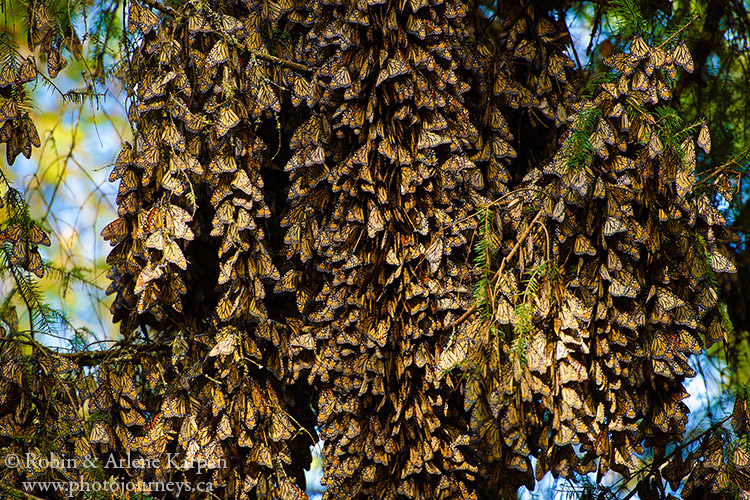 Monarch Butterflies clinging to oyamel trees at the reserve. 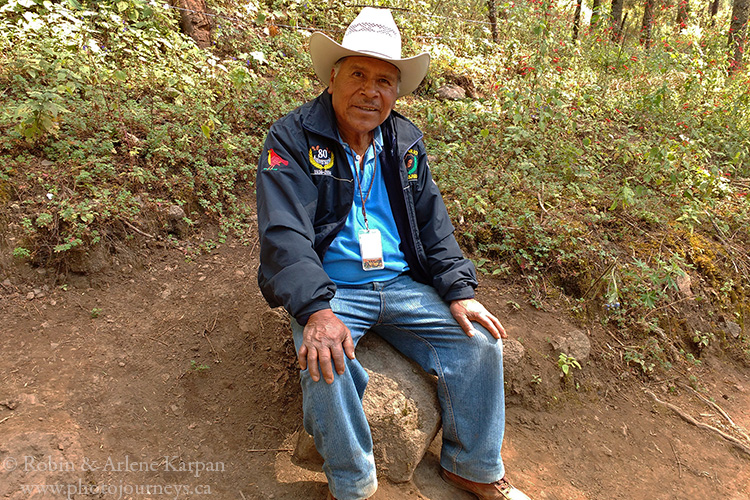 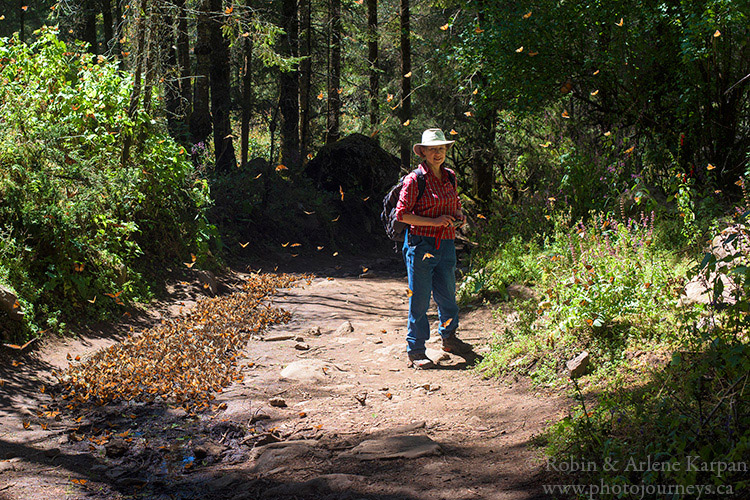 Walking through a butterfly blizzard. 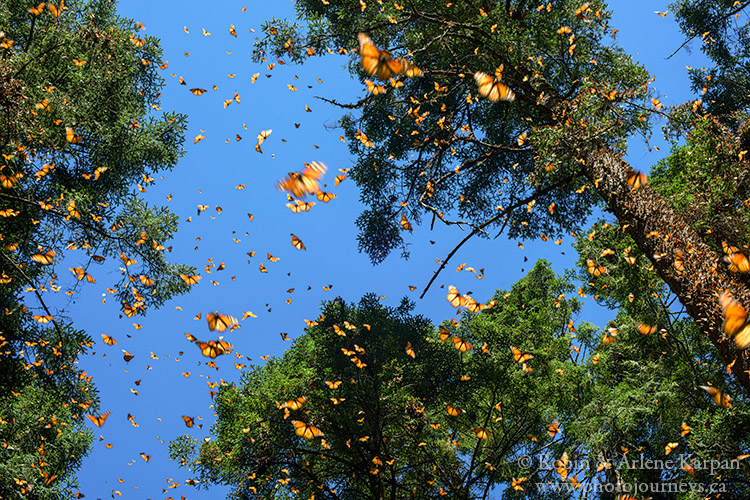 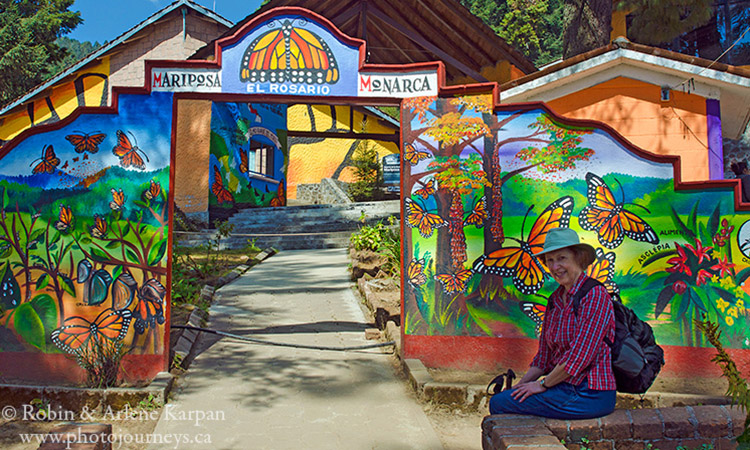 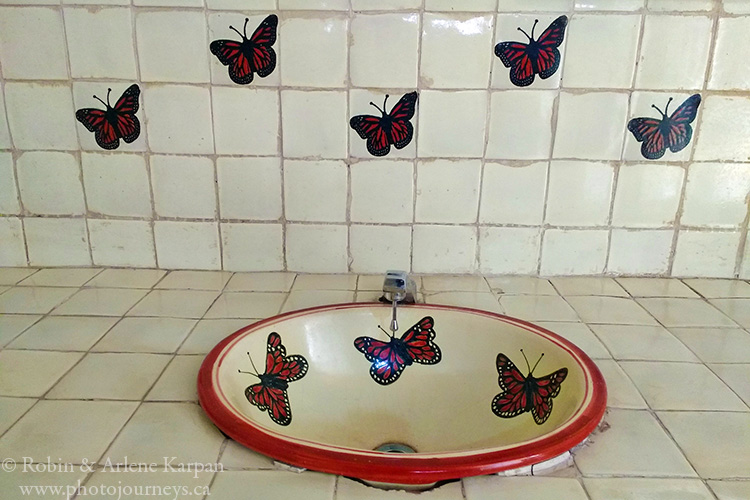 Even the bathrooms at El Rosario have a monarch theme.

Monarch Butterflies clinging to oyamel trees at the reserve. 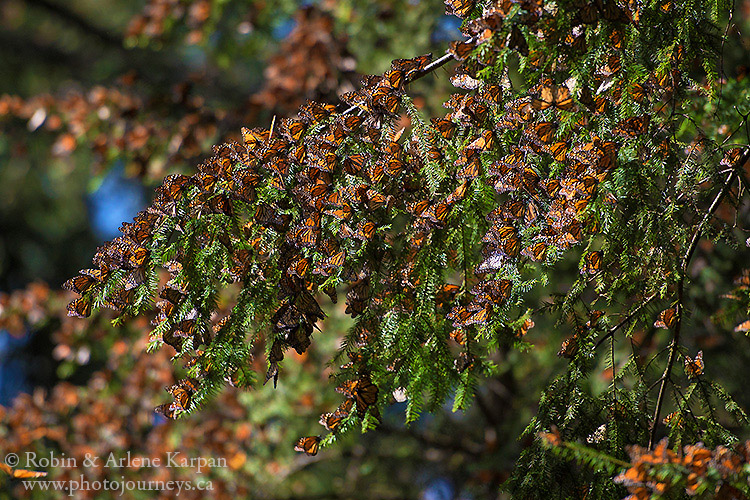 Clusters of Monarch Butterflies on an oyamel tree. 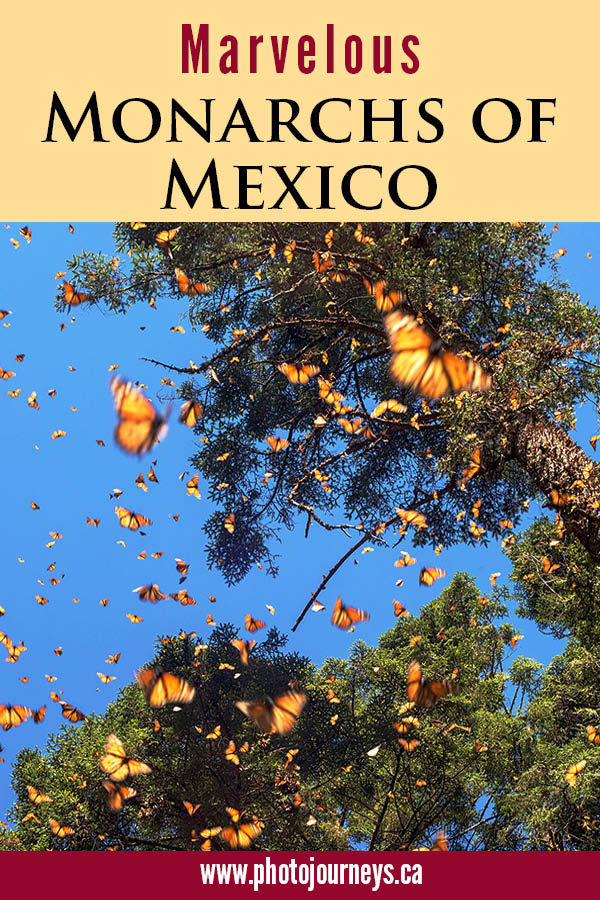