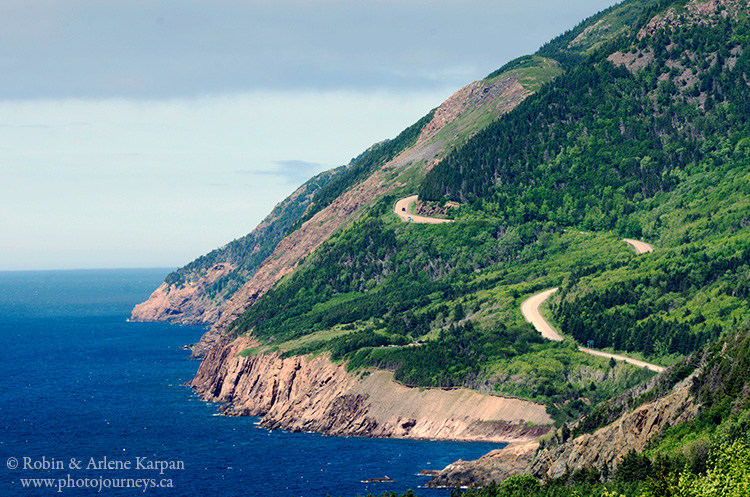 The Cabot Trail on Nova Scotia’s Cape Breton Island ranks among the most scenic drives in North America. While only about 300 kilometres long, it packs in an incredible amount of variety, with breathtaking coastal scenery on both the east and west coasts, forests, picturesque valleys, and Canada’s largest inland sea. 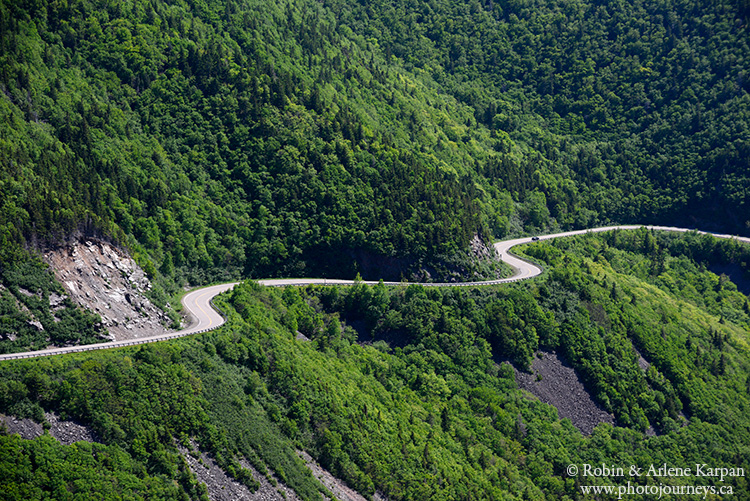 A third of the route winds through Cape Breton Highlands National Park. The most iconic views are along the west coast, south of Pleasant Bay, where the winding road clings to cliffs dropping into the sea. The east coast is just as dramatic, with scenic spots such as Black Brook Beach, Broad Cove, and Ingonish Bay divided in two by a long peninsula jutting into the sea. The most famous landmark on the peninsula is the historic Keltic Lodge, perched atop a rugged cliff. The heavily forested interior in the park has a unique mix of northern and southern plant species not found elsewhere in Canada. 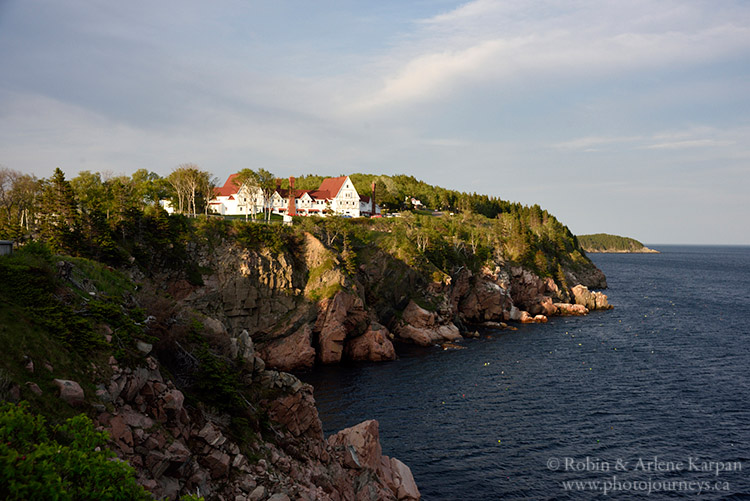 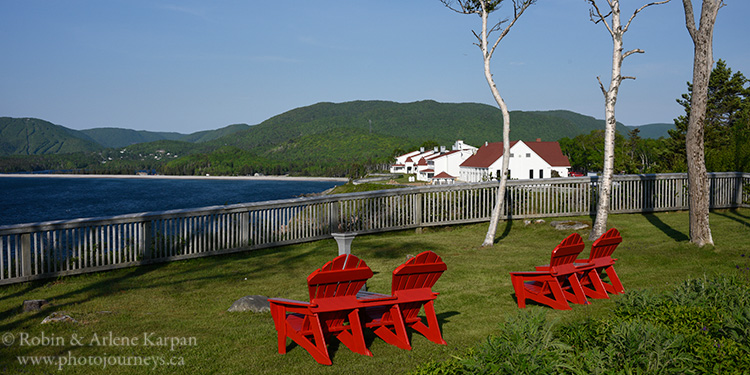 Roadside pull-offs provide for numerous photo possibilities, although your photo ops expand considerably when you hit some of the park’s 26 trails. The Skyline Trail is the best known, providing views over the winding road along the west coast cliffs, while the Coastal Trail is excellent for views over the rocky east coast shoreline. For more details on hiking, see our earlier post. Three Hikes in Cape Breton Highlands National Park

The resort town of Baddeck is usually considered a starting point for the route, since it is a short drive from Sydney, Cape Breton’s main city. The town sits on the shore of Bras d’Or Lake, considered Canada’s largest inland sea since it is a saltwater inlet rather than a true fresh-water lake. The quiet bay has made this a haven for watersports such as sailing, kayaking, and paddle boarding. Baddeck is famous as the home of Alexander Graham Bell, where a museum tells his story and his descendants still have the magnificent mansion that he built. 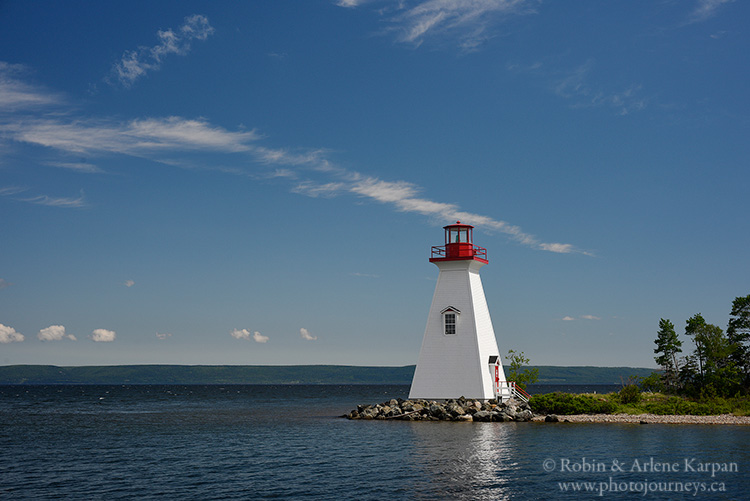 Heading northwest from Baddeck, the Cabot Trail passes through the delightful Margaree Valley, a fertile area that seems a world away from the rugged rocky cliffs farther north in the highlands. The Margaree River is a Canadian Heritage River, famous for fly fishing for salmon and trout. 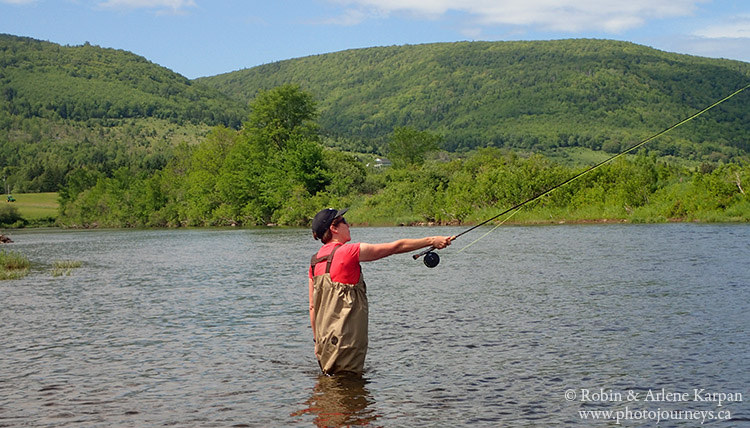 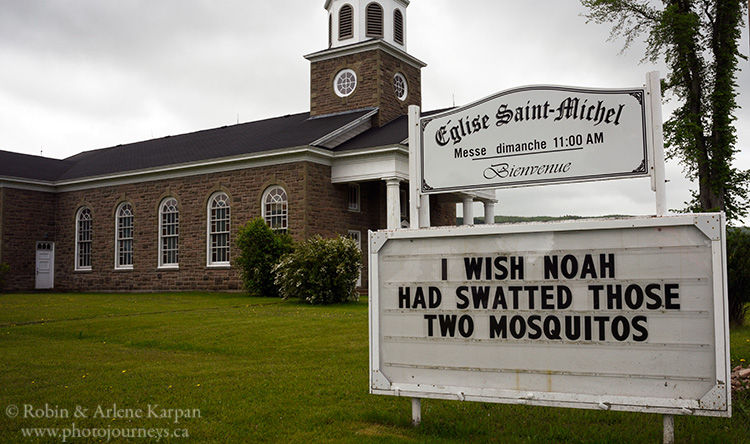 Scottish heritage flourishes almost everywhere in Cape Breton, and many people still speak Gaelic. Baddeck even has its own roaming bagpiper. An exception is around the west coast town of Cheticamp, home to a prominent French-speaking Acadian culture. 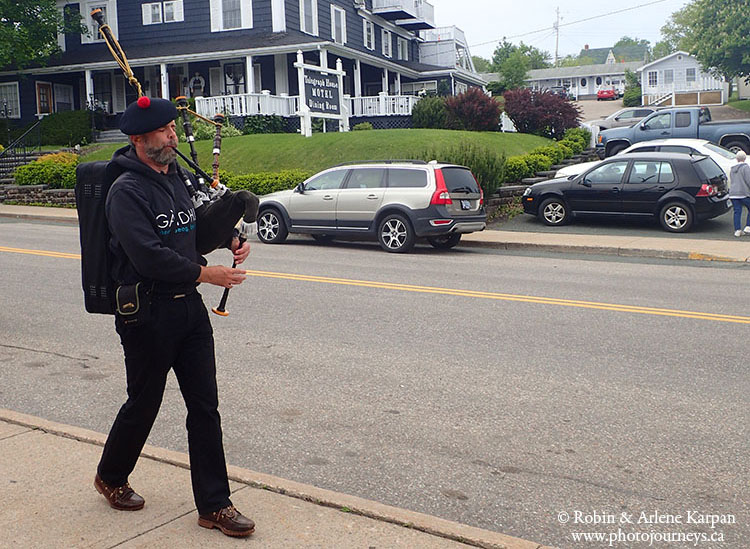 Most important, use the Cabot Trail as a framework for the trip, and be sure to venture onto some of the side roads. In the south, for example, the Margaree Valley has a number of roads to explore through beautiful countryside. But the place to really get off the beaten track is in the northeast, north of the national park. One evening we went to White Point, a spectacular spot for sunset (see our posting Perfect Evening at White Point). One morning we went for sunrise to Cabot’s Landing Provincial Park. It was here that the highway’s namesake, John Cabot, first landed in 1497. The rising sun illuminated the long, red-sand beach, and we had it all to ourselves. 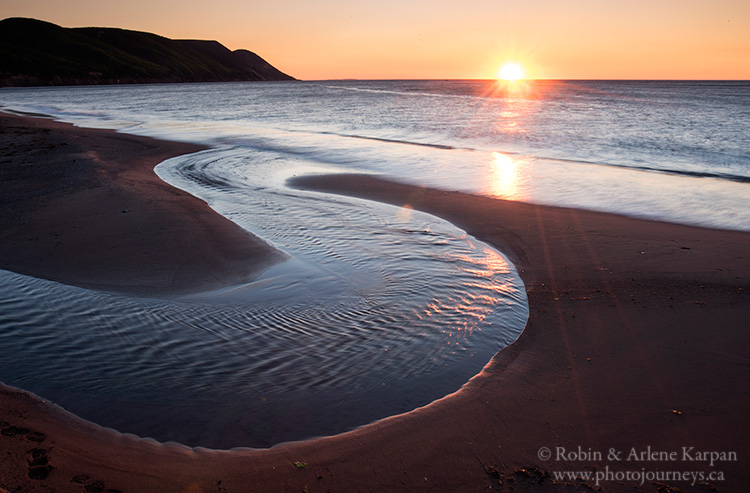 While you can drive the Cabot Trail in a day, we would consider three days as the minimum to allow, and much longer if possible. People debate as to whether it is better to drive it clockwise or counter-clockwise. We don’t see a significant advantage either way, although by driving counter-clockwise you’ll be on the outside lane for the best coastal views and it may be a bit easier to turn onto the roadside pull-offs. 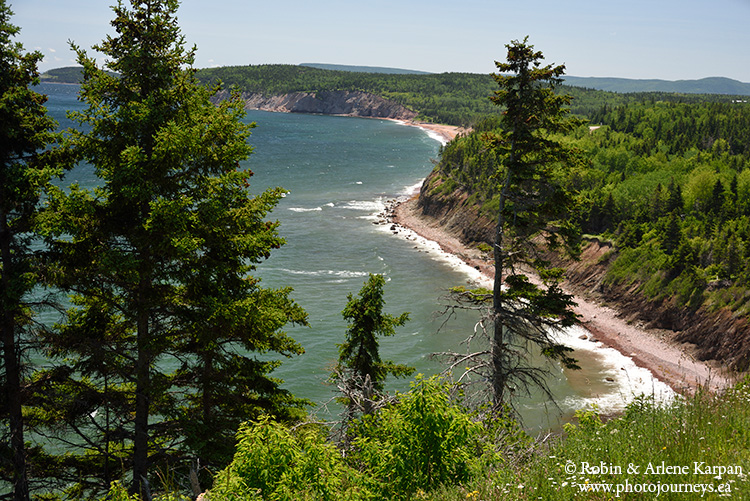 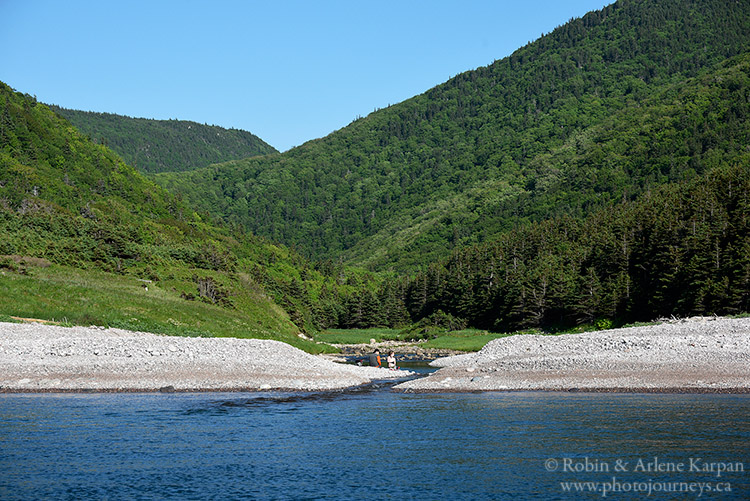