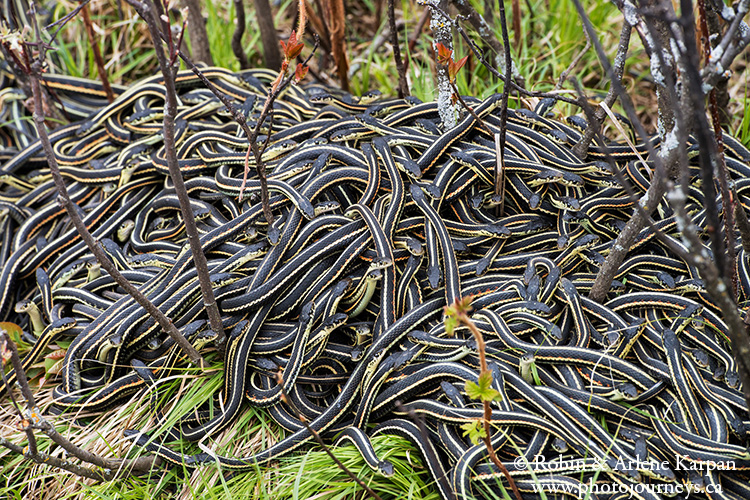 In 1874, the North West Mounted Police made their historic March West, and established the first Mountie headquarters at Fort Livingstone on the banks of the Swan River in what is now eastern Saskatchewan. This was also site of the first capital of the Northwest Territories. What they didn’t know at the time was that they had built the most important institutions in western and northern Canada right on top of a huge garter snake hibernaculum. Come spring, the snakes emerged by the thousands to carry out their age-old mating rituals. Journals written at the fort make many references to the snakes getting into everything and causing quite a fuss. 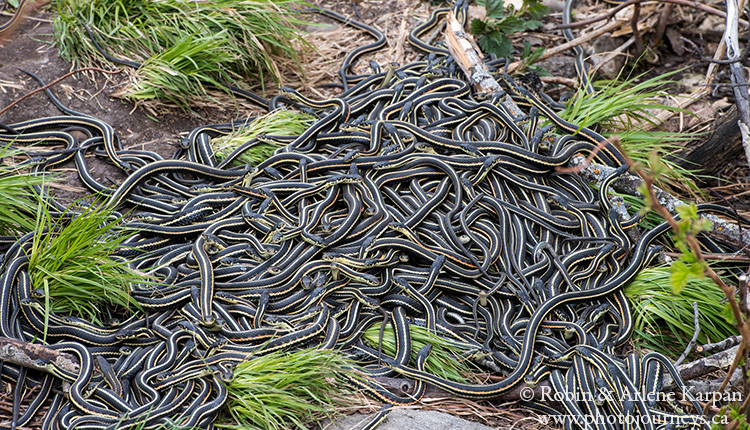 Whenever there is a conflict between wildlife and people, it’s usually the wildlife that loses out. But not here. The fort is long gone, although the site is preserved as Fort Livingstone National Historic Site. All that remains is an historic marker and a few plaques documenting its former glory. The snakes prevailed, and now they have the place all to themselves. So every spring they continue to emerge for their annual orgy. Thousands of writhing reptiles form enormous undulating mating balls, so thick and so intertwined that it’s hard to imagine how they get untangled. Some roll down the slope in a coiled mass. Some break into smaller groups or sometimes small groups join into a bigger mass. 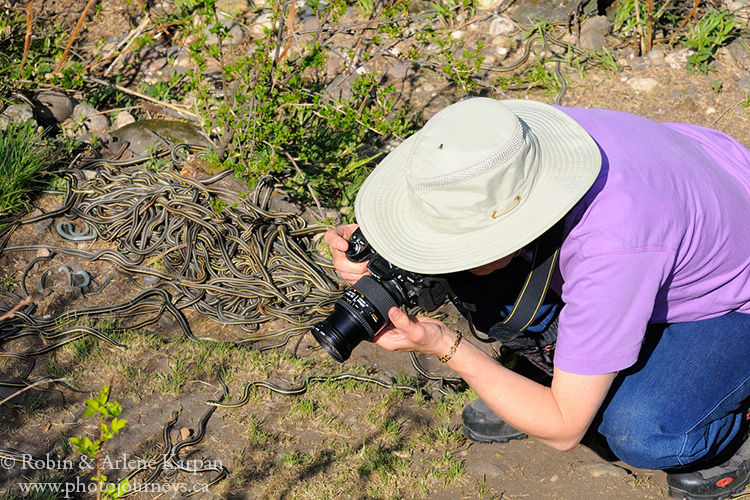 Head to the village of Pelly on Hwy #49. Take the grid road directly north of Pelly for 5 km, then turn west at the sign for Fort Livingstone. A bit past the historic marker, walk north for a few metres to the riverbank. There will likely be snakes on the rim of the valley, but the biggest concentrations are usually just over the rim and on the riverbank slopes.

It’s a short window to catch this phenomenon—a couple weeks or so in early May. Mother’s Day is usually considered about prime time, although weather conditions could affect when the snakes appear. A warmer than normal spring could bring them out earlier, while cold weather may keep them in their dens longer. Call the village office in Pelly for an update on their activity (306-595-2124). 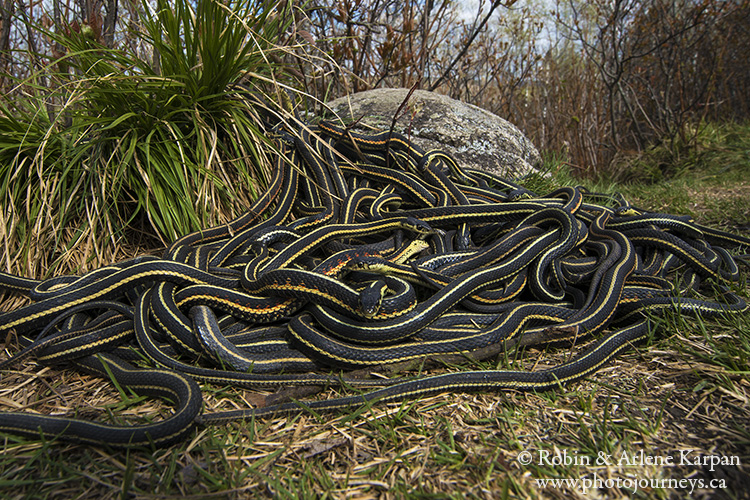 Take care not to disturb the snakes. If you approach the riverbank slowly and carefully, walking as softly as possible, there is less chance of disturbing them. If you stand in one spot for a while, they seem to accept you as part of the landscape and might even start crawling over your feet. An overcast day with even light is best for photography. Much of the activity takes place among the bushes, or on the slopes of the bank in partial sun and partial shade. Direct sunlight in these areas makes for harsh, overly contrasty shadows.

We describe more about photographing the snakes of Fort Livingstone in our book Photographer’s Guide to Saskatchewan. 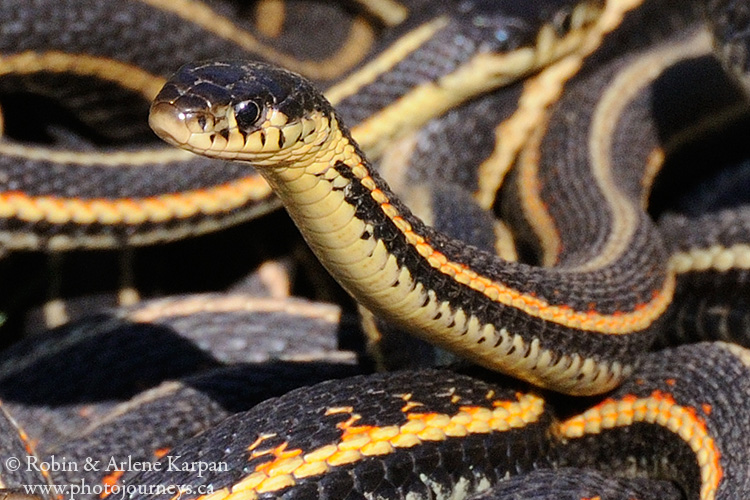