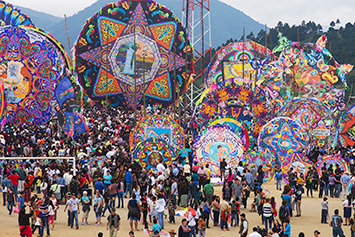 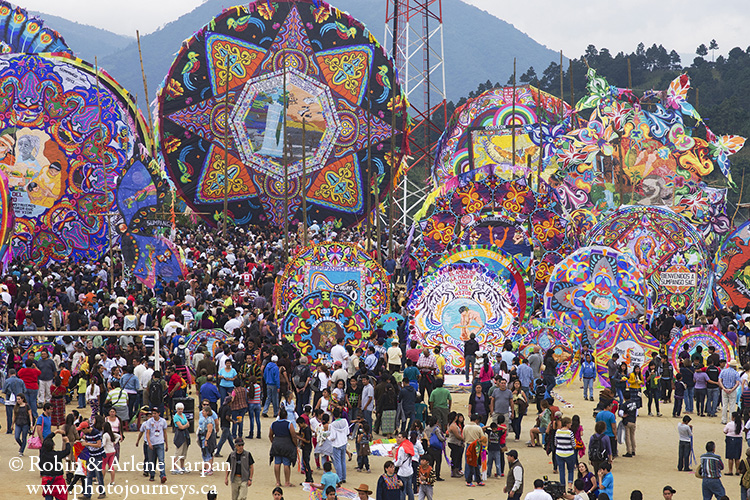 November 1 is All Saints Day, an important holiday through much of Latin America. But the small town of Sumpongo, Guatemala puts its own special spin on the holiday by combining it with a major kite festival, making it one of the most popular events for visitors to this Central American country.

Traditionally, kites were flown in the graveyard. It is believed that spirits of the departed are closest to Earth at this time of year, and that family members can communicate with them by flying kites. Another belief is that the soaring kites can ward off malevolent spirits up to no good. 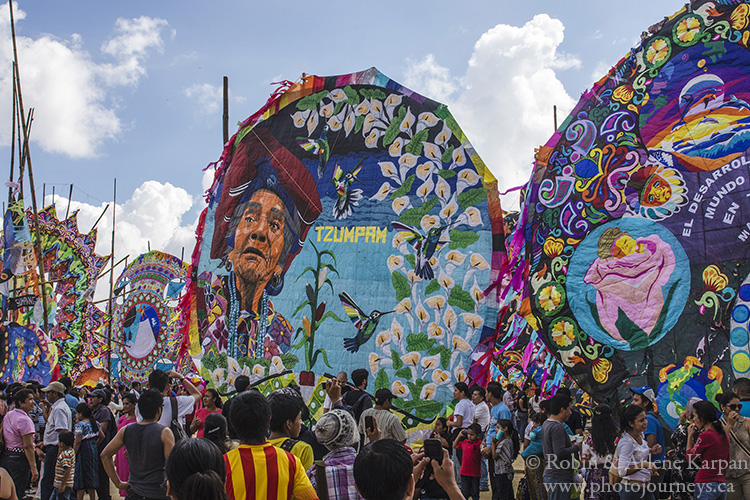 November 1 has long been a day to visit the cemetery, clean and spruce up the graves of family members, and bring fresh flowers. As we wandered through the Sumpongo cemetery, we saw people giving grave markers a fresh coat of paint. Others covered graves completely in yellow marigold blossoms – traditional flowers of the dead. Drink offerings are sometimes left for the departed. One family left Coca Cola, and another left rum. 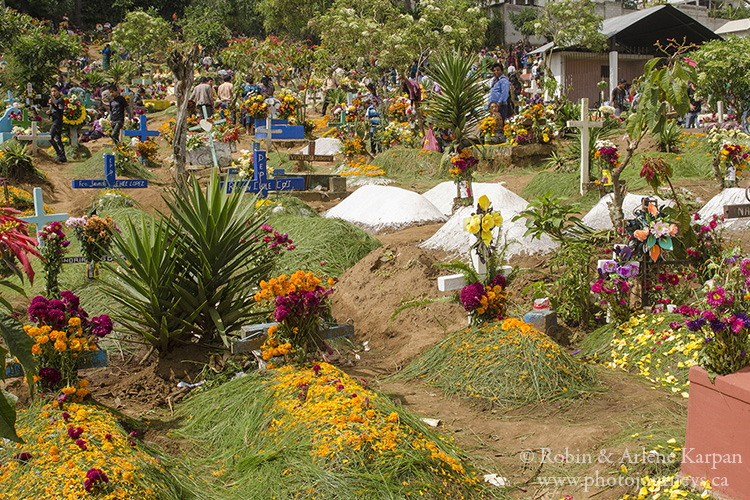 Dressed in their Sunday best, families sat down to a picnic amid the flower-strewn graves. Kids ran around flying kites, while an ice cream seller did a thriving business from his hand-wheeled cart. Music played as we followed throngs of visitors wandering around. The only unusual part of the festive atmosphere is that we were in a cemetery.

While kids flew small kites in the cemetery, the real kite action was a few blocks away in the soccer stadium. We followed the long stream of people past the unending line of food stalls serving anything you can imagine. The special food of All Saints Day is Fiambre, a cold salad and meat platter that can have 50 or more ingredients. No two are alike, since each family has its own recipe passed down through generations.

Gigantic kites filled the stadium. Some up to 20 metres across were meant as pieces of art rather than for flying. We watched as final touches were made to one lying flat on the ground. While kites are constructed to be as light as possible, with a frame of bamboo poles and covered with coloured paper, it can still take ten people to hoist one up.

Some kite designs go beyond flamboyant decoration and carry a deeper message. Several related Mayan stories and identity. Others had religious symbols, celebrated nature, or called for an end to child labour. Most were round, but a few had intricate patterns of mythical creatures that would have taken some careful engineering to build. Organizations or communities often spend months making their kites. All are hand painted, and when it comes to making something colourful, Guatemalans tend to go all out.

Many kites were made to fly in a competition, including some so large that we wondered if they could ever get airborne. The kites’ proud owners ran across the field trying to catch the uplifting breeze, as a commentator on a loud speaker shouted encouragement. We decided to give them a wide berth, since the painted monsters sometimes floundered in the light winds, and came crashing down among the spectators. It seemed that watching kite crashes was just another part of the day’s entertainment.

Leaving the stadium, we walked down the hill to the highway where we would catch our ride back to Antigua where we were staying. Here we passed yet another crowd of people – some flying their own kites on the hillside where the breeze was slightly stronger, but most picnicking, or just sitting out and enjoying the holiday. It had been a delightful though unusual day, where honouring the dead melds with celebration, feasting, a kite extravaganza and, in true Guatemala style, a riot of colour.

Despite Sumpongo being a small off-the-beaten-track town, getting there is usually not a problem. All Saints day is such a major event that travel agents and transport companies often arrange special day trips from various places around the country, and especially from Antigua which is only a short drive away.

Feel free to PIN this article on the Kite Festival in Sumpongo, Guatemala 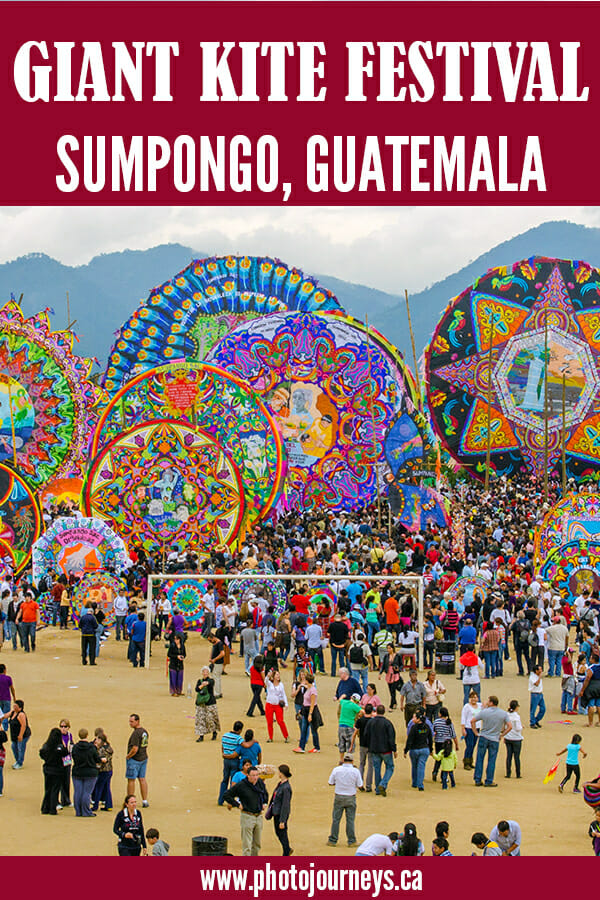