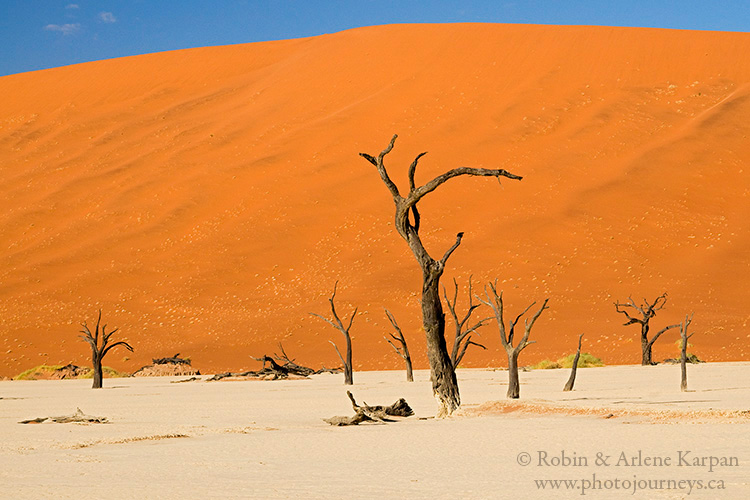 Dead Vlei is an ancient marsh that dried up hundreds of years ago.

When we think about places with magical landscapes, Namibia always springs to mind. For a photographer, a visit there is like dying and going to heaven. Some of the scenes are almost unreal, especially the colours. When we looked at photographs before our first trip to Namibia, we kept asking – are those colours for real, or are people just getting too carried away with Photoshop? Once there, it was exhilarating to find that they are indeed for real – orange sand that turns a kaleidoscope of shades with the direction of the sun, or mountains with tinges of fire-engine red. It is one of those rare places that more than lives up to the hype.

Our experience with Namibia, so far at least, has been limited to the south, in places such as the sand dunes of Namib-Naukluft National Park, and the intriguing quiver tree forests. We are excited to be making another trip to Namibia shortly, returning to the sand dunes (the largest in the world) for more photography, plus exploring other parts of the country that will be new to us. So be sure to subscribe for more photos and stories of our adventures in this fascinating country. 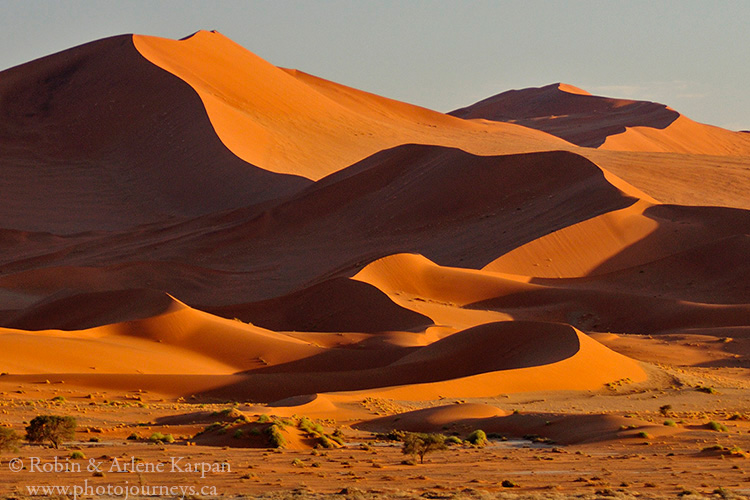 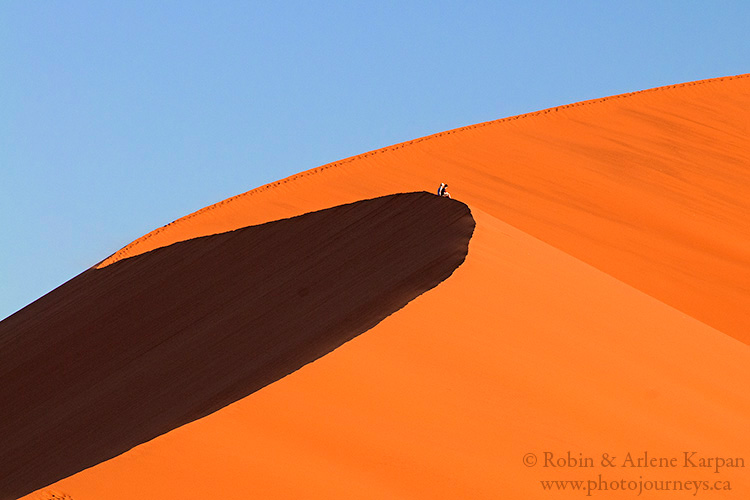 Visitors look like tiny dots, half way up Dune 45. The dune is so named because it is 45 kilometres from the entrance to the park. It is the most popular dune to climb since it is right beside the road.

View from the top of Dune 45 at sunrise. The sand always a reddish-orange hue. but the colours become even more intense with the low angle of the sun. 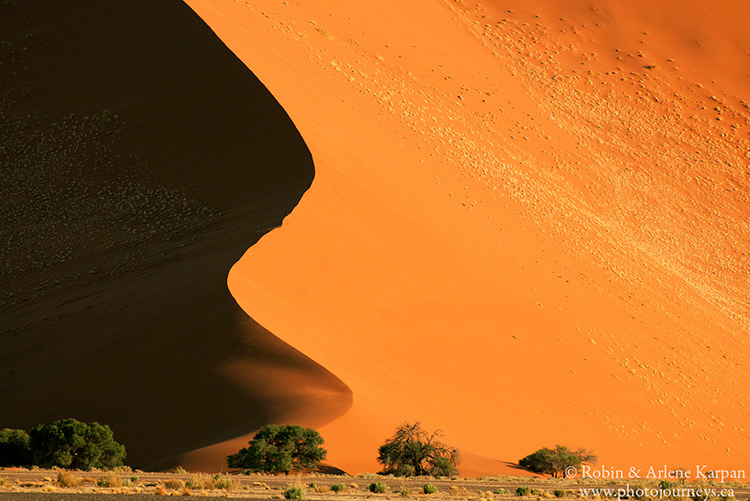 Trees are dwarfed by the massive dune 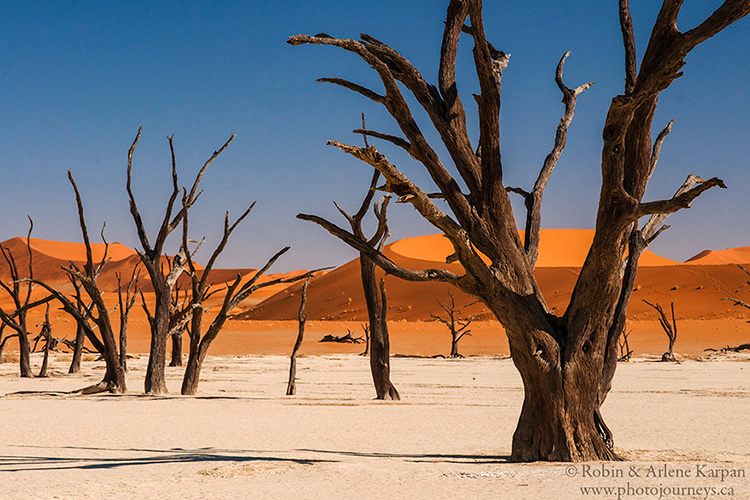 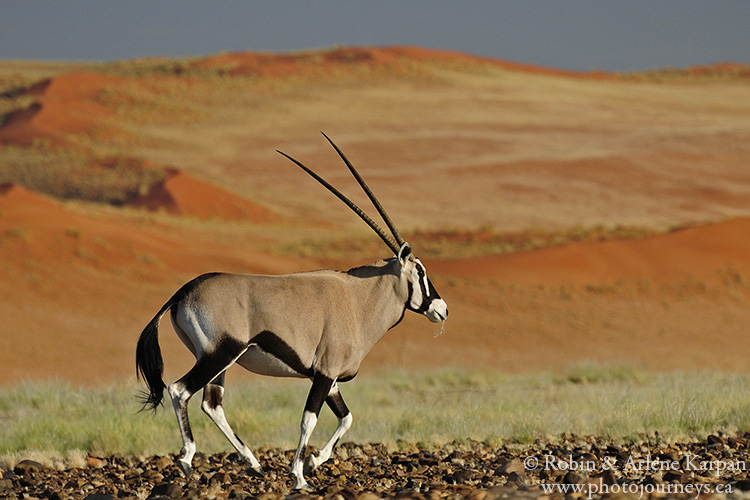 Gemsbok are one of the few large animals that seem to thrive in the desert. 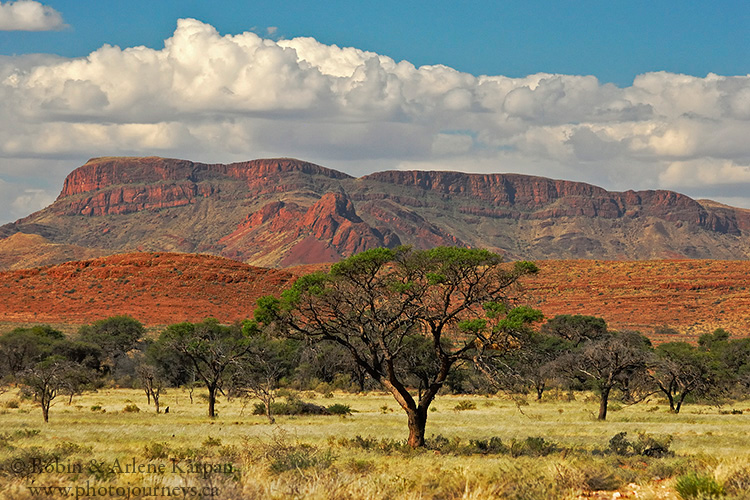 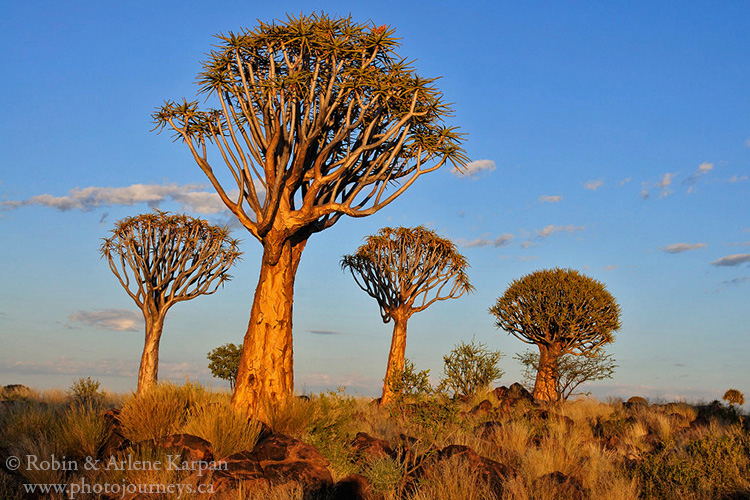 Despite the name, they aren’t trees at all, but rather giant aloe plants. The name originates with the San Bushmen, who used the mostly hollow branches of the trees as quivers for their arrows. 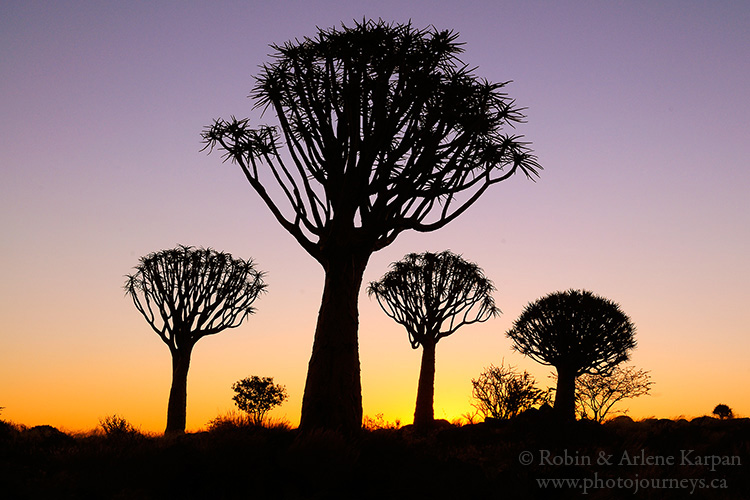 The best thing about this quiver tree forest is that here is a campground right next to it, so we could photograph at both sunset and sunrise. 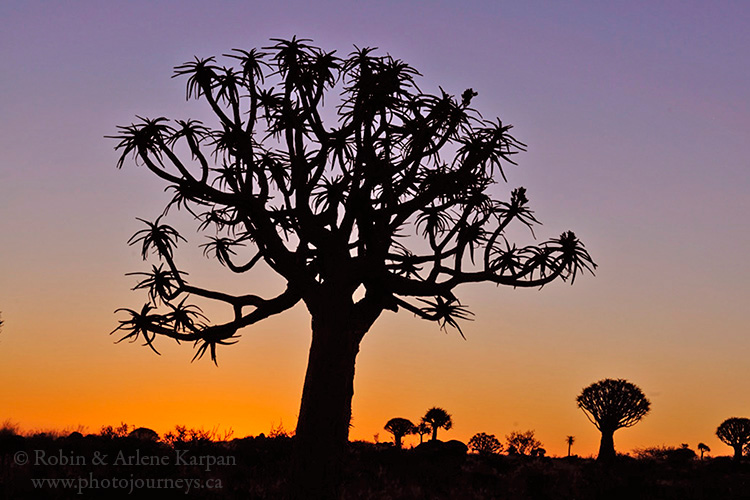 Another tree at sunrise 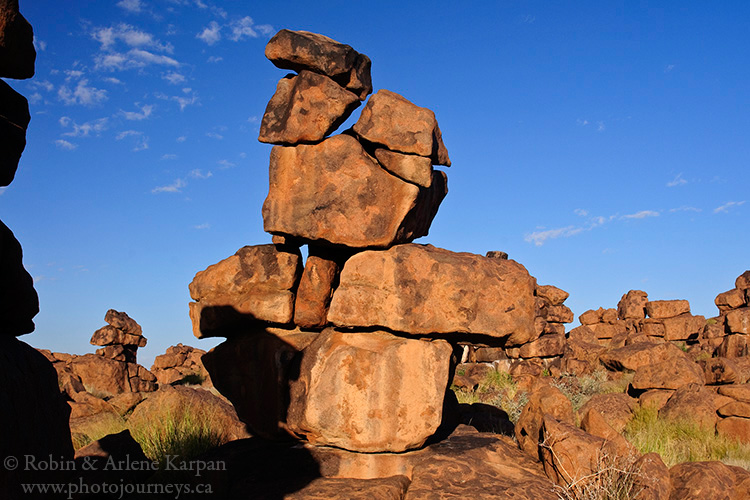 The Giant’s Playground is a fascinating area of dolerite boulders that have weathered through eons into bizarre shapes. They are a natural formation, although it looks like a giant has been playing around with over-sized lego blocks. 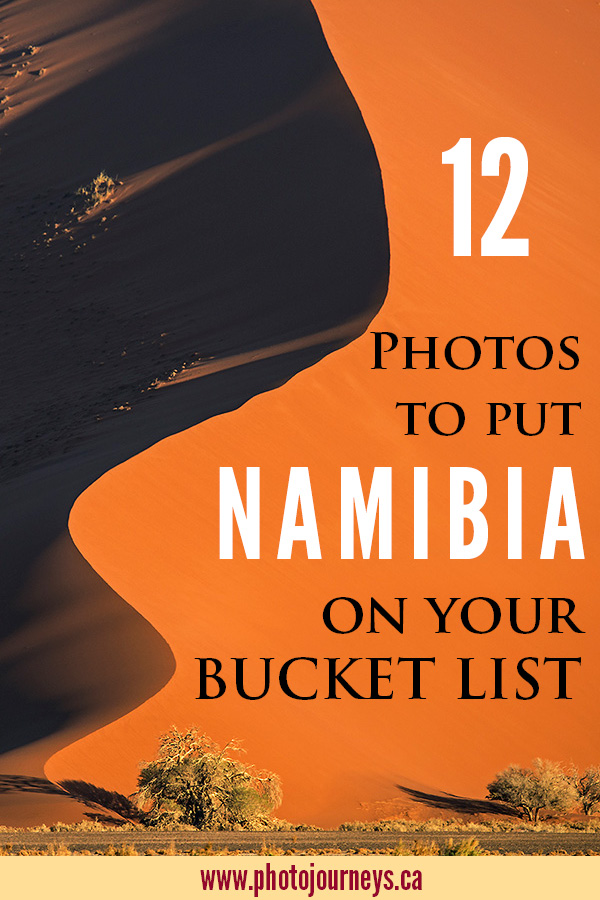