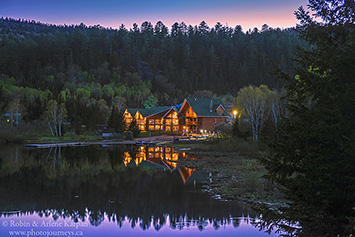 The biggest challenge in travelling to Quebec is deciding where to go. As Canada’s largest province, the array of attractive possibilities can be overwhelming. A great place to start is a region identifying itself as Authentic Quebec, a blending of some of the best that La Belle Province has to offer, but in a manageable size.

Situated between Montreal and Quebec City, and a bit to the north, the regions of Lanaudiere and Mauicie stretches from the rich agricultural plains of the St. Lawrence River Valley to the lake-studded forests of the Laurentian Mountains. Away from the big cities, but close enough to be accessible, it’s part rural, part cottage country and part wilderness, with a healthy dose of history and traditional culture.


Postcard views pop up around every turn and dairy farms dot the rolling hills. Farther north we find a series of forested parks and nature reserves, the largest being La Mauricie National Park. The region has about 30,000 lakes and a vast network of rivers and streams. Driving between villages, we often came across wild white water and impressive waterfalls close to the road. 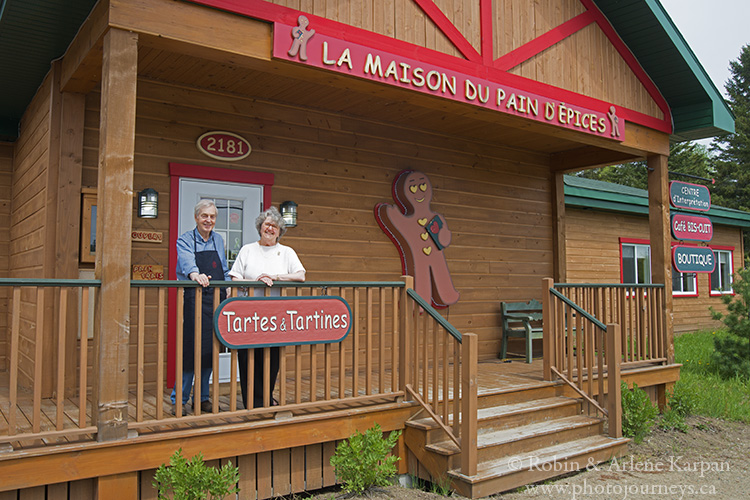 La Maison du Pain D’Epices (Gingerbread House) is one of many places to eat. More than a restaurant, it is also part of a charity devoted to literacy and helping children in need both close to home and abroad.

Agritourism is big in the area north of Montreal. Suggested driving routes guide you to everything from fruit orchards to honey producers, wineries and places to buy locally produced meats, maple syrup, chocolates and more. A highlight is enjoying the many locally made cheeses.


Our most memorable stop was at a monastery. The Abbey of Val Notre Dame sits on a beautiful forested plateau overlooking the Assumption River. The Trappist monks first became famous as founders of Oka Cheese.

Abbott Father Andre said the order is required to be economically self-sufficient. Cheese making fit the bill for many years, but as the business grew and the number of monks declined, they sold the cheese operation, moved to this secluded location and built a smaller monastery to accommodate the 24 monks.


They turned to chocolate making, and soon gained a reputation for specialties like haskap chocolates. They also process and package natural forest products such as Labrador tea and dried mushrooms, and offer lessons on how to find edibles in the wild. Their signature product is fruit cake, made with green tomatoes. They have been successful in convincing people that fruit cake should be eaten anytime, not only at Christmas.

The main monastery wooden building was designed to blend into the forest, with the interior carefully engineered for acoustics. An interesting idiosyncrasy of the order is that the monks do not speak during the day, yet they sing several times a day in choral prayer.


Throughout the area, the underlying theme is getting close to nature, but doing it in comfort, while enjoying a stay at any of the lodges and hotels in attractive settings. One such lodge is Auberge du Vieux Moulin, beautifully situated on a tiny Goyer Lake, with a heavily forested hills as backdrop. The Black River flows beside the lodge, with its series of small waterfalls. They even make their own maple syrup on site.


Auberge du Lac Taureau is another favourite, so much so that it won the Luxury Travel Guide Country Inn of the Year a few years ago. It’s located on a large, island-studded lake at the end of the road on the edge of forested wilderness.

Different again is Le Baluchon Eco Resort which has won awards for its design which helps to preserve the environment and local heritage. It had its origins years ago as a student design project which was not only successful, but developed into a major resort. An added touch is that part of the property was the set for an historical TV series, so they were left with 18th century building such as church and windmill.

One of the best views we had was from the Hotel Sacacomie, a hilltop log complex overlooking Sacacomie Lake, with a backdrop of forested hills in the Mastigouche Wildlife Reserve. Guests come for a range of activities from fishing to canoeing, hiking and wildlife viewing.


But the hotel’s star attraction is its guide, Gaspard Bourke, a larger-than-life character and local legend.The former trapper and wilderness expert’s job is to introduce visitors to the flora and fauna and help them appreciate nature.


He dresses the part of a quintessential traditional woodsman, with a red checkered lumberjack-style shirt and feather-adorned floppy hat. We followed Gaspard along forested trails to a trapper’s cabin where he spoke about the life of a trapper in the bush and how nature can refresh your spirit.

“Listen. Let nature speak to you,” he often said. 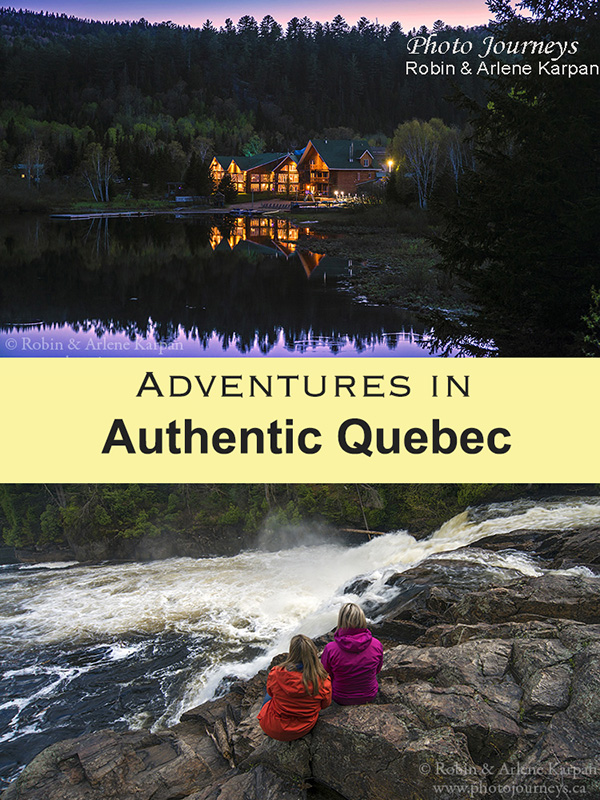 1 thought on “Adventures in Authentic Quebec”