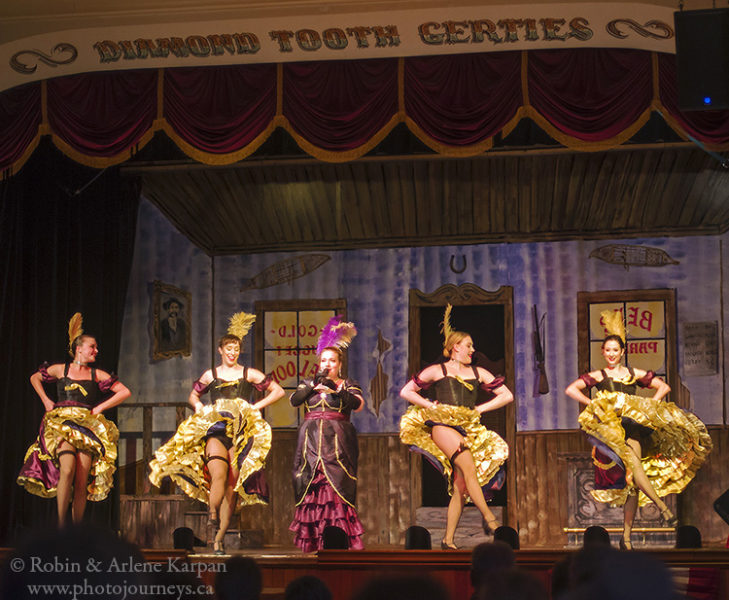 Mention Yukon, and something that immediately springs to mind for most people is the Klondike Gold Rush. Reminders are everywhere, especially in Dawson City. Diamond Tooth Gerties is an historic gambling hall with nightly Can-Can shows reminiscent of the late 1890s.

Yukon’s slogan, “Larger Than Life”, says it all. This is a land of magnificent landscapes, a compelling history, and a photographer’s dream. We just got back from a short trip concentrating on two of the territory’s most prominent destinations – wildly impressive Kluane National Park and historic Dawson City – along with stops in Whitehorse and a few other spots in between. We’ll be getting into more detail on some of the places in future posts, but in the meantime here are 20 of our favourite images from the trip. It certainly whet our appetite for seeing even more of this special part of Canada. 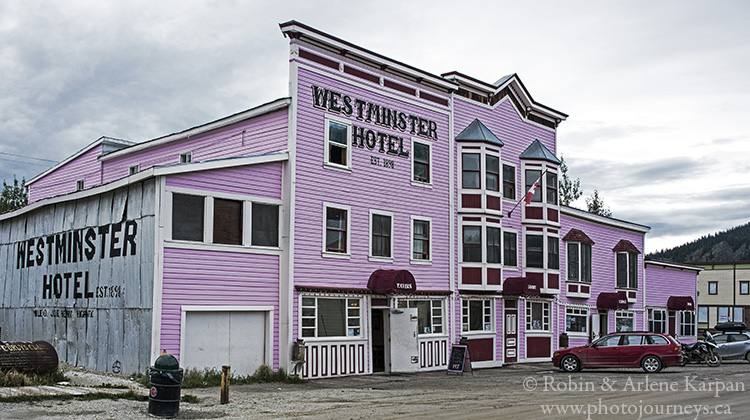 The Westminster Hotel is the oldest hotel in Dawson City, established in 1898 in the midst of the gold rush. Today it is a popular watering hole, with a tavern called The Pit. 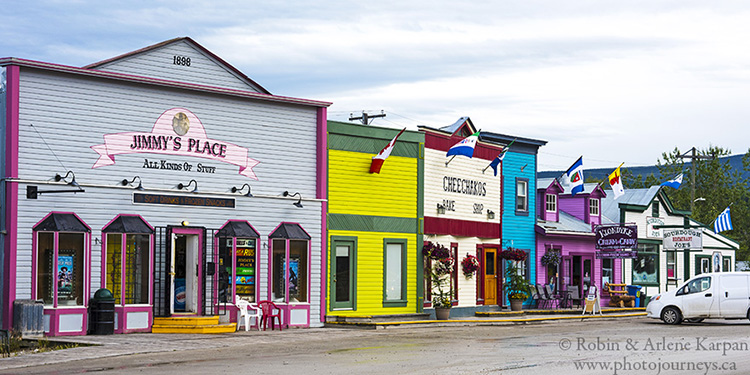 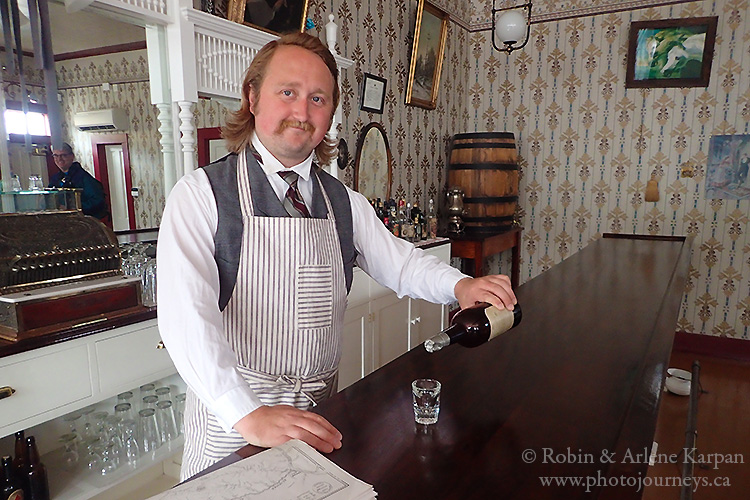 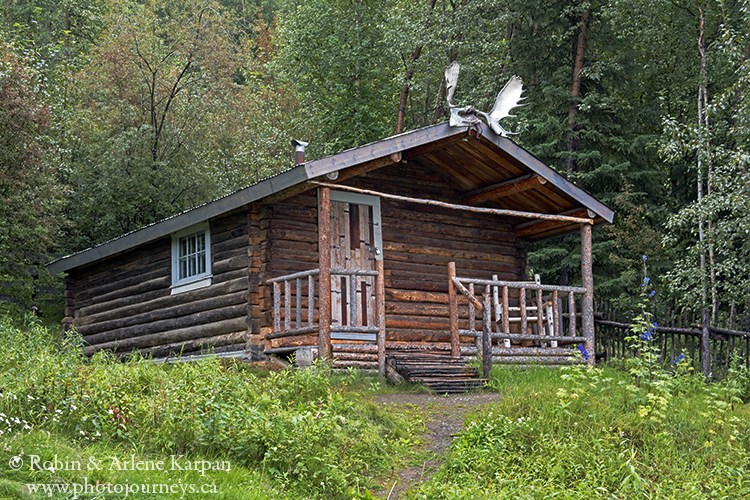 Known as the “Bard of the Yukon”, poet Robert Service immortalized the lore of historic Yukon with favourites such as “The Cremation of Sam McGee”. In Dawson City, we can visit the cabin where he lived and worked. 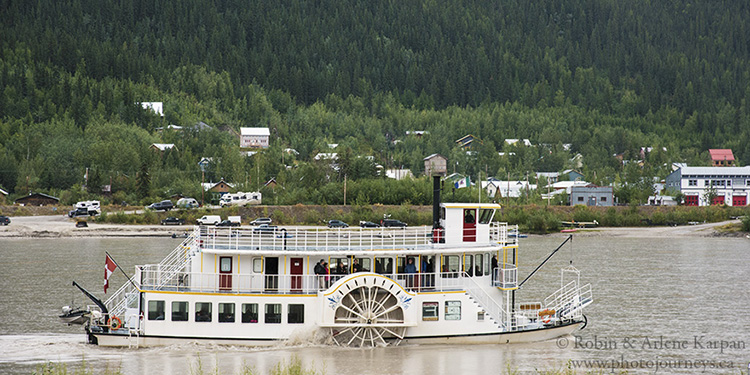 The Klondike Spirit paddlewheeler takes visitors on a trip along the Yukon River past Dawson City. 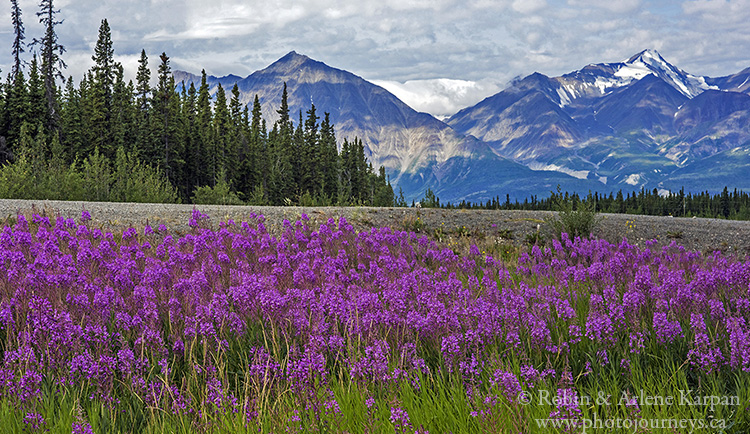 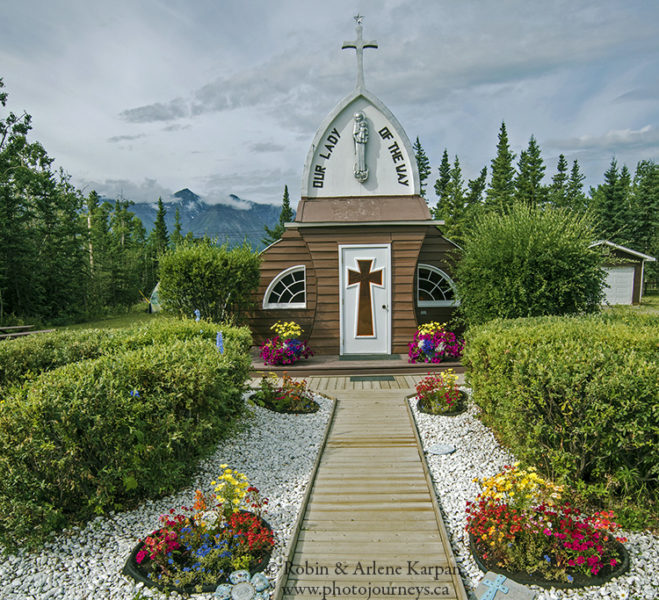 Our Lady of the Way Catholic Church in Haines Junction. The tiny church was built in 1954 from a simple metal quonset, fitted with a more elaborate front. It is considered the most photographed church in Yukon. 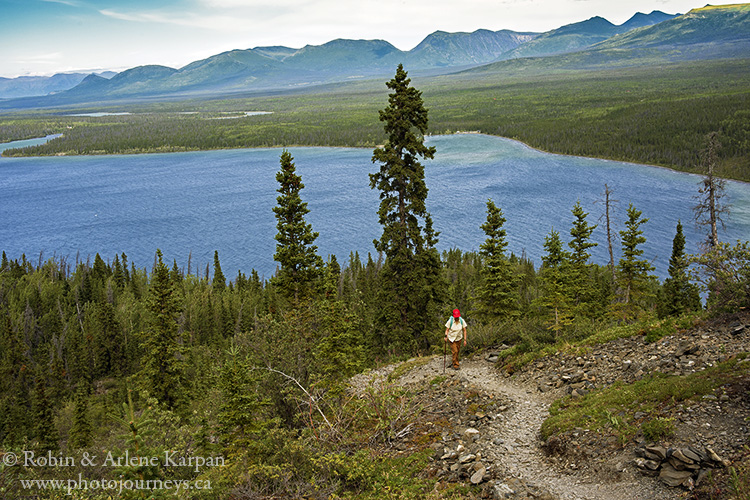 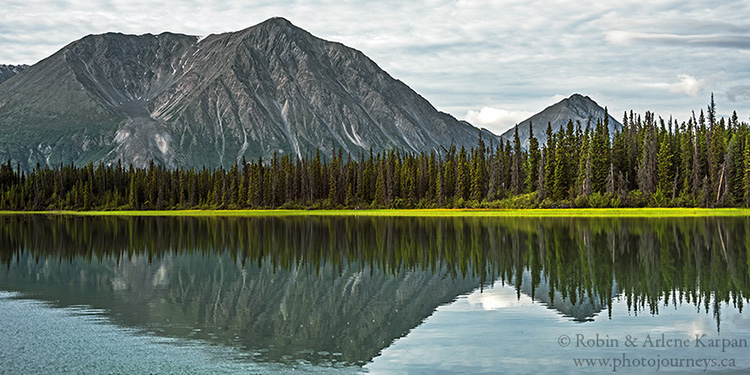 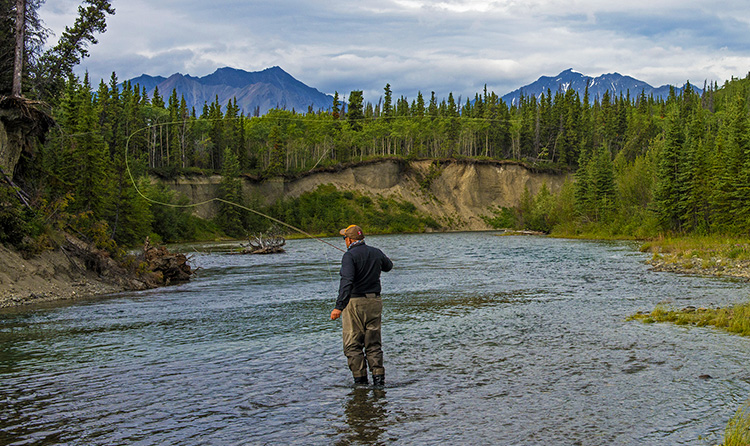 Fly-fishing in the Kathleen River, near Kluane National Park, Yukon. 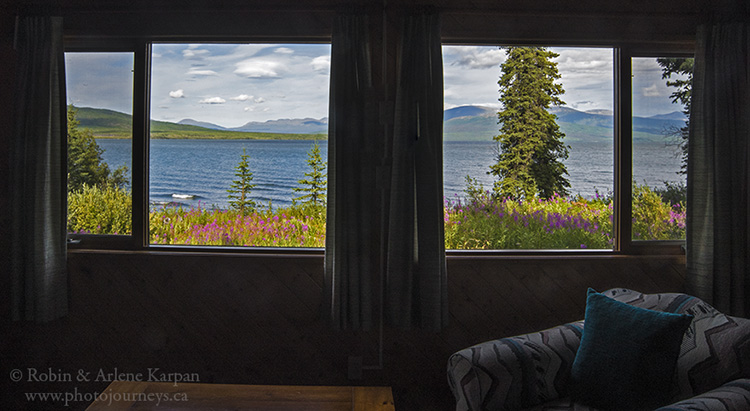 Room with a view. Looking over Dezadeash Lake from our cabin at Dalton Trail Lodge 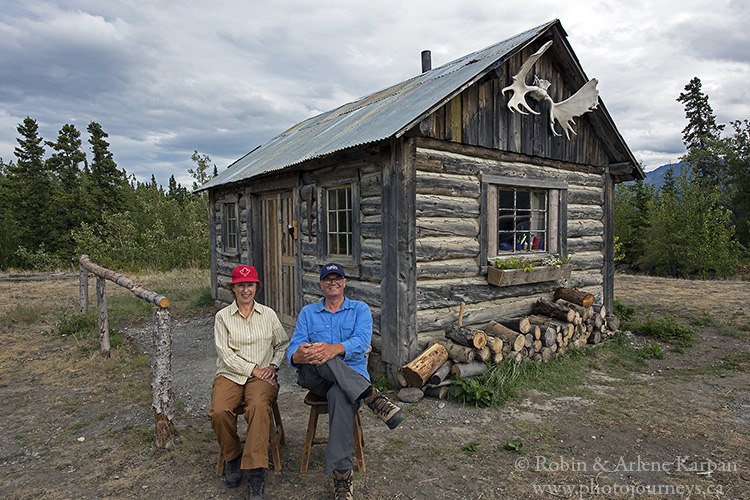 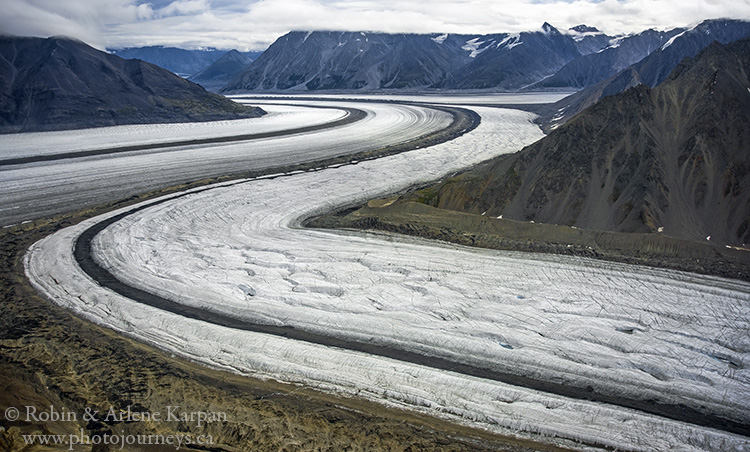 The massive Kaskawulsh Glacier as seen from our flightseeing tour with Icefield Discovery – one of the most amazing sights anywhere. 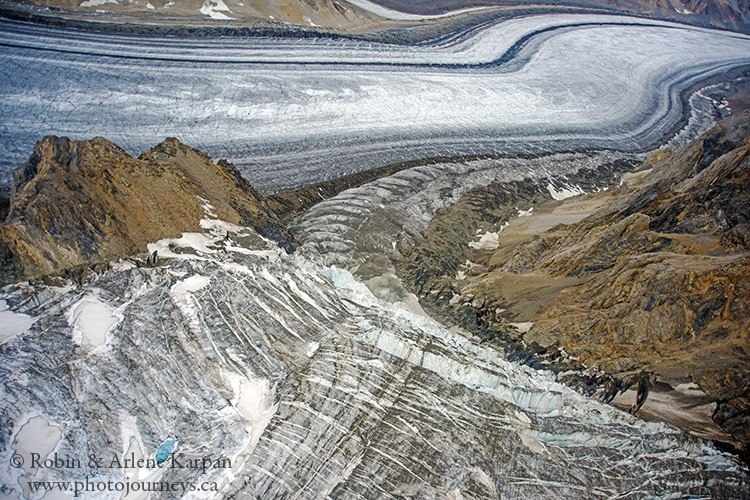 Smaller glaciers joining the Stairway Glacier, which is part of the larger Kaskawulsh Glacier complex. 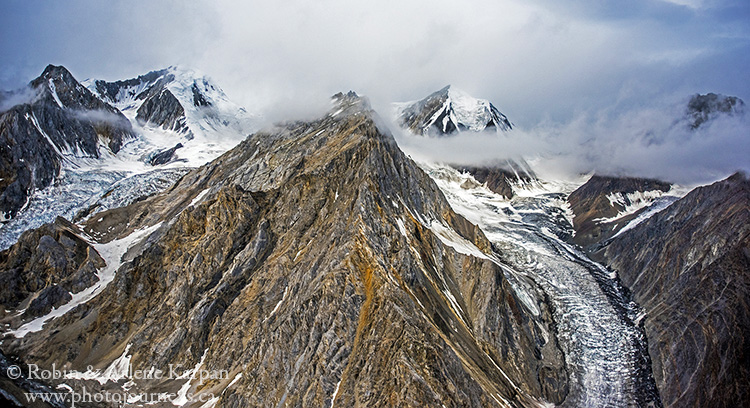 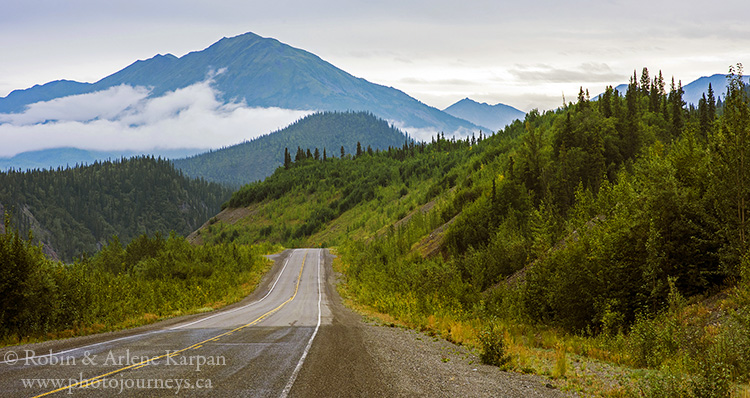 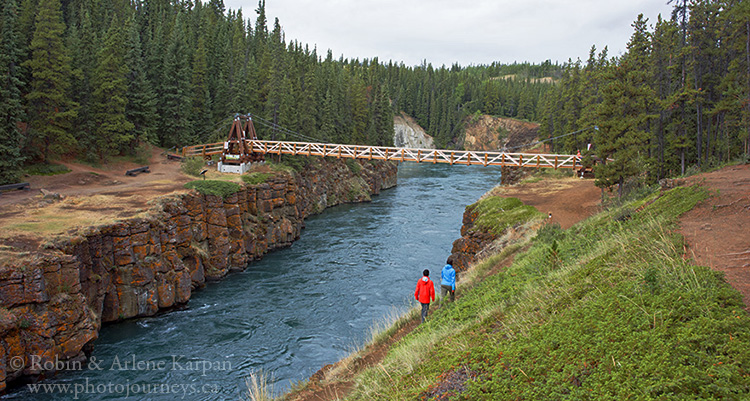 Hiking trails along Miles Canyon, where the Yukon River narrows just outside Whitehorse. 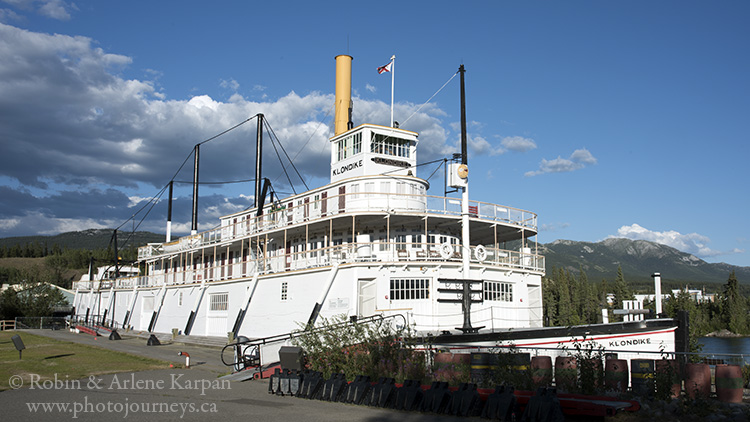 The restored SS Klondike, now a National Historic Site in Whitehorse. It was the largest sternwheeler that once travelled the Yukon River between Whitehorse and Dawson City. 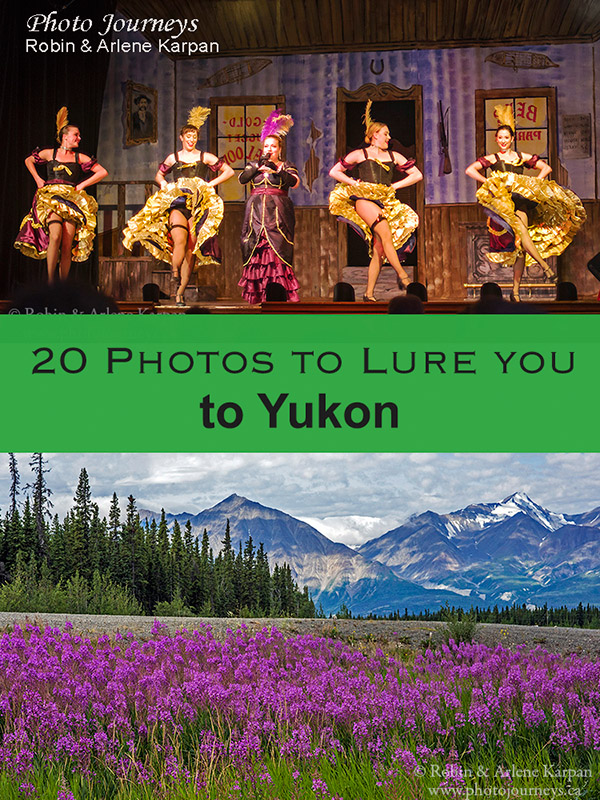 20 Photos to Lure you to Yukon