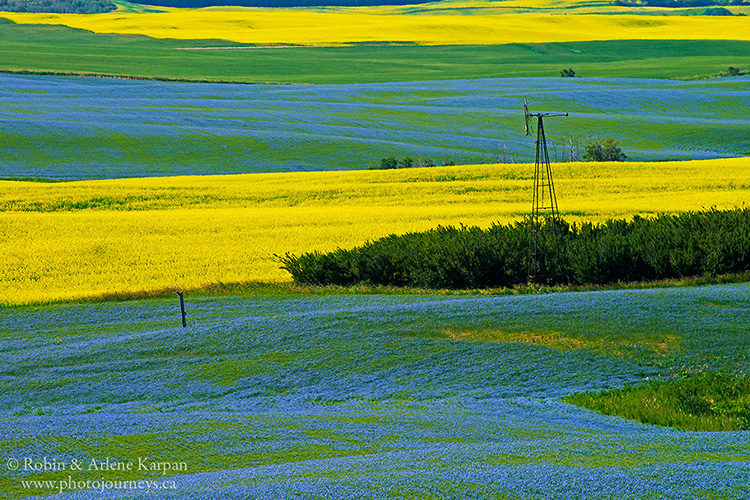 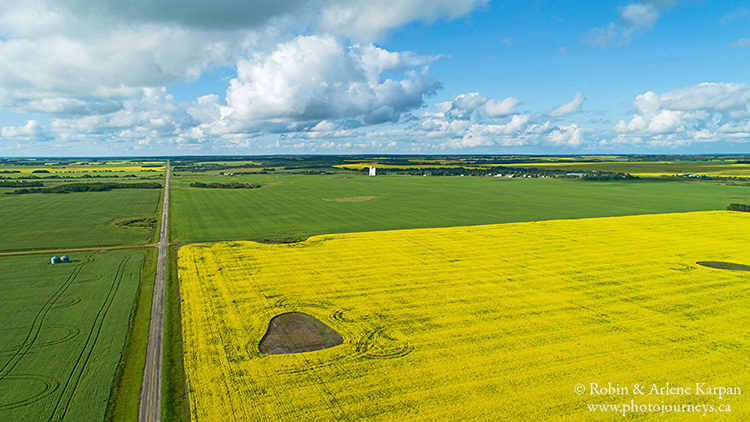 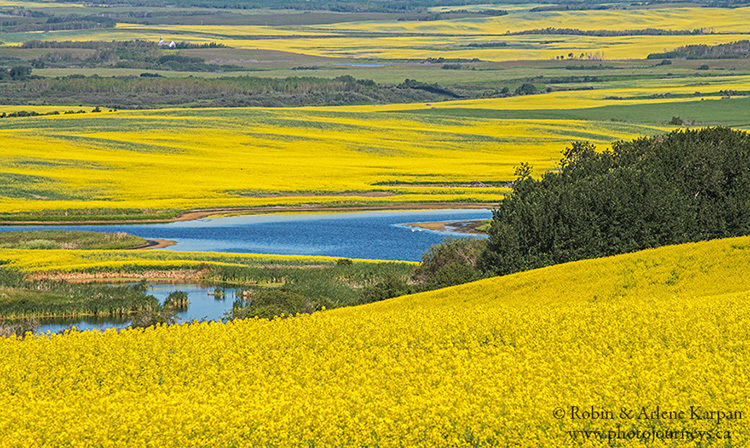 Canola is a cool season crop, so it tends to be more common in the northern grain belt than in the far south. Around Saskatoon, where we live, you see it everywhere. Prime time to find canola in bloom is around mid-July, though conditions may vary from year to year, with some blooming in early July and some late-seeded crops reaching peak blooming even into early August. 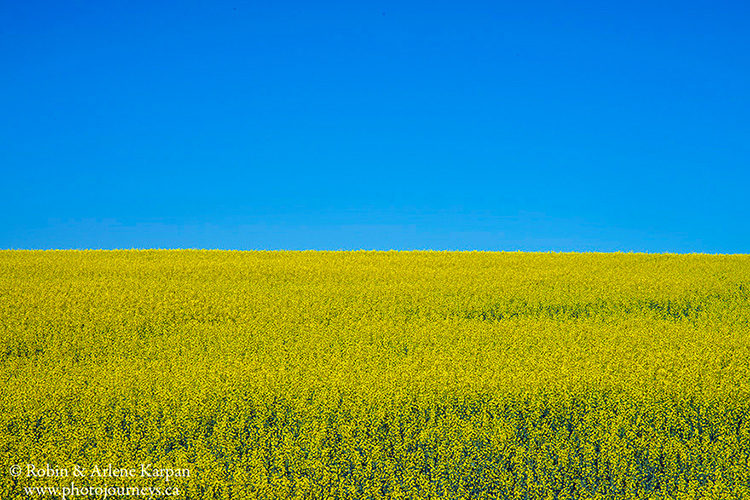 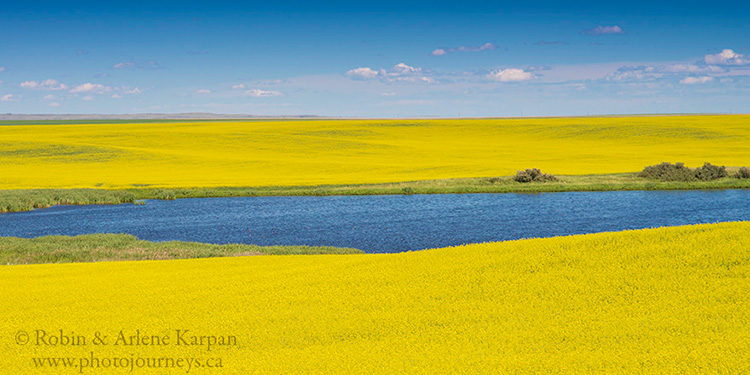 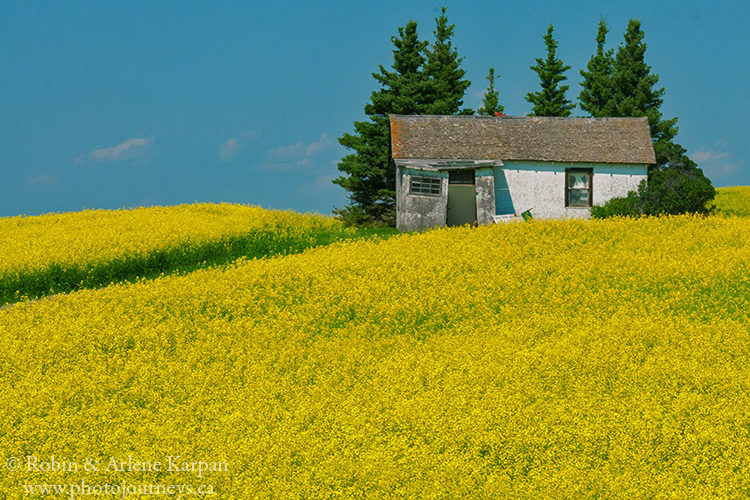 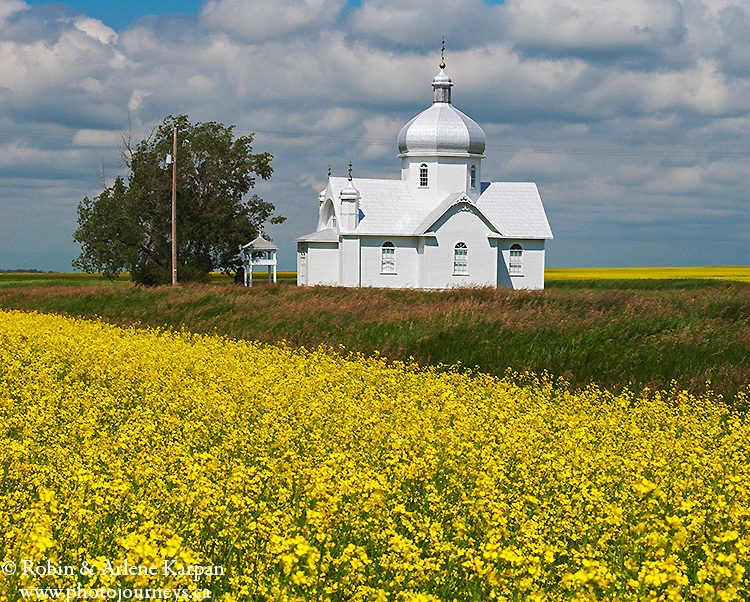 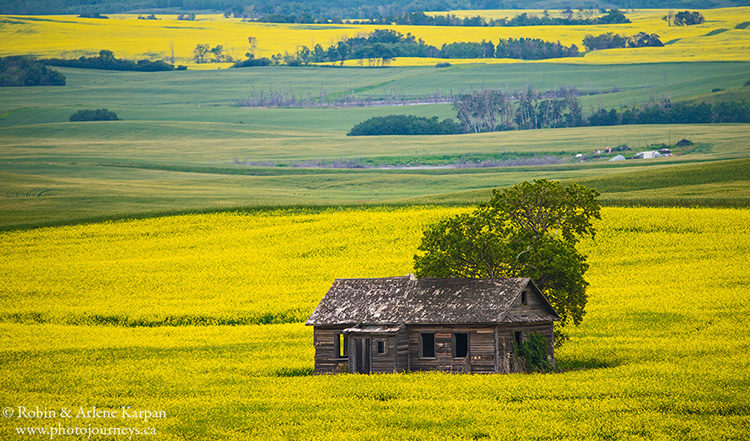 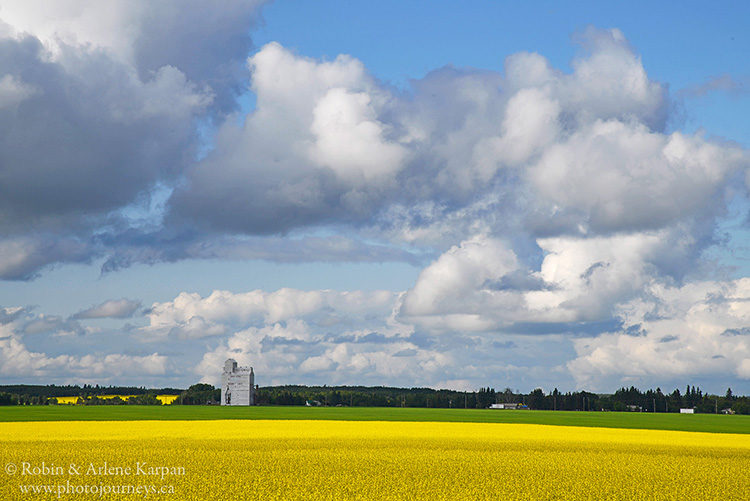 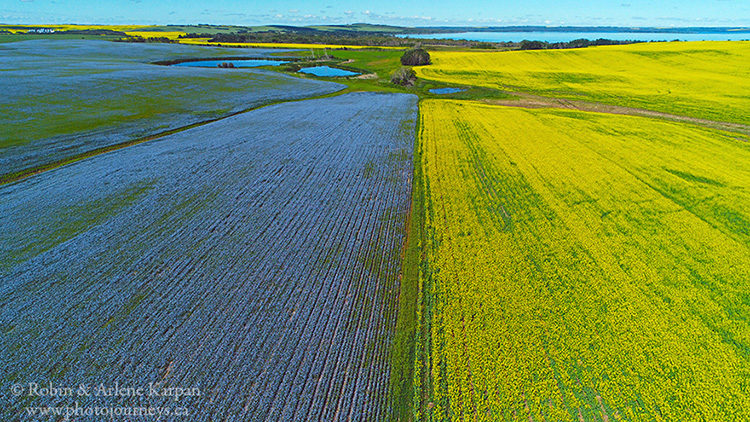 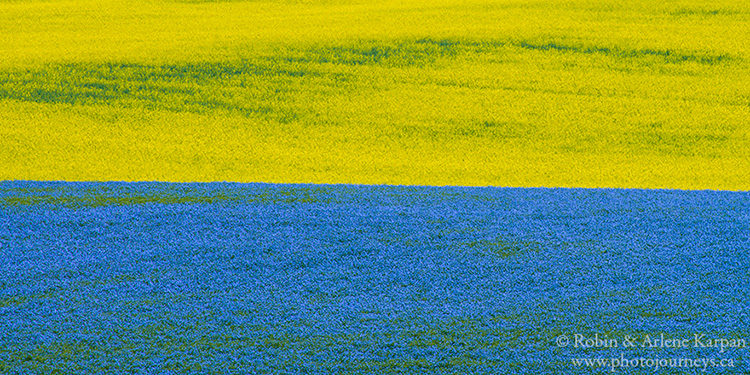 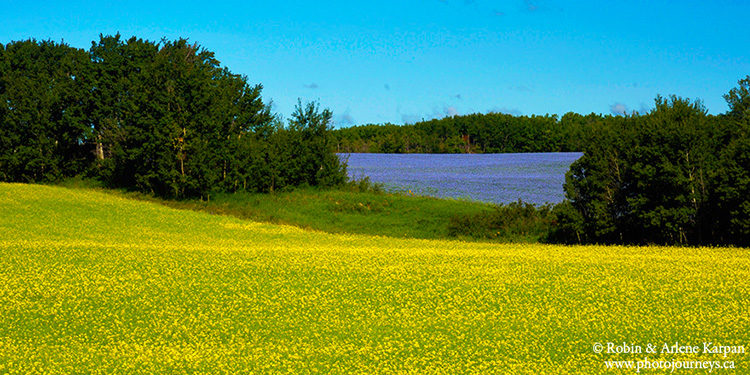 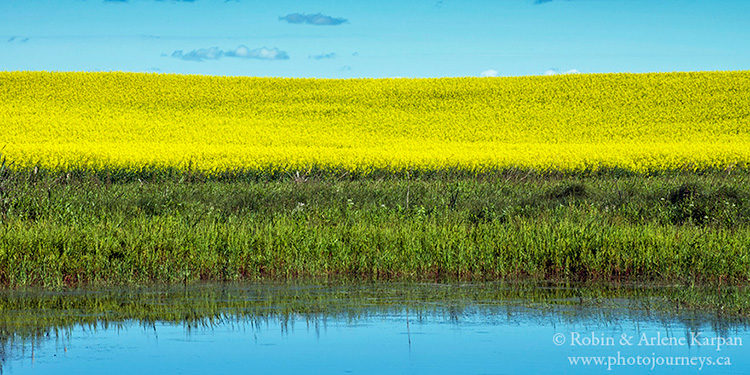 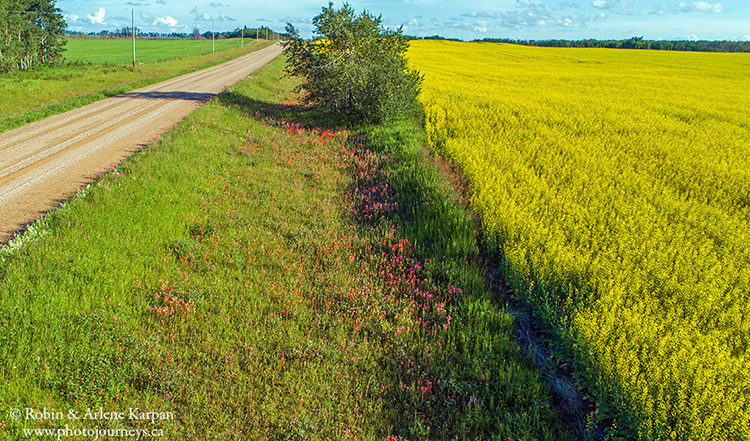 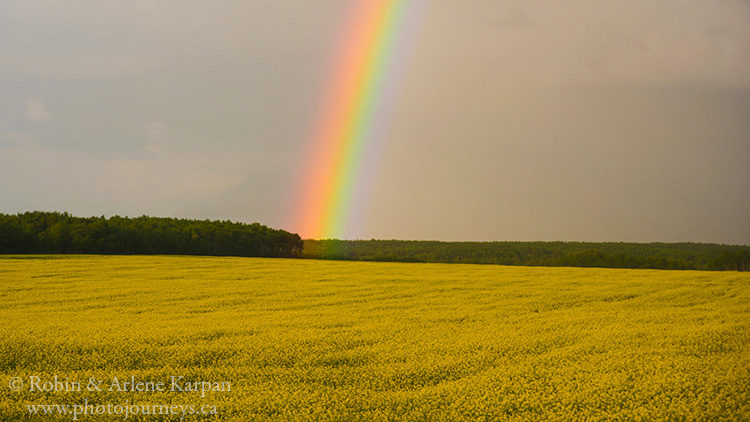 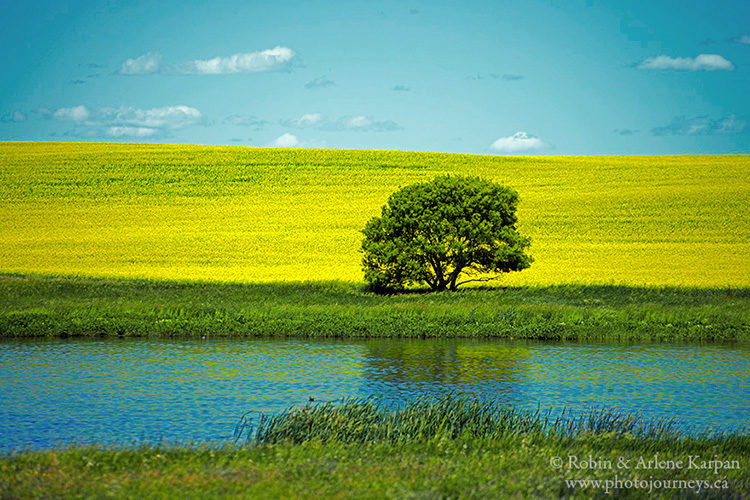 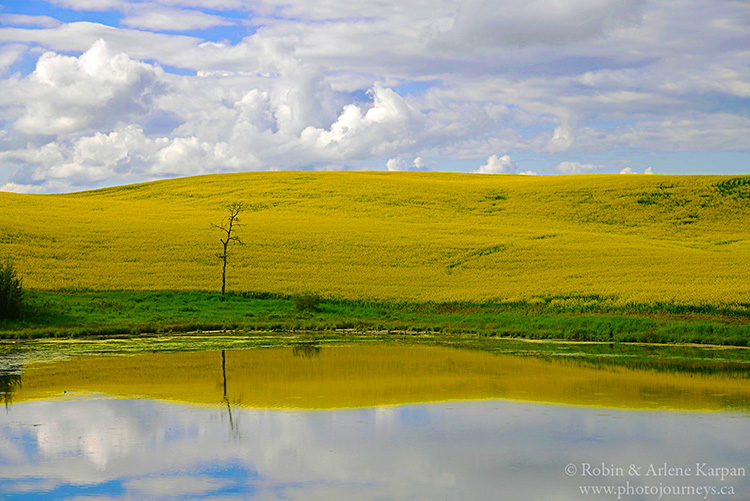 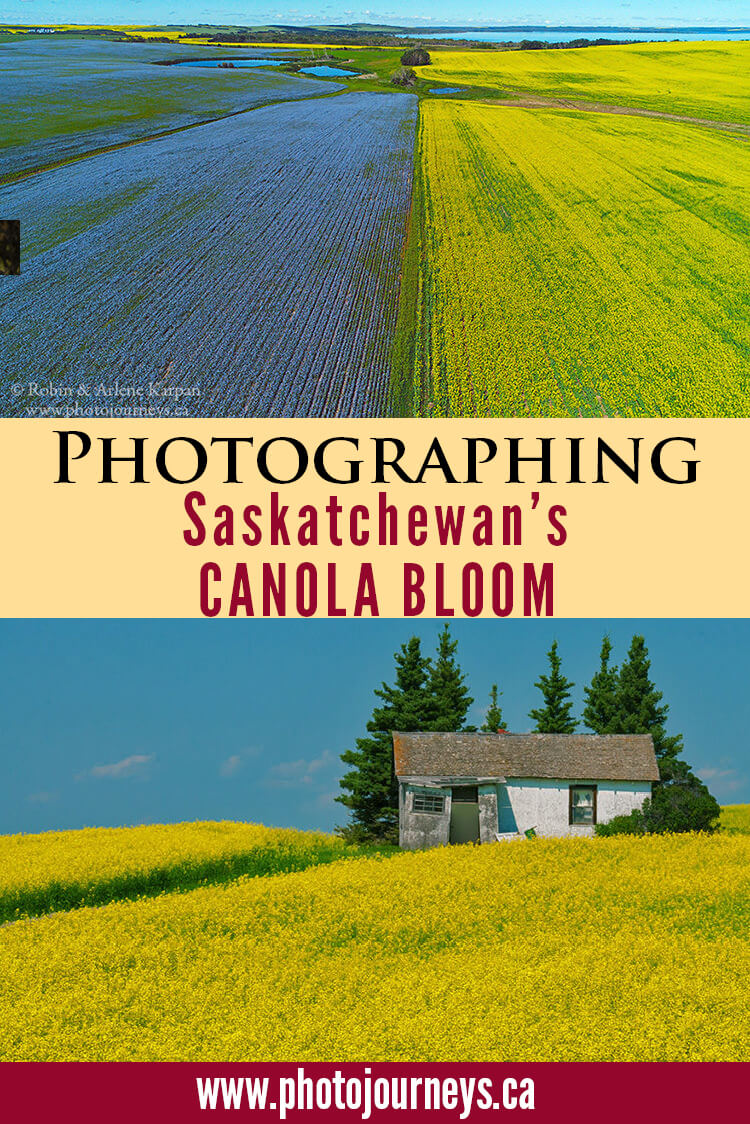