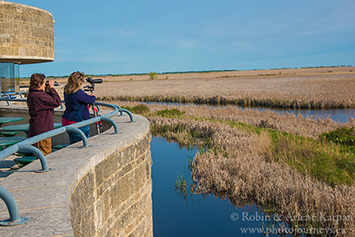 Winnipeg offers a variety of places to get in touch with nature in and around the city, but these two in particular shouldn’t be missed. At Fort Whyte Alive and Oak Hammock Marsh it’s all about enjoying the great outdoors – spotting wildlife, walking trails, and discovering the natural world. Photo opportunities abound, especially for bird photography.

Situated in the city’s southwest, Fort Whyte Alive is a nature reserve and environmental education facility covering 640 acres, with several sheltered lakes and wetlands, tall stands of aspen forest, and more than 7 km of walking or biking trails. 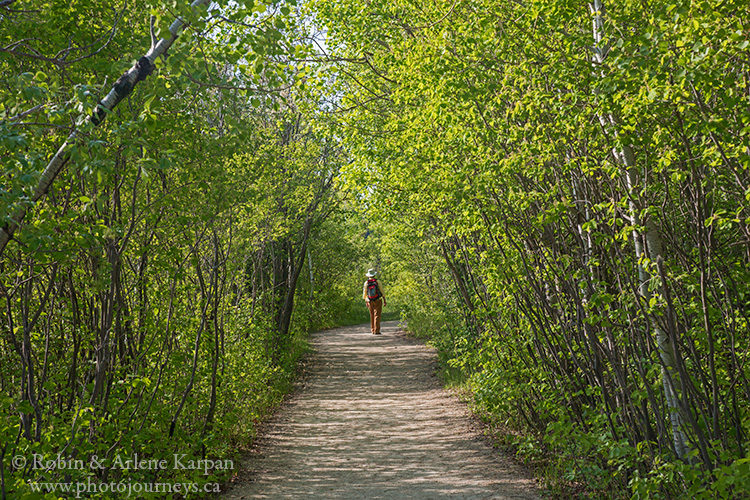 The site has a fascinating history. Despite the name, there never was a fort here at all. It had to do with CPR Railway vice president, William Whyte, who was determined to continue the CPR’s dominance in railway transport. However, Manitobans had other ideas about rail expansion, and set about laying their own tracks. Whyte tried to block their progress, and the area where the two sides met in conflict became known as “Fort Whyte”. The name stuck. Later the region was site of a concrete plant, and when it closed in the 1950s, reclamation work was started to enhance the land for wildlife.

Your wildlife adventure begins right beside the parking lot at the prairie dog town. Black-tailed prairie dogs live here in colonies in complex burrows. Sunny days bring them out to feed and socialize, and to watch the surroundings in case predators are around. They tend to be fairly tolerant of people, so getting close-up photos is usually not a problem. 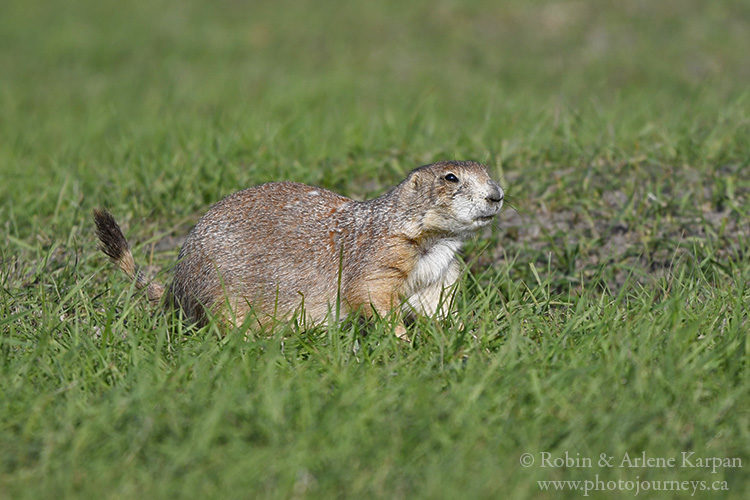 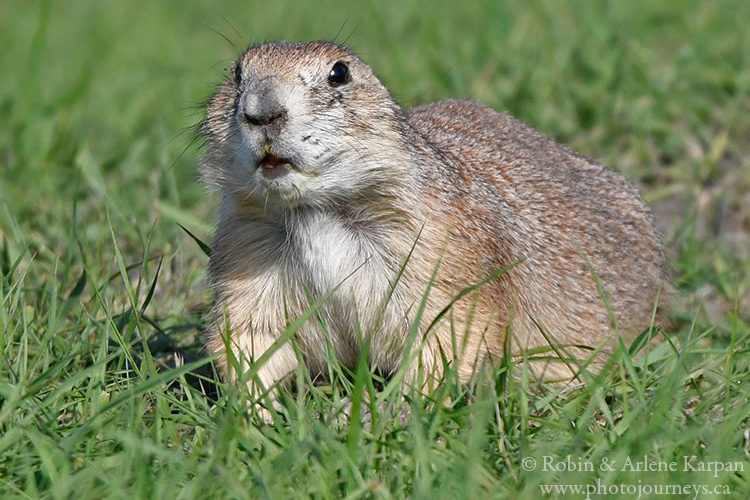 Head out on the trails for a closer look at nature. You’ll find serene places that are perfect for reflection, and interpretive signs highlighting the grassy and forest ecosystem. Birdfeeding stations attract both resident and migratory species such as chickadees, nuthatches, woodpeckers, and gold finches. Another trail circles a 70-acre pasture that’s home to a resident herd of plains bison. Stop at the bison viewing mound, or climb to the tree house for a better view of the enclosure. And for a closeup view of life in the swamp and wetlands, follow the 1-km floating marsh boardwalk where ducks, painted turtles, muskrats, and colourful ladyslippers are some of the possible sightings. 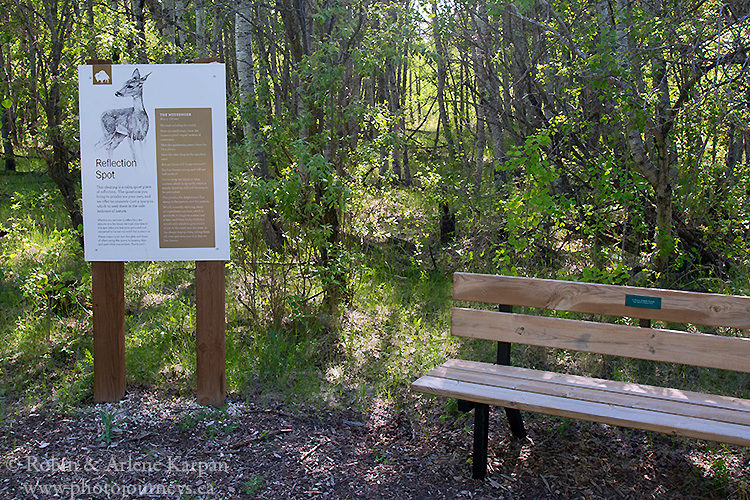 Then there’s the Touch Museum where you come face to face with taxidermy birds and animals common to the area. Unlike similar exhibits elsewhere, you are encouraged to touch and feel the fur or feathers. Manitoba’s largest freshwater aquarium occupies another building, and shows you the complexity of life lying beneath the lakes. Displays on soils and the importance of water bring a new perspective and appreciation of the landscape and changes it has encountered over many years. 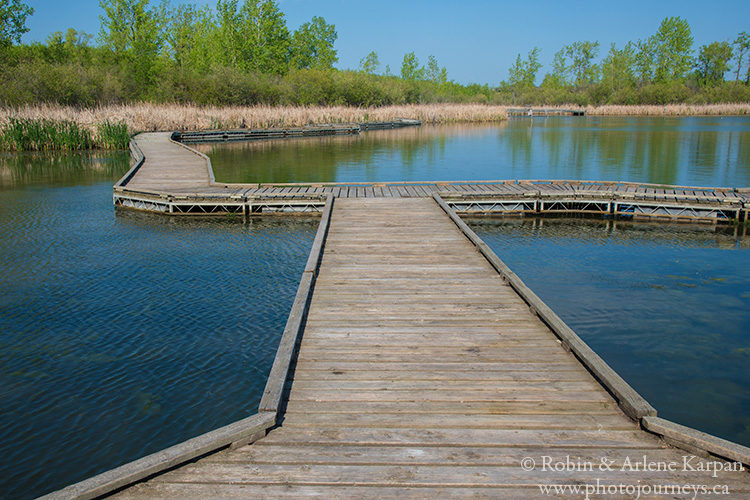 Fort Whyte has dozens of activities and special programs that run throughout the year, everything from paddling in a voyageur canoe, bannock bakes, workshops, birdwatching, enjoying fall migration when large numbers of waterfowl arrive, tobogganing, skating and cross-country skiing in the winter.

Oak Hammock Marsh, about 20 km north of the centre of Winnipeg, is a top hot spot birdwatching and bird photography, or for anyone who just enjoys the outdoors. The Interpretive Centre is the place to start, with interactive exhibits, and enlightening information on the importance of wetlands. 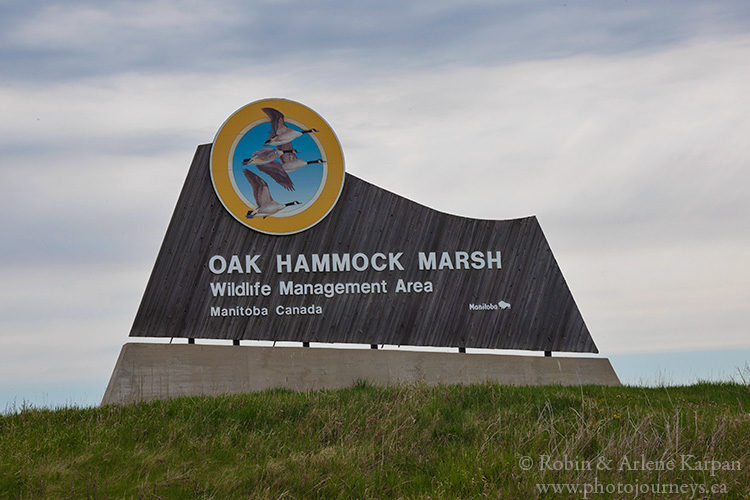 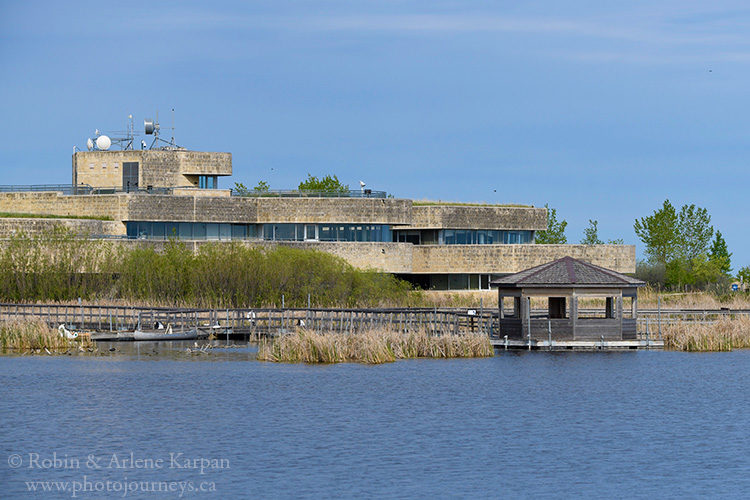 Our visit started bright and early with a 7 a.m. program called Birding and Breakfast during the first days of June. Resident Naturalist Paula Grieef led the walk for the dozen or so participants. We only got a few metres from the centre’s main doors when Paula started pointing out several birds – killdeer, mourning doves, red-winged blackbirds, and pelicans flying overhead. Over the next 15 minutes, we added many more species to the list. After all, this was spring – prime time for migrants to show up, and for resident birds to be nesting and establishing their territories. On a boardwalk into the marsh, we noticed shorebirds such as American avocets, ducks galore, clay-coloured sparrows, yellow-headed blackbirds, and sedge wrens clinging to cattails and tall blades of grass.

Even a picnic shelter was alive as agile barn swallows swooped in to land on their nests under the roof. An open grassy area housed a few Richardson’s ground squirrels, more commonly referred to as gophers. Then Paula pointed out that a weasel had taken up residence nearby; it helped control the booming ground squirrel population by nabbing many of the helpless young right in their burrows.

Although we didn’t walk very far, our heads were spinning thinking about the richness of species we had seen this early morning. Then it was back to the cafe in the centre for breakfast and some well-deserved coffee. There was still lots to see while eating, however, since most of the tables are arranged next to the large windows overlooking the marsh.

At any time of the year, there’s a wealth of birds and other critters to see in the Wildlife Management Area that covers 36 square km. Dykes used for water control provide the perfect walking paths for the more than 30 km of trails that extend into the marsh. You can also rent a canoe for a different perspective on the scene, and watch marsh activity from a large deck on one side of the Interpretive Centre. 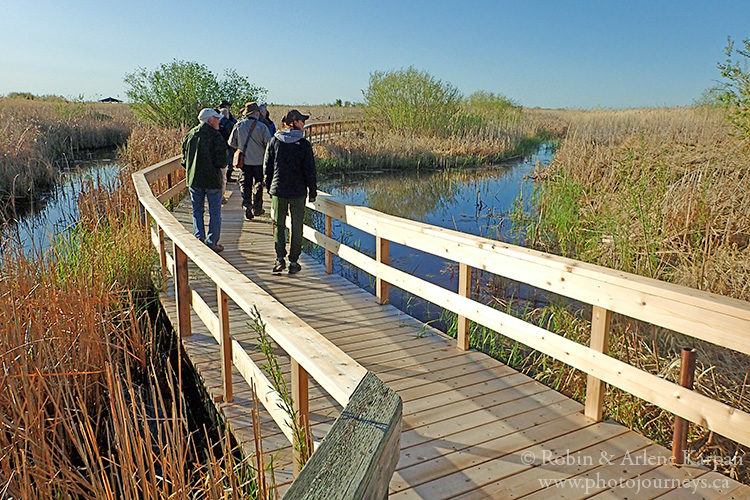 Wetlands are disappearing at an alarming rate, due to illegal draining, climate change, and other factors. However, Paula believes that Oak Hammock Marsh plays a vital role in educating people about the value in preserving wetlands. “If you’re 2 or 102 there’s always something to see,” she says. 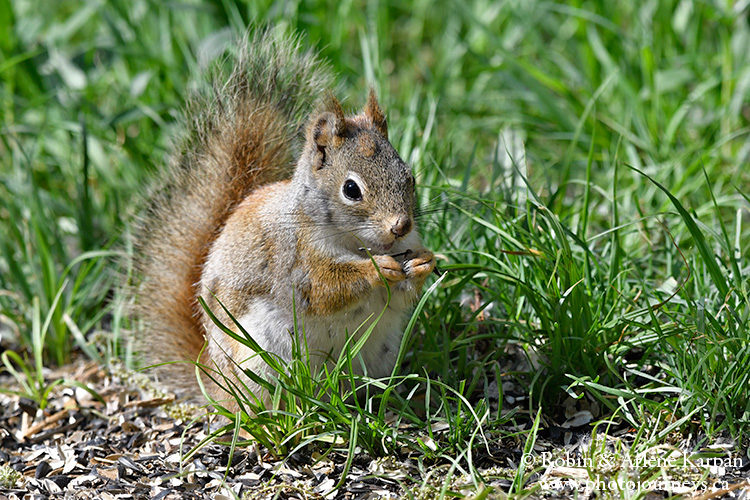 There is a nominal admission charge to the Interpretive Centre, and for special programs, but no charge to walk the trails on your own. Some of their most popular programs are a GPS Easter Egg hunt, a dragonfly festival, and the Birding and Breakfast offerings that are held in spring and fall. Another fall favourite is the late evening Fly-in on the Roof program, where you go to the centre’s rooftop and watch migrating geese and other waterfowl arrive at the marsh to roost. Paula said there could be anywhere from 100,000-200,000 birds arriving in a 1-2 hour period.

** SUBSCRIBE to Photojourneys (below) to receive our latest posts** 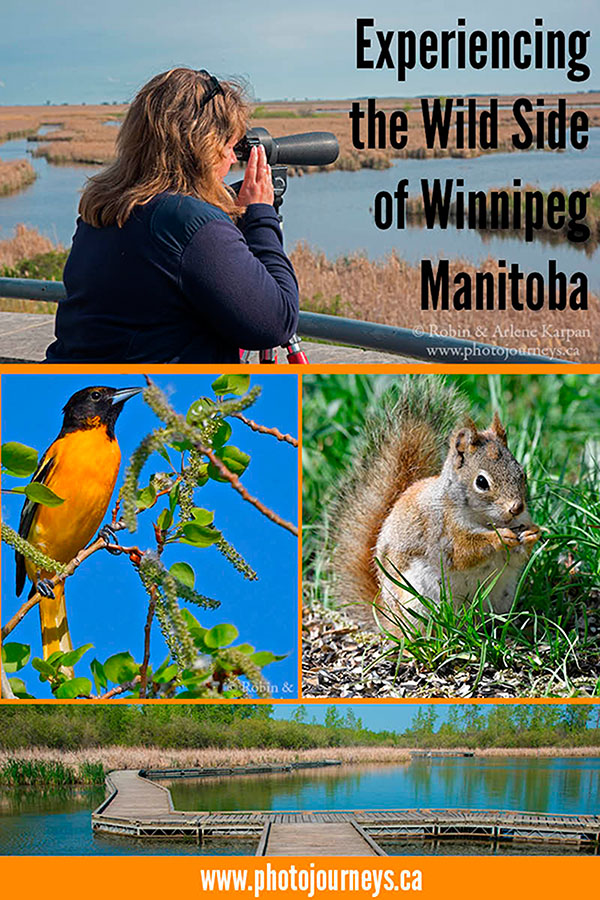