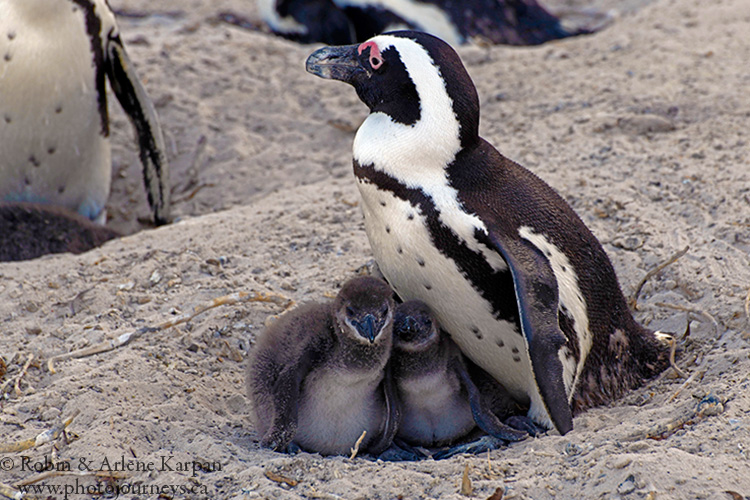 Boulders Beach, south of Cape Town, is an amazing spot to watch and photograph African Penguins at close quarters. Sometimes referred to as Jackass Penguins because of their donkey-like braying, African Penguins only live along the Atlantic coast of South Africa and Namibia. They are considered an endangered species, with the current population estimated to be only 10% of what it was in 1900. 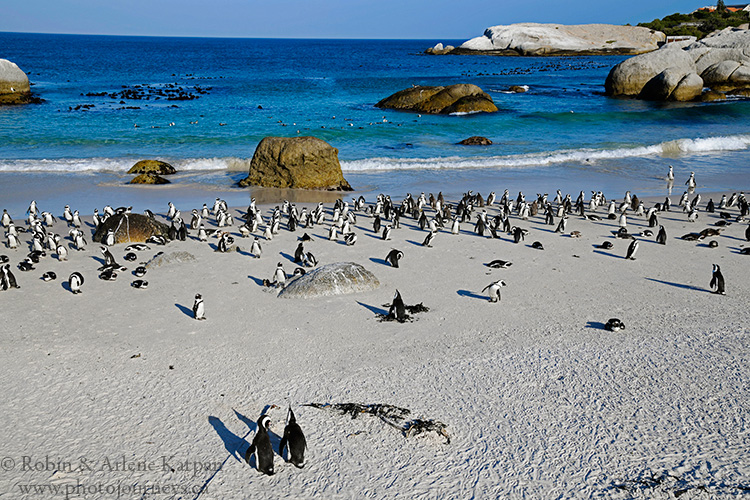 While most penguin colonies are on offshore islands, Boulders is on the mainland. Even more remarkable, it’s right next-door to a residential suburb. Even though things are looking grim for the penguin population as a whole, the colony here has been better off since stricter fishing controls were imposed in adjoining False Bay, leaving more of the small fish and sea critters that penguins feed on. In recent years, the Boulders colony has numbered between 2,000 and 3,000. 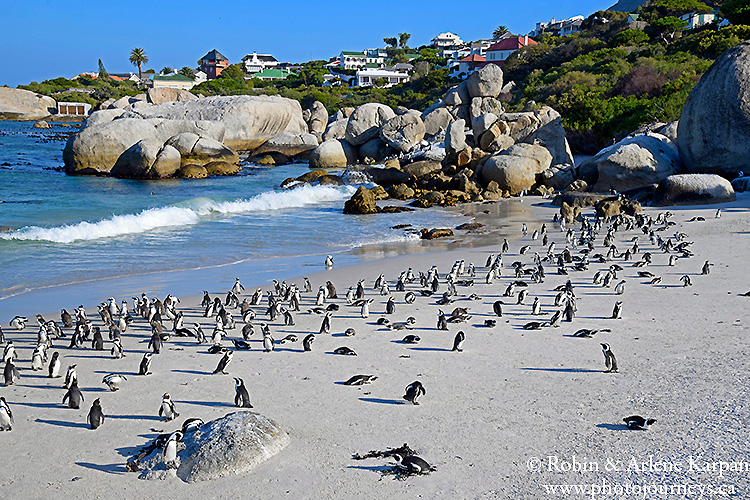 The penguins at Boulders are next to a residential suburb. 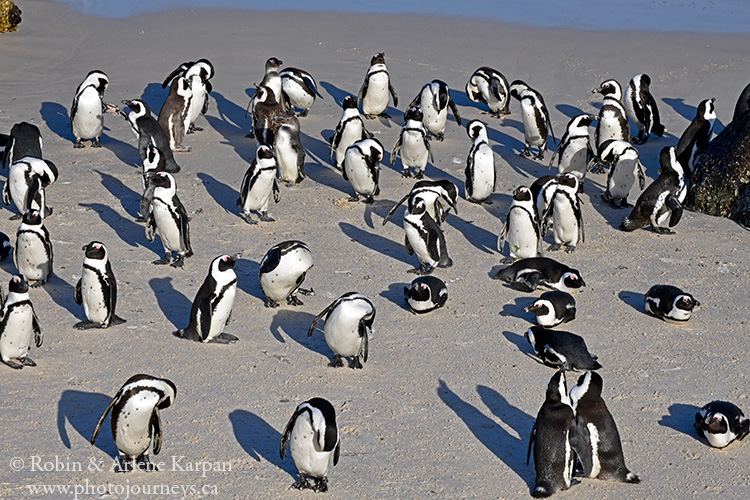 Just hangin’ out at the beach.

Despite having human neighbours, the birds are in a protected area that is part of Table Mountain National Park. Visitor traffic is controlled so as not to disturb the nesting sites, with raised boardwalks and viewing platforms in the nesting areas. Even with the controlled access, it’s easy to get remarkably close. Often the birds are immediately beside the boardwalk. 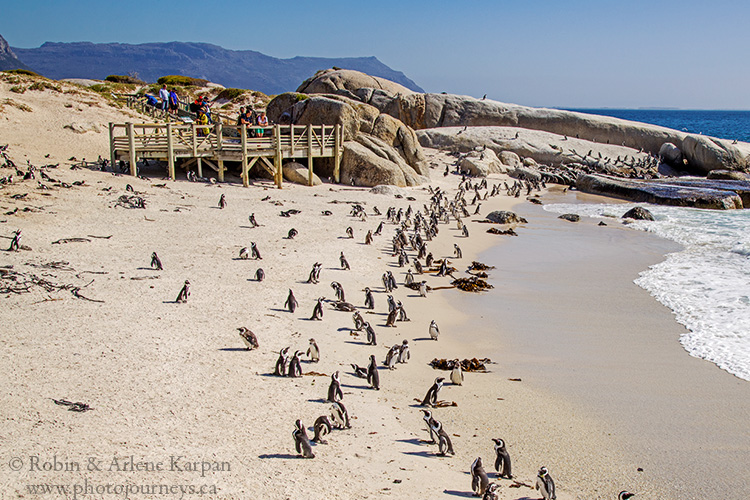 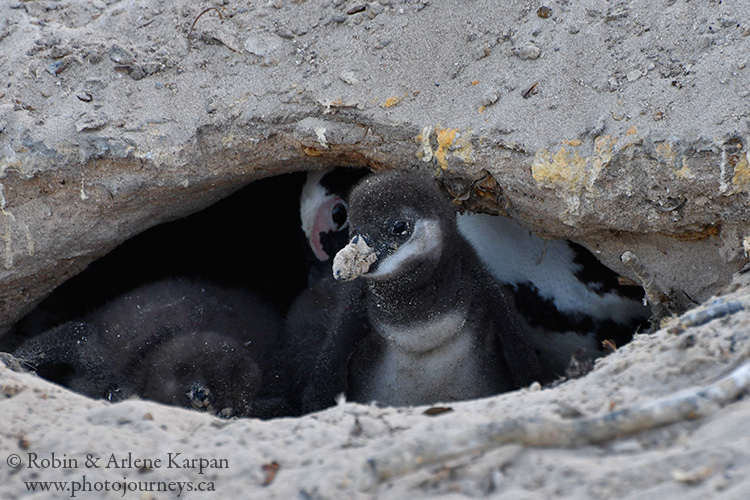 Though the site is referred to as Boulders, it consists of a series of beaches, one of which is Boulders Beach. When you enter the park, you can go to three spots. The first two are on Foxy Beach, site of the main nesting colony. One approach takes you on a boardwalk over the beach dunes to a viewing platform near the beach. The other approach follows a boardwalk through the bushes and comes out at a viewing platform on the opposite side of Foxy Beach. Both are definitely worth visiting. The first gets you closer to the nests, while the second is better for photographing the penguins coming out of the water. 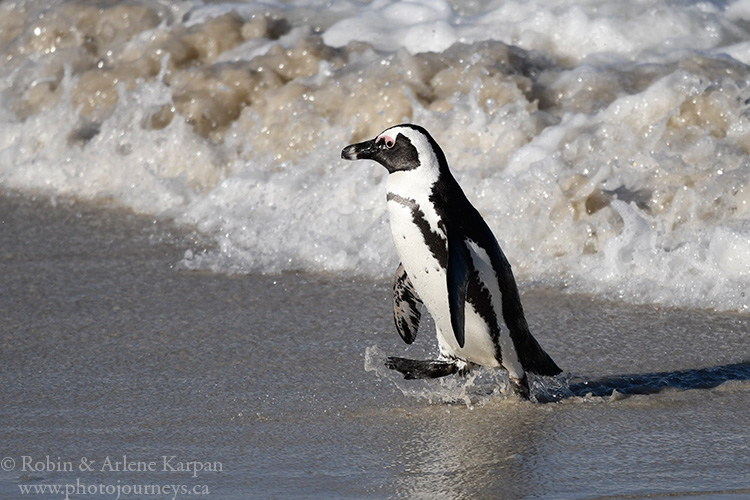 Coming out of the water. 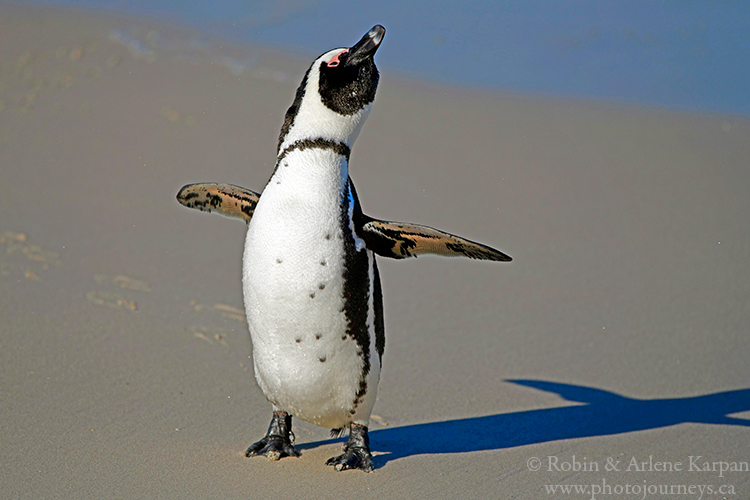 The fish I almost caught was THAT big!

The third spot is Boulders Beach itself, a bit farther down the path. Unlike the restricted access of Foxy Beach, here you can walk around on the beach and go swimming. Penguins wander around here as well, so you may find yourself swimming next to a penguin. Though the birds tend to be used to people, visitors are warned not to get too close in case the penguins decide to bite with their razor-sharp beaks. 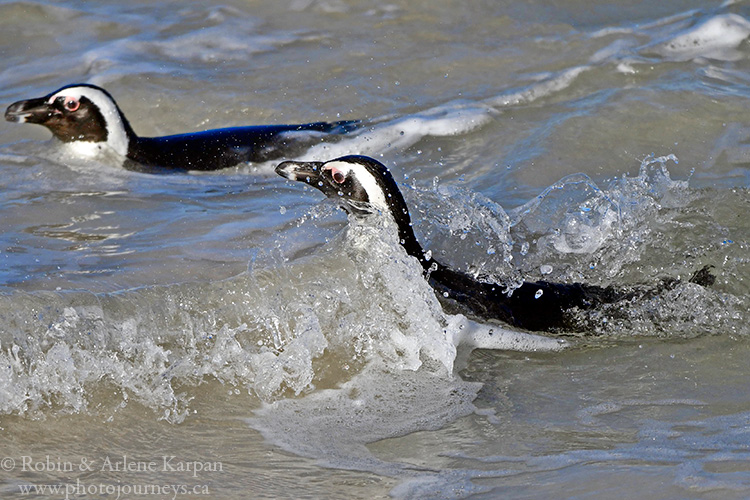 Penguins are really in their element when swimming. 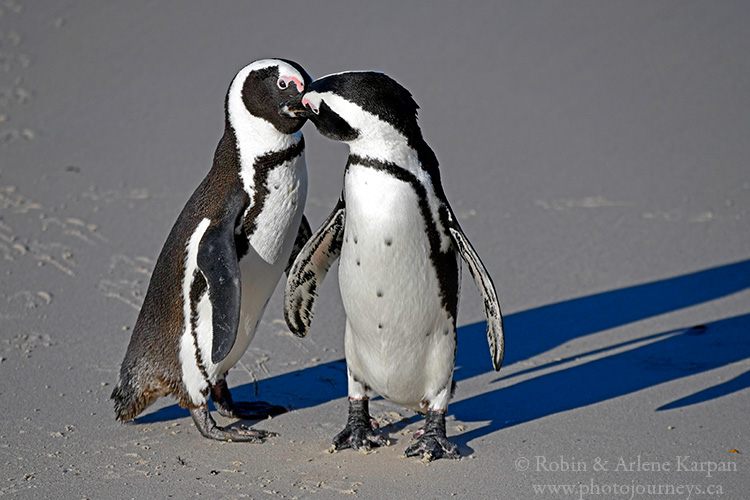 What you can see and photographs depends on the time of year and time of day. When we visited in February, nesting season was well underway. Many had small chicks and a few were still sitting on eggs. The most entertaining is watching them walk across the beach either on their way to or from the water. They walk with an awkward-looking waddle, but as soon as they hit the water, they’re off like a flash. 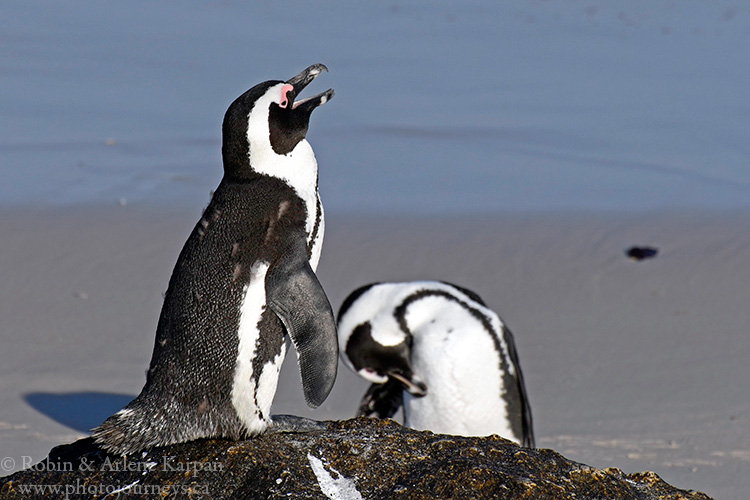 When you have something to say.

When you really have something to say!

The best time of day is generally early morning or late afternoon. Midday can be hot, with the harsh sun on the sand making it more difficult for photography. Also, many penguins might be in the shade trying to escape the sun and heat. If we had to pick one best time, it would be late afternoon. Many penguins return from fishing plus the light is at its most attractive. 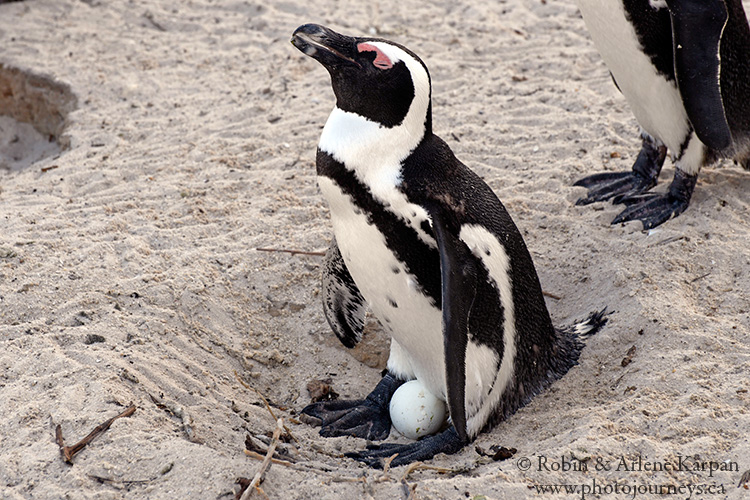 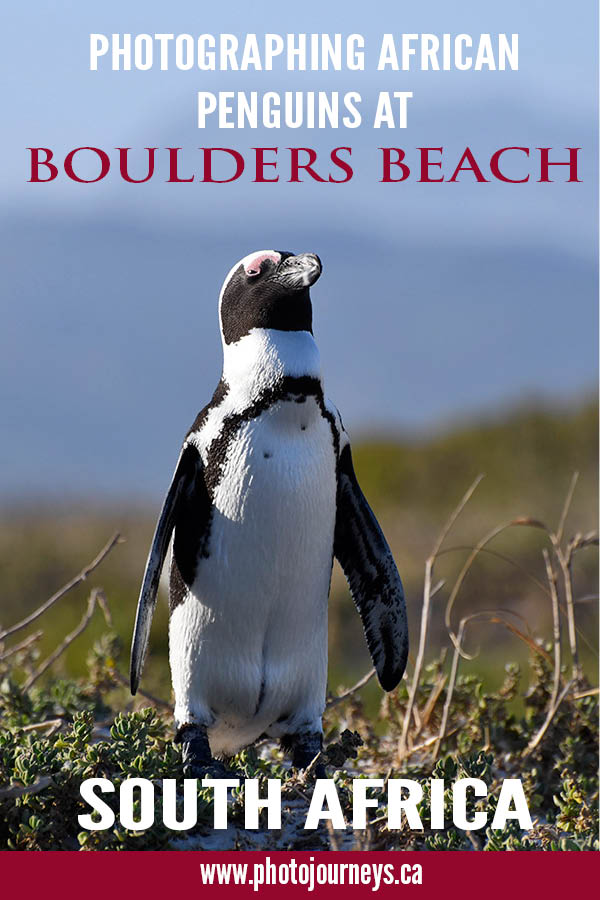 2 thoughts on “Photographing the Penguins of Boulders Beach”