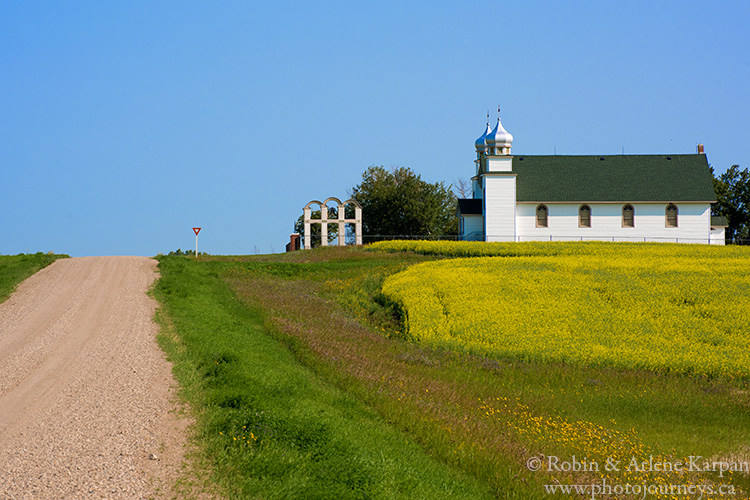 Fish Creek Road past the Ukrainian Catholic Church of the Ascension at Laniwci.

NOTE: As of publication date, Saskatchewan was in the process of gradually re-opening after the Covid-19 shut-down, although many restrictions are still in place. We recommend monitoring the Tourism Saskatchewan website for updated information on changes that will be taking place this summer. Batoche National Historic Site opens June 1 with limited access. See Parks Canada’s website for the latest information. 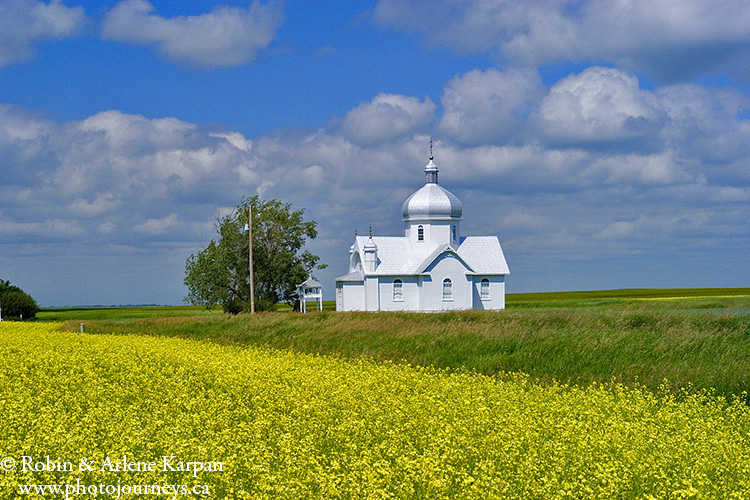 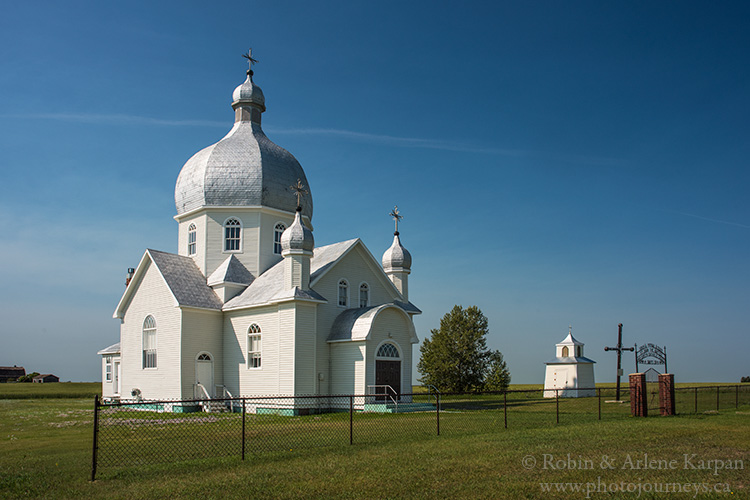 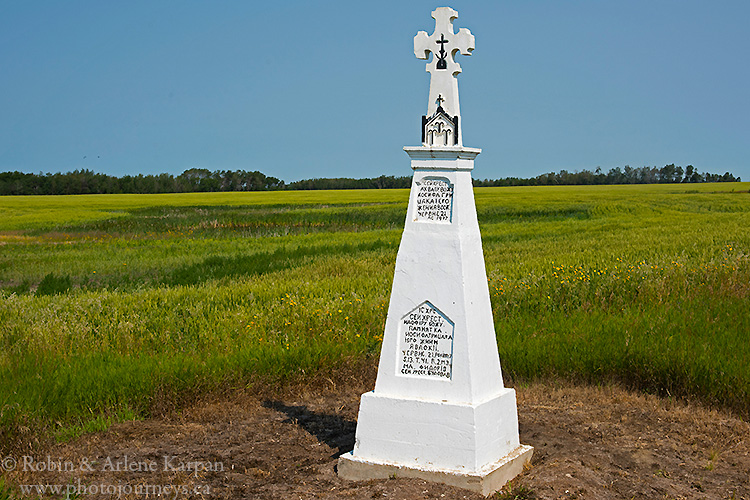 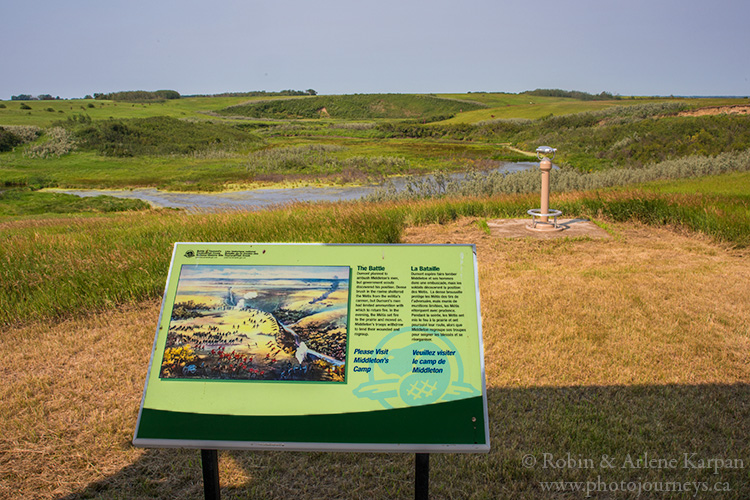 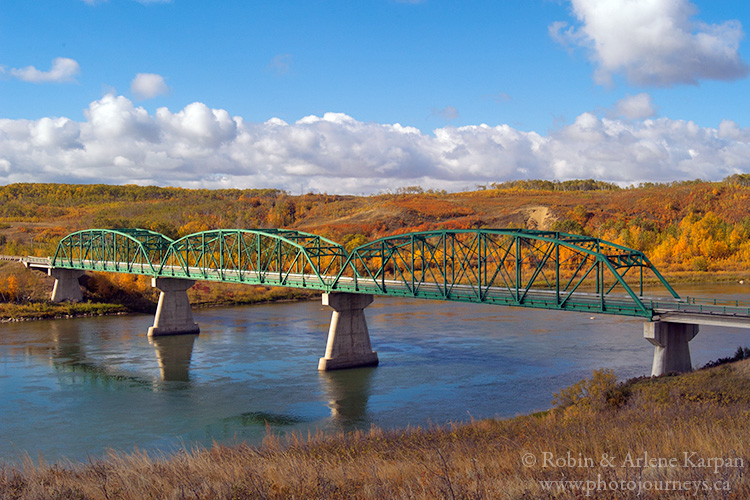 Gabriel’s Bridge across the South Saskatchewan River. A bonus in the fall is spectacular autumn colours along this route. 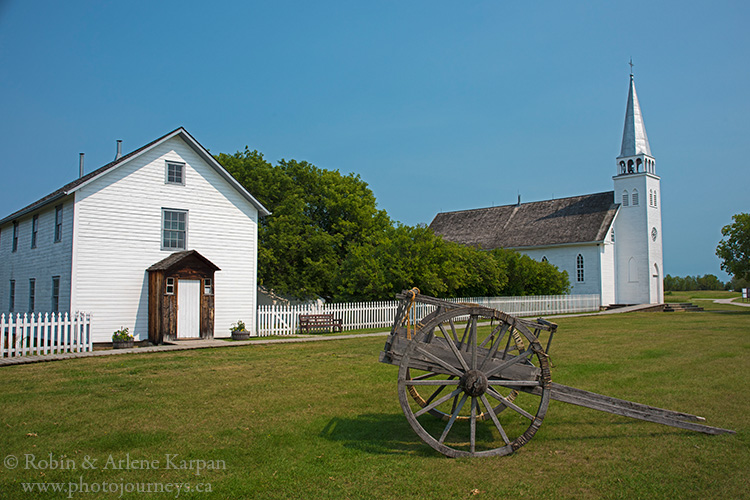 Church and rectory at Batoche. 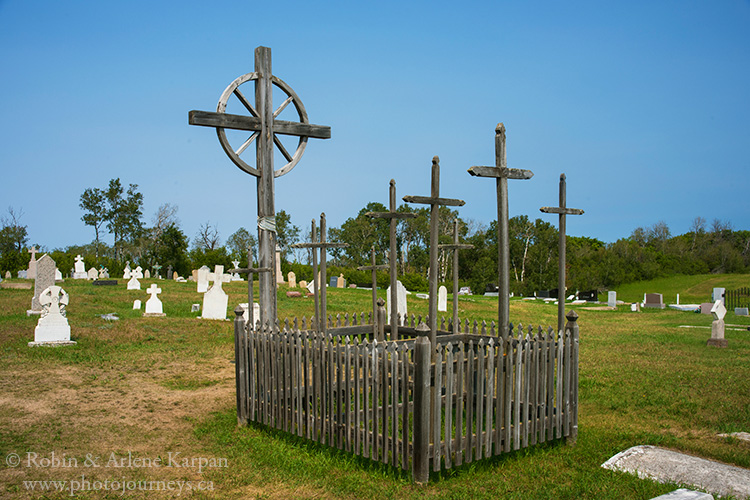 Mass grave of Metis who died during the battle at Batoche. 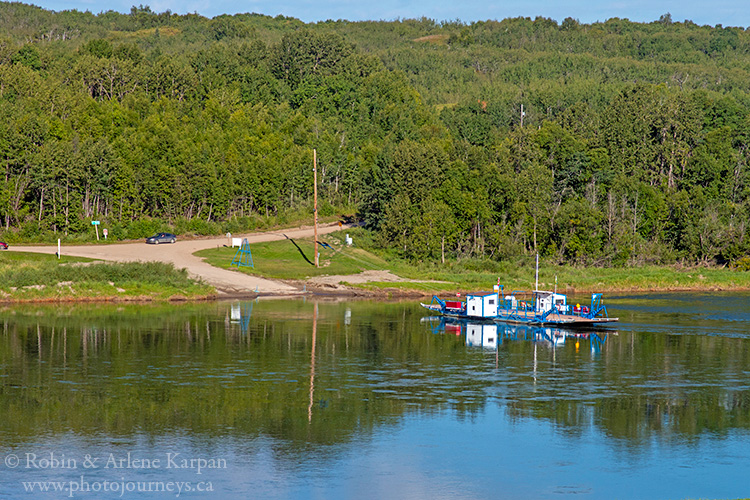 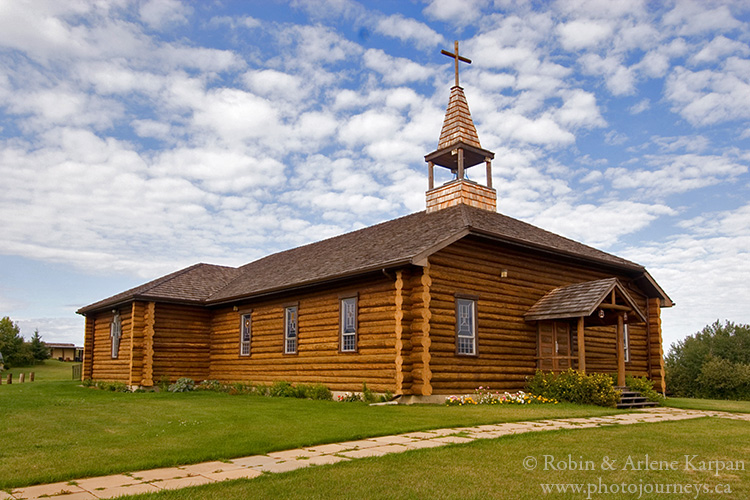 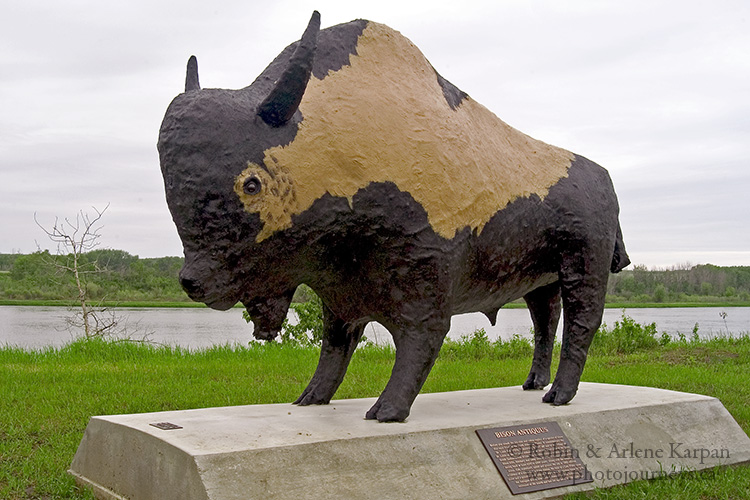 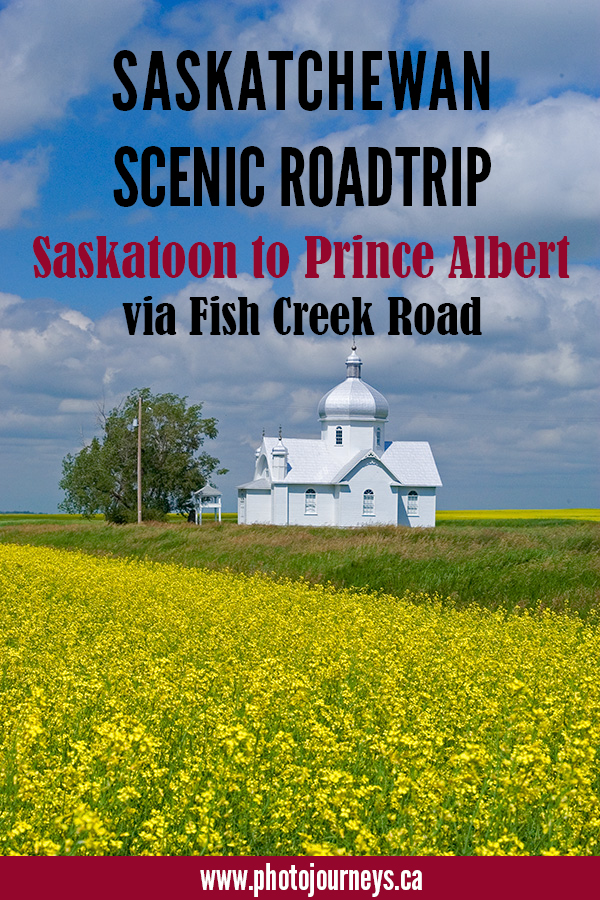