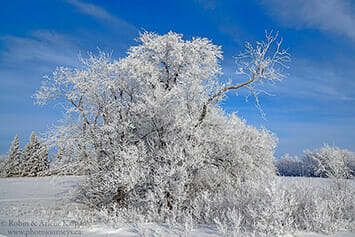 It’s cold. It’s snowing. Everything is covered in frost. Days are short. What could be a better time to get outside for some photography? Winter gives us some great photo opportunities we don’t find at other times of the year.

While winter days are short, the light tends to be attractive throughout the day. In summer, prime times for landscape photography are either early morning or evening when the sun is low enough in the sky to cast a pleasant glow across the land. Mid-day light is harsh and overly contrasty, and tends not to be flattering for most scenes. While the golden hours just after sunrise and just before sunset are also ideal for winter photography, the sun stays low enough in the sky throughout the day that it never gets too harsh, making it easier for us to shoot throughout the day.

In winter, photographers get to keep hours similar to “normal people”. In mid-summer, sunsets are late, and if you want photograph the blue hour that follows, it can turn into quite a late night. Then you have to wake up at stupid-o’clock if you want to be somewhere to photograph a sunrise that happens before 5:00 am. In winter, we can sleep in, have breakfast and a couple cups of coffee, and still have plenty of time to photograph sunrise. Later in the day, we can photograph golden hour, sunset, and the blue hour all before suppertime. Similarly, moonrise and moonset come at more civilized hours.

Snow and frost are what really make winter photogenic. How often have we heard the term “winter wonderland”? Fresh snow in particular gives the landscape a crisp clean look, while deep snow can provide another dimension to otherwise ordinary looking trees and other features. Sometimes just the snow itself can make for compelling images, especially where the wind has sculpted it into artistic contours.

Heavy hoarfrost is nothing short of magical. Leafless, dead-looking trees in winter suddenly come back to life. Brilliant white frosty trees can look especially striking against a bright blue sky. Be sure to get close in as well to photograph frost on branches or leaves. Or get super close to capture the intricate and elaborate structure of the frost itself.

While there may be fewer critters and especially birds around in winter, some wildlife images are easier to get at this time of year. Winter is when fur bearing animals look their best, so an image of a fox, coyote, bison, and numerous other animals will almost always look better in winter.

Birds are more active at feeders in winter so this is often the best time to get close-up shots, especially if you place the feeder in an appropriate spot for photography. We usually don’t want photos of birds that are right in or at a feeder, but rather on their way to feed. We placed our feeder in front of a tree with low branches. Birds will often stop and perch on the branches on their way to the feeder, which is where we want them. House finches are among our favourite birds to photograph this way; some can be a brilliant red, or even shades of orange or yellow.

When photographing scenes with a lot of snow, it is very common for cameras to underexpose images. This is because the camera gets fooled into thinking that the overall scene is a lot brighter than it actually is, so it thinks that it needs to cut down the amount of light. It’s often necessary to add some exposure compensation on the plus side. How much will vary as to the scene, but it’s not unusual to have to add as much as a full stop. Check your camera back or histogram frequently to see if you have to adjust the compensation in order to get a proper exposure.

Camera batteries don’t last as long in the cold, so it’s a good idea to make sure that the battery is fully charged before heading out. If you plan to be in cold for an extended time, carry a spare battery and try to keep it warm such as carrying it in an inside pocket.

A big problem is getting condensation on your camera when bringing it in from the cold. Minimize this by putting the camera in a closed camera bag, or even into a plastic bag, while you’re still outside. When you come inside, the condensation will form on the bag rather than the camera. Even though we’re anxious to look at our photos, it’s best to leave the camera in the bag for awhile so that it can warm up gradually, lessening the chance of getting moisture where it doesn’t belong.

Feel free to PIN this article on Winter Photography 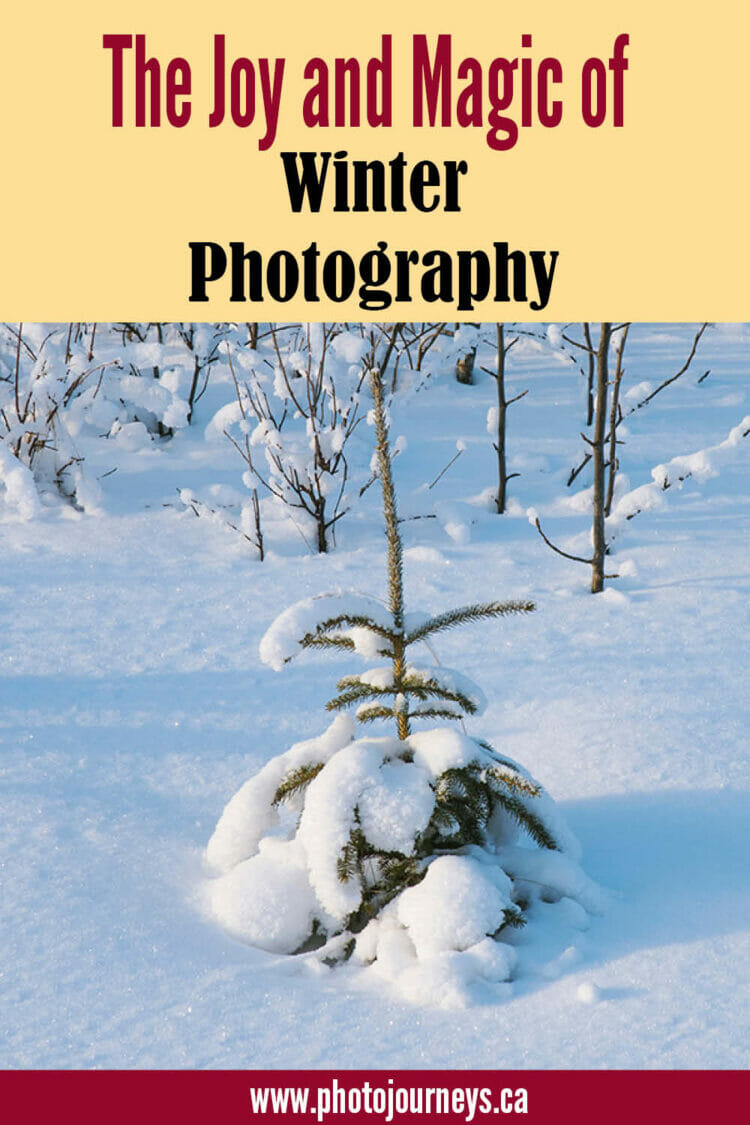