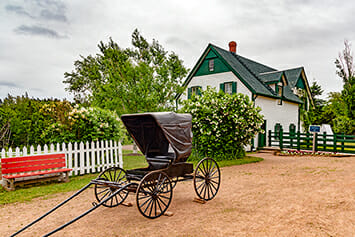 One of Prince Edward Island’s defining features is the Anne of Green Gables story. While the famous children’s novel by Lucy Maud Montgomery is a work of fiction, it is based on a real place that is among the province’s top attractions.

Lucy Maud Montgomery published the children’s novel Anne of Green Gables in 1908, which became an immediate best-seller. Readers discovered not only the spirited adventures and coming-of-age encounters of orphan Anne Shirley, but also the beauty and peaceful surroundings that provided inspiration for Montgomery’s writing.

The story is preserved at Green Gables Heritage Place in Cavendish, operated by Parks Canada and a stone’s throw from where we were staying at the Cavendish Campground in Prince Edward Island National Park. We had come to the park mainly for the outstanding coastal scenery (which did not disappoint and will be the subject of a future posting). Before visiting we thought that Anne of Green Gables might simply be an interesting side story, but once there we couldn’t help but get caught up in this legendary phenomenon.

The visitor centre is filled with everything you ever wanted to know about Montgomery’s life and work. While she wrote 20 other novels, several hundred short stories, along with poetry, Anne of Green Gables stands out as her signature work.

The Green Gables story takes places in Avonlea, a fictional town based on Cavendish where Montgomery grew up. The gist of the story is that Marilla and Mathew Cuthbert, unmarried siblings who are getting on in age, decide they need help to run the house and farm. They arrange to adopt an orphaned boy, but discover that red-headed Anne Shirley has been sent to them instead.

Anne, who is talkative and has a vivid imagination, eventually learns about social graces. Though it’s stories such as breaking her slate over another student’s head, serving currant wine instead of raspberry cordial to her best friend, and adding liniment to a cake instead of vanilla that have endeared Anne in the hearts of readers around the world.

On the grounds, you can visit the large farm house that belonged to Lucy’s cousins, the Macneill family. Montgomery spent a lot of time there, and used the home as the setting for her novel, calling it Green Gables (and yes, the house does have green gables). Parks Canada has meticulously furnished and decorated the home to the Victorian era when Montgomery wrote the novel.

Guides are on hand in the farm house to tell you more about the various rooms right down to the floral wallpaper that was typical of the period, a puffed-sleeve dress like Anne would have worn for special occasions, and Matthew’s Sunday-best outfit. And there’s even a broken slate, reminiscent of the school incident where Anne broke her slate over Gilbert’s head because he made fun of her red hair and called her “Carrots”.

Most fascinating was the elaborate stove in the kitchen, where most daily activities would have occurred. The Waterloo stove, made in New Brunswick, had a unique design. The stove’s woodbox heated not only the surface for cooking, but also an oven above for baking.

Since the kitchen was the warmest room in the house, it was where the family would have eaten and done daily chores. The kitchen also served as the post office and popular gathering place during the time that Montgomery would have visited. Other rooms such as the pantry, parlour, sewing room, and upstairs bedrooms give you a good idea of what life was like in the late 1800s.

Near the house is the huge reconstructed barn with machinery from the time period, as well as a granary and a woodshed. It now houses other exhibits, and contains some period farm implements and tools.

You can also stroll along the trails that influenced Montgomery’s life and provided fodder for Anne’s antics. One is the mysterious Haunted Wood which played on the imaginations of Anne and her best friend Diana who considered it a very scary place.

Then there’s Lover’s Lane where Montgomery came throughout her life to take photographs and immerse herself in nature. Not surprisingly, the tree-arched pathway was also a favourite haunt for Anne. Montgomery poetically described the brook as “…always in good spirits. It is infectious to hear them, those gay vagabonds of the valleys.” The woods provided solace, helping to rebuild her energy with a “newness of life”.

It was clear from an early age that Montgomery had a flair for writing. She endured hard times during the wars, along with dealing with physical and mental challenges in her family life. She died at age 67, and is buried in Cavendish Cemetery.

Montgomery’s story of Anne has spread around the world. Several TV mini-series, musicals, live performances, and more have been based around the high-spirited Anne Shirley. The novel has been translated into more than 30 languages, and has sold millions of copies.

You can find more Montgomery places to visit throughout Prince Edward Island. For example, there’s the house where she was born in 1874 in nearby New London, and a museum where you can enjoy a horse-drawn carriage ride, to name a few. 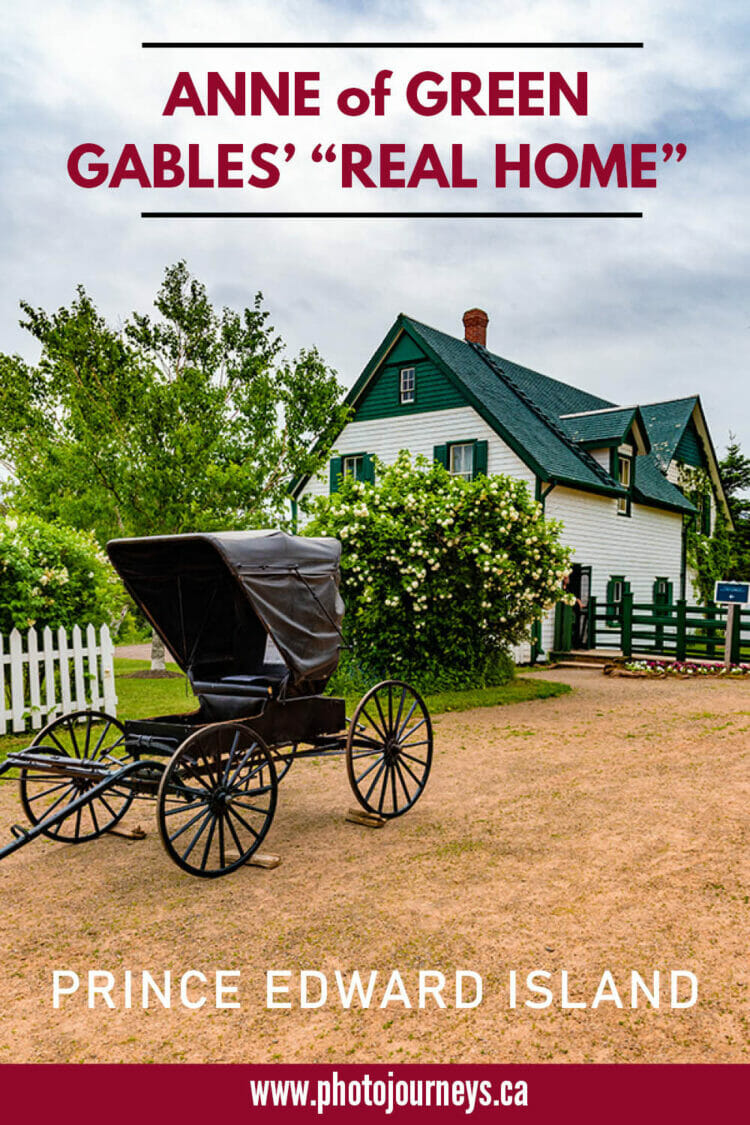