Yellowstone National Park boasts something like half the world’s geothermal features – a wonderland of gushing geysers, steaming hillsides, boiling mud, and multi-hued pools that seem to be oozing paint.


The most famous feature is Old Faithful Geyser which faithfully spews a white column of boiling water 180 feet into the air every 90 minutes or so. It’s so predictable that the nearby visitor centre posts the time for the next eruption. You’ll likely be joining about a gazillion other people for the show, but even with the crowds, it isn’t too difficult to get photos of the geyser without people. A clear blue sky is ideal. On an overcast day, the steam blends into the clouds and isn’t nearly as dramatic.


Old Faithful is only one of many features in the immediate area, most of which are accessible along a walking trail that you can take on one side of the Firehole River, and back along the other. Eruptions of some other geysers are reasonably predictable (for example, nearby Riverside Geyser goes off every six hours or so), so it’s always worthwhile checking with the visitor centre before venturing out to see if anything is about to happen. A major highlight along this walk is the wildly brilliant Morning Glory Pool, which we touched on in our Jan. 2, 2015 posting. While midday light is usually not what we want for landscape photography, it is actually the best light for places such as this. It is only then that the light can reach deep into the pool to fully illuminate the spectacular colours.


Another place where midday light is beneficial is the Abyss Pool and Black Pool in the West Thumb Geyser Basin, a short drive east of Old Faithful. Several thermal features are clustered on the west shore of Yellowstone Lake, with the unreal deep blue of the pools a definite highlight. Adding to the scene is the attractive backdrop of the lake and the mountains beyond.


Heading north of Old Faithful, there are so many thermal features that, unless you’re staying for a long time, you would be hard pressed to even get to all of them. Grand Prismatic Spring, just a few minutes’ drive from Old Faithful, is a must see. The wide, steaming blue pool is surrounded by incredibly intense golden rays radiating out from it.


Mammoth Hot Springs, at the north end of the park, is in a class by itself because of the outstanding series of terraces formed by a combination of hot water, limestone deposits, and a variety of minerals. The effect is almost other-worldly in places. The Lower Terrace is the most obvious formation, but the Upper Terrace Loop Road takes you to a series of other formations and vantage points that are just as compelling. A polarizing filter is especially useful here to cut through the glare on the surface water and the intense white of some formations. Besides the grand overviews of the terraces, this is a great place to zoom in to take isolated close-ups of this strange landscape.


The nicest part of photographing thermal features and activity in Yellowstone is that there are so many possibilities throughout the park that you don’t have to stick only to the famous spots where everyone goes. Sometimes, following walking trails to some lesser visited sites can be just as rewarding for photography, plus you’ll be away from the crowds. 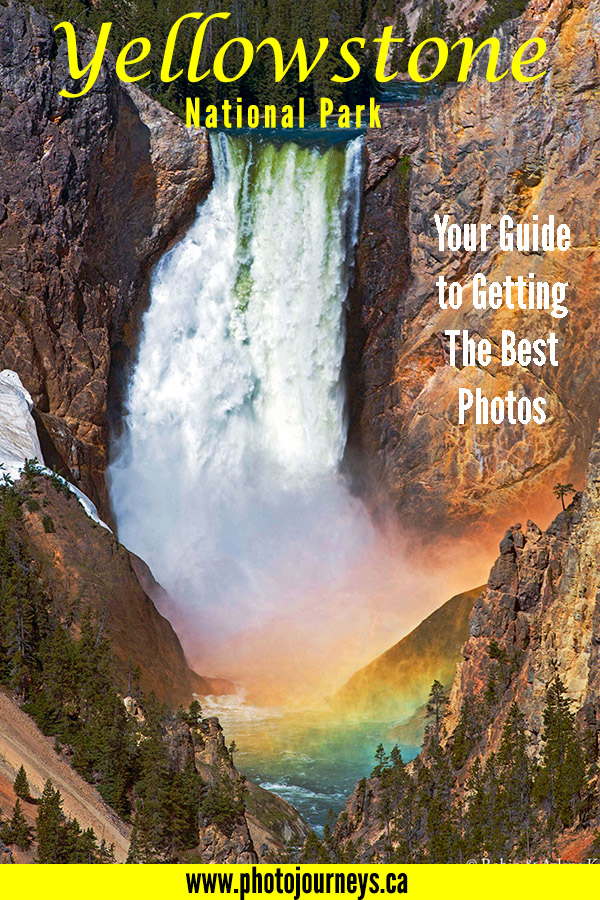