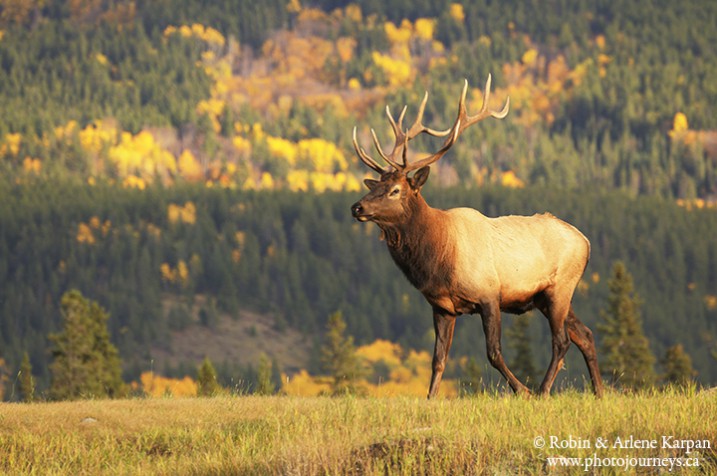 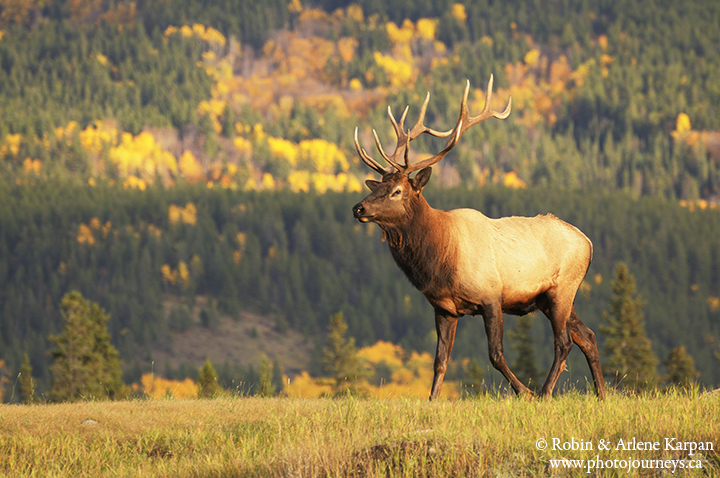 The imposing bull elk runs to the top of the ridge, where it looks over a small herd of females grazing near the riverbank. With a magnificent set of multi-point antlers stretching a metre above his head, the bull is clearly showing off to the gals. It’s the annual fall rut, or breeding season, and if this bull wants to retain his position as head honcho of the harem, he has to impress the cows and be prepared to fend off rivals. But trouble is looming. He stares at a younger bull that is slowly but surely making his way toward the herd. Suddenly, the older bull charges, running full speed down the ridge to confront the intruder. They go head to head as antlers clash and rattle, and for a few moments they become so entangled that they have quite a time pulling apart. The battle rages until the young upstart is driven away. The old bull may not relax for long, however. A loud bugling sound echoes through the hills, a sure sign that another bull is announcing its presence and claiming its territory. 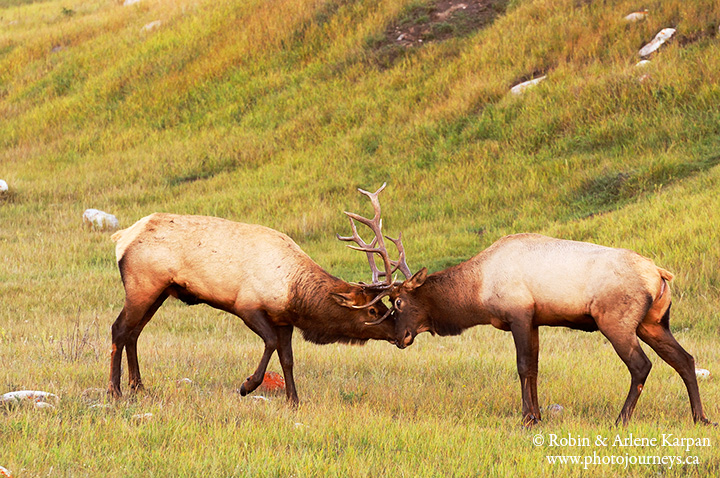 We watched and photographed as this drama unfolded in front of us on a Yellowhead Highway viewpoint, just outside Jasper. This is why late September-early October is our favourite time to come to Jasper National Park in Alberta. While we find elk in many other places, Jasper ranks among the top spots in North America to see and photograph the rut because so much action takes place at easily accessible places. While the elk could be almost anywhere in the area, they often hang around close to the Yellowhead Highway (#16) which runs right beside the town of Jasper, and overlooks the Athabasca River. Other hot spots include the area around Jasper Park Lodge, and especially Wapiti Campground, where you’re likely to be awakened by early morning bugling and sometimes can watch elk walk through your campsite. 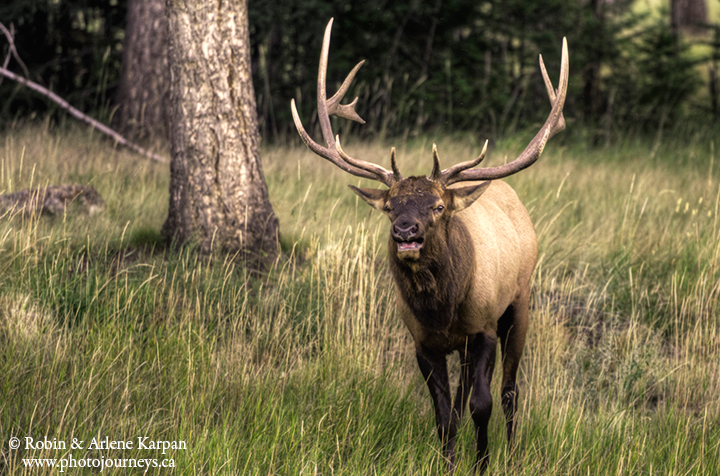 We got many of our photographs at viewpoints along the highway, and sometimes by just pulling off on the shoulder of the highway or adjoining roads. While it’s best to use a tripod in most cases, sometimes the action is so close to the road that it’s not safe to get out of your vehicle. A sturdy beanbag that can support a long lens is very useful. In fact, we consider a beanbag essential here. It’s best to keep your distance from bull elk at any time, and especially during the rut when they could charge anything or anybody (including your vehicle) that gets too close. Just because you see people getting out of their cars when elk are right beside the road, don’t assume that it’s safe to do so. Many people are injured by elk every year, and judging by the incredibly stupid things we see some people do, it’s not at all surprising. 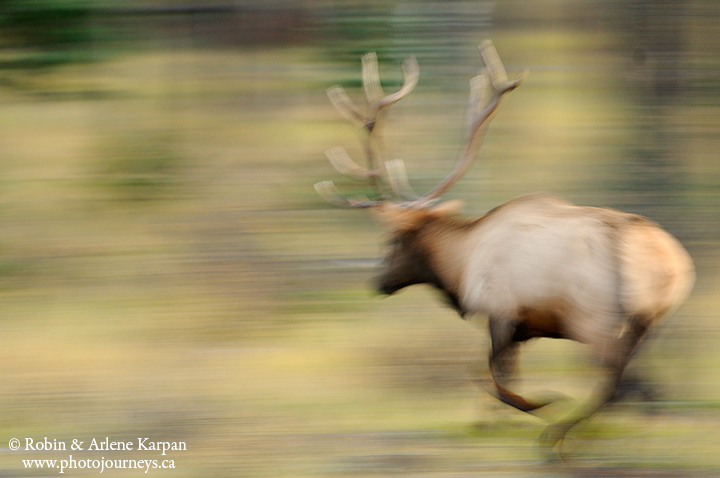 As for most wildlife photography, bigger is usually better when choosing lenses. A 500mm or 600mm lens will help to get frame-filling shots or to reach farther away locales such as when the elk herd wades in the river. However, elk may move around a lot, especially when two males challenge each other or fight, so it’s not unusual to suddenly have the action come so close that you wish you had something wider. In these instances, a zoom with an extensive optical range really comes in handy. 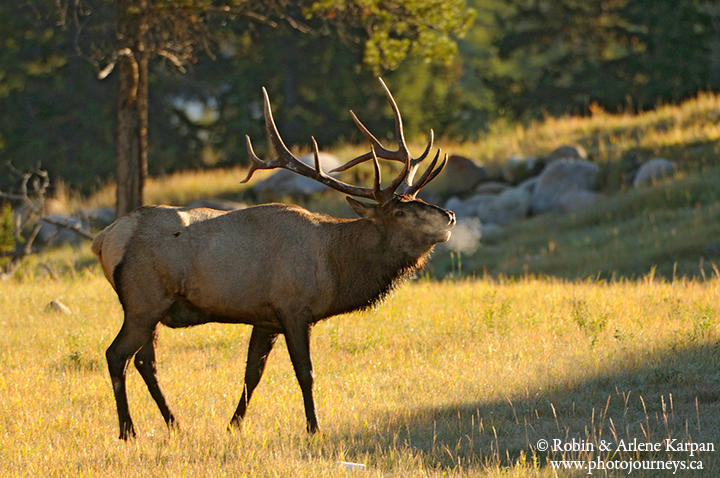 While elk photography is a highlight, it’s only one reason to visit Jasper at this time of year. The weather is usually still pleasant (although anything can happen at this time of year), and summertime crowds are gone. The forest around Jasper has large stands of deciduous trees, making it one of the top mountain parks for fall colours.

2 thoughts on “Photographing the Elk Rut in Jasper National Park”