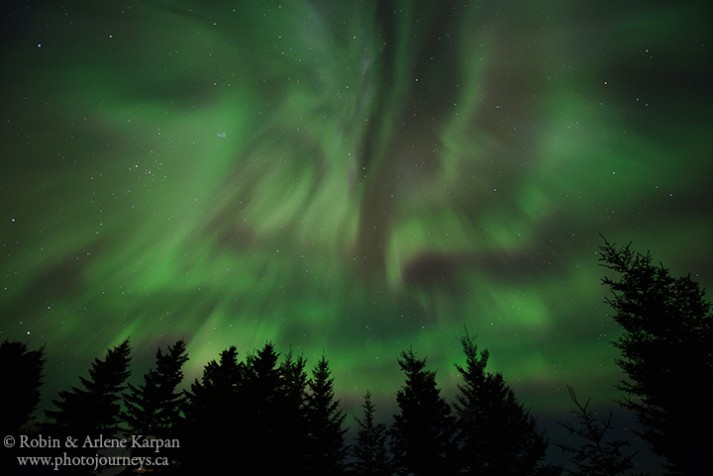 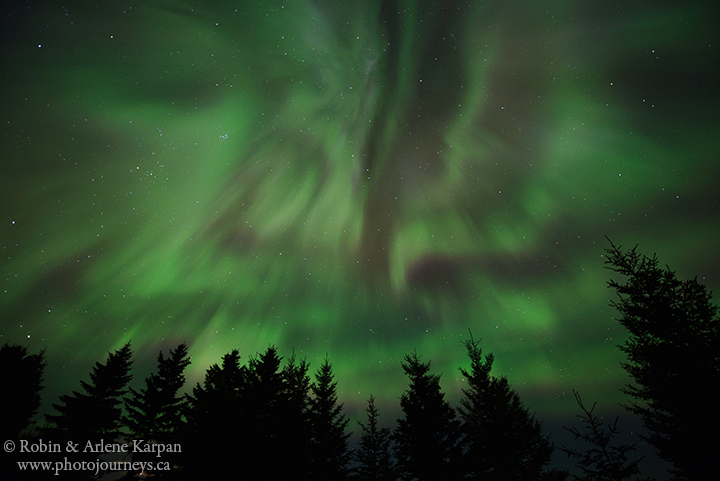 These shots of the aurora borealis or northern lights are from one especially amazing night where the entire sky seemed to be on fire. And while we usually think of northern lights as being in the north, these were everywhere. In fact, many of these images were taken while facing south.


Points to consider when shooting the aurora 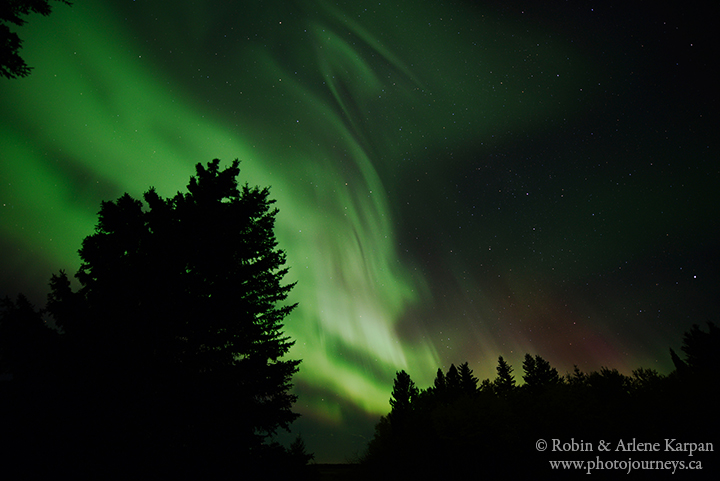 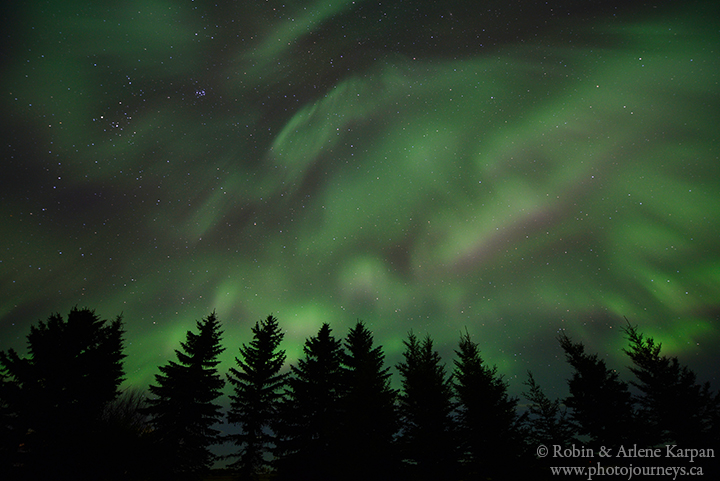 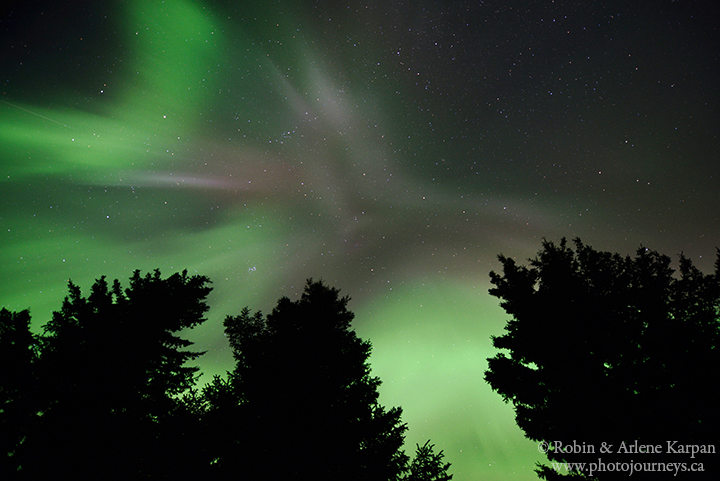 A dark sky away from the light pollution of towns and cities helps to emphasize the colour of the night. We didn’t have to go far for these shots – just to the back yard of our farm in the Thickwood Hills of northwest Saskatchewan. While a dark sky is usually best, you can certainly take successful photos while including other elements, even buildings with lights, in the foreground. It all depends on the effect that you’re after. This is intended as a starting point. Experiment with different lenses and settings and see what happens. The most important thing is to have fun with the night sky. 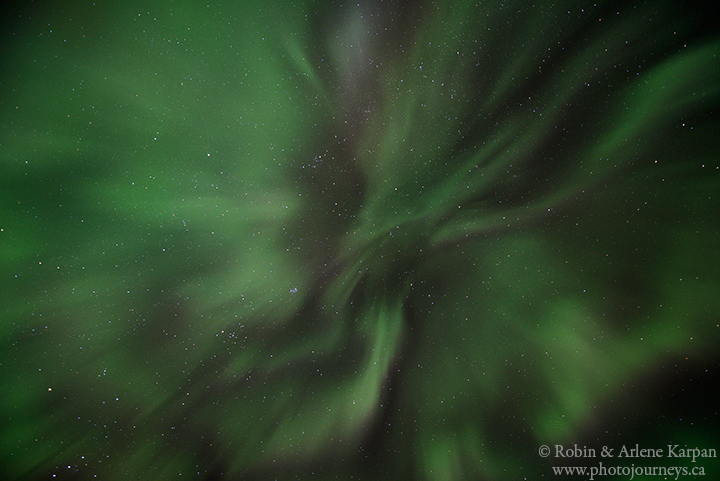