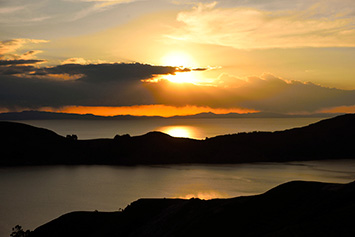 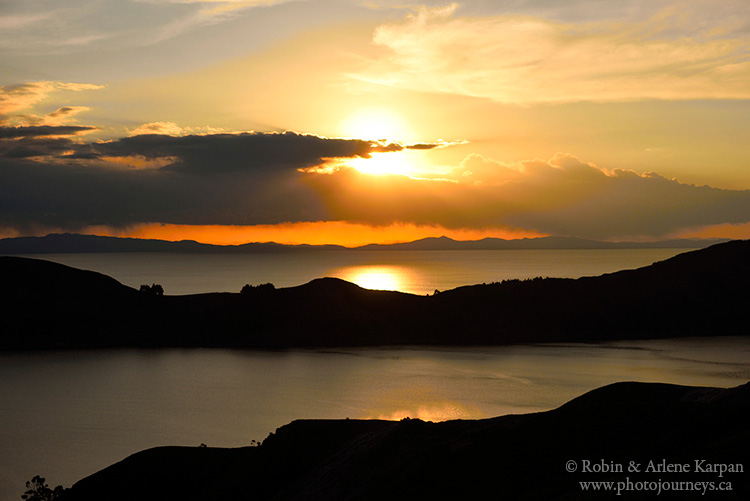 At around 3,800 metres, straddling the border between Peru and Bolivia, Lake Titicaca is the highest navigable lake in the world. Isla del Sol on the Bolivia side is the largest island on the lake but is still only around 15 km long. This is considered the birthplace of the Incas. According to tradition, it was here that the creator god Viracocha rose and created the sun, plus the moon, stars, earth, and first people while he was at it. Besides being historically significant, the island is a pleasant place to wander around for a few days, with outstanding scenery, a traditional way of life, and no roads or motorized traffic. 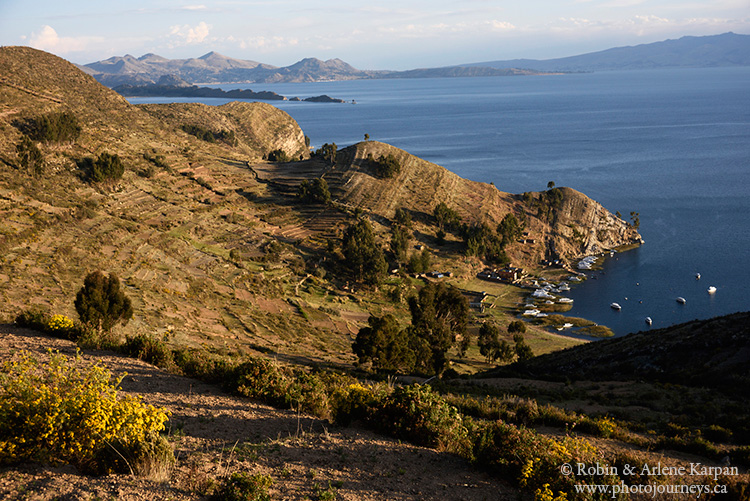 It’s about an hour boat trip from Copacabana on the mainland to the island’s main village of Yumani. We arrived at the boat dock to find a chaotic jumble of people, goods being loaded and unloaded, and donkeys everywhere. Fortunately, two of those donkeys were for us. When we booked a stay at the Palla Khasa lodge, they said that they would send someone to meet us at the dock and help with the bags. Now, we could see why. The village is high up in the hills, almost straight up along a narrow path. The man from the hotel strapped our backpacks on the donkeys, and we walked carrying only our cameras, joining the line of people and donkeys winding up the stony switchbacks. Even without carrying anything, it was a tiring grunt heading uphill in the oxygen-starved air. We were ready for a rest when we got to Palla Khasa – on the opposite end of town, sitting by itself on the hillside, with gorgeous views over the rugged coastline.


The main activity on the island is walking the trails that run its length. Two options are the high trail and the low trail, so we spent a day on each. The low path is the easier walk, staying closer to the shoreline and passing the village of Cha’lla about half way along. Life is simple to say the least, with basic houses, tiny vegetable plots, and sheep grazing hillsides covered in only sparse tufts of grass. Yet the mostly Aymara people have been living here for countless years – a lot of hillside terraces they carved date to well before European contact. 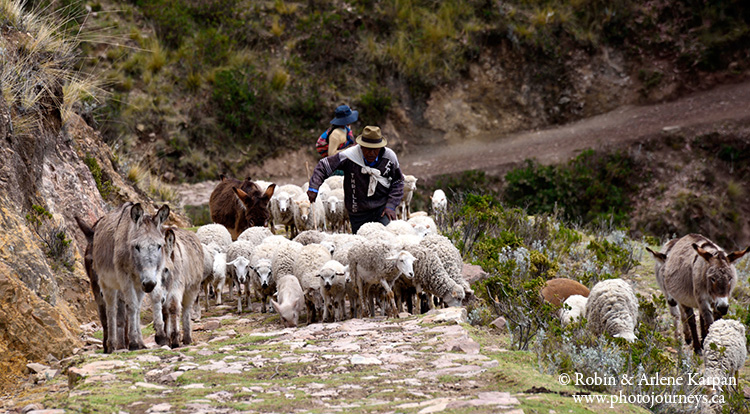 The next day we did the cross island walk, by first taking the boat to the tiny village of Challapampa at the far end, then walking back. Guides meet the boat and you have the option of being shown around the Inca ruins on the tip of the island before starting the walk. It’s not a large site, but the setting is dramatic. There’s a maze of stone walls from former buildings, a large ceremonial table thought to have been used for sacrifices, and a sacred rock said to resemble a puma (it sorta kinda looks like a puma if you squint your eyes just right and use your imagination). 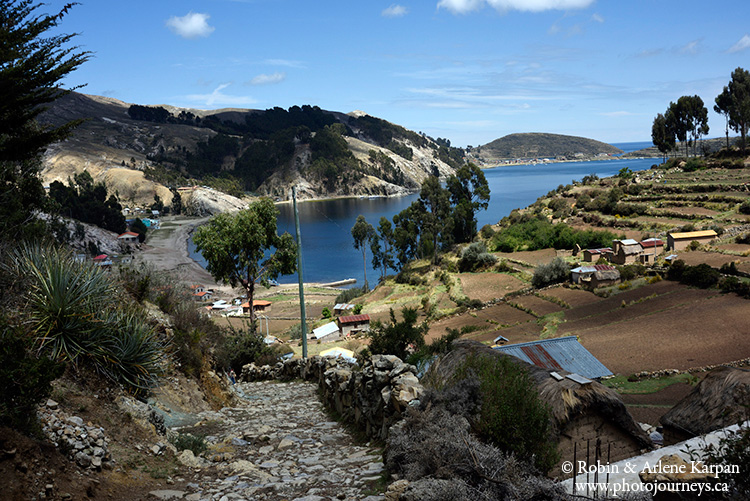 The three-hour walk back along the high Inca road was clearly the most impressive part of our visit. It follows many of the highest points of the island (close to 4,000 metres), with outstanding views the entire length. While it has a fair bit of up and down, it wasn’t especially steep or rugged. At lower altitudes, this would be considered a moderate hike in the hills, but here it’s a different story. We were completely done in by the time we got back. 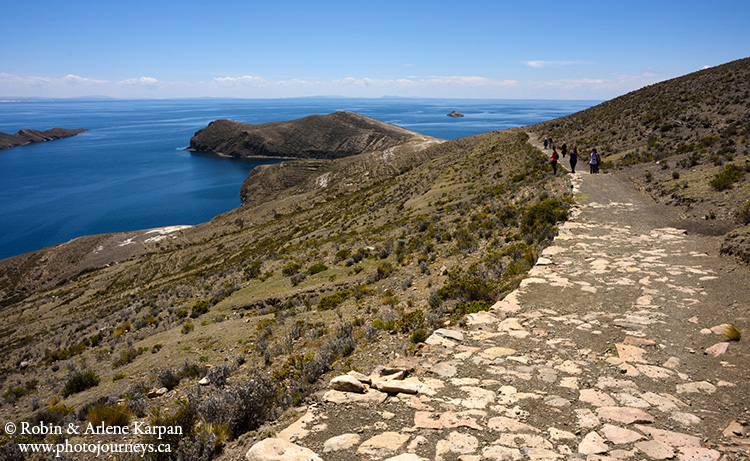 After a well-deserved rest, we headed to our favourite restaurant for a supper of excellent Lake Titicaca lake trout. Every evening, we came back to the same small, non-descript eatery that not only had the essentials that we look for in a restaurant – good food at good prices – but a stunning view where we could watch the sun setting over the Island of the Sun.