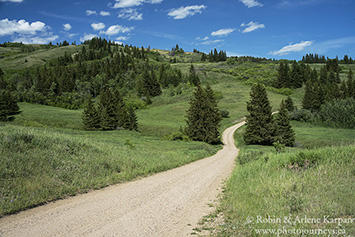 Flowing through both the Alberta and Saskatchewan sections of Cypress Hills Interprovincial Park, plus Fort Walsh National Historic Site, Battle Creek is one of the shorter waterways on the Canadian Prairies. Yet, few can match it for the mix of history and scenery around every corner of its meandering course. 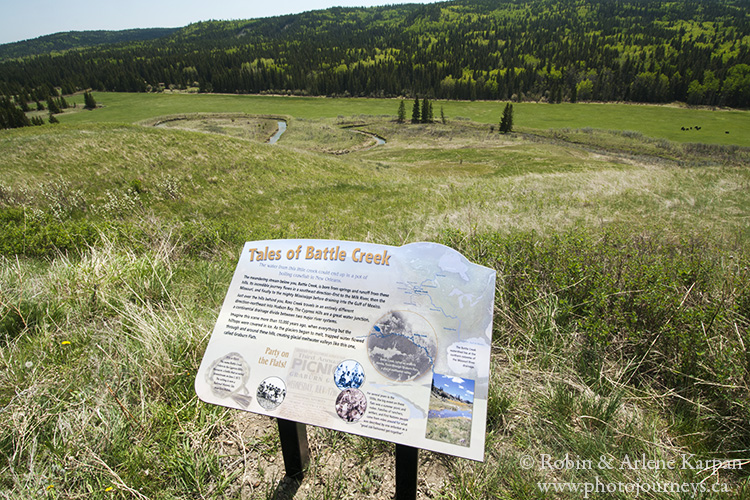 Located at the northern extent of the Gulf of Mexico watershed, the creek begins in the Cypress Hills, just east of Elkwater, Alberta. While both the Alberta and Saskatchewan sides of Cypress Hills Interprovincial Park are immensely popular, the road along Battle Creek connecting the provinces sees little traffic. This suits us just fine, since we consider the border area one of the nicest parts of the park.


From Elkwater, head south on Highway 41, climbing to the high plateau, then turn east onto Reesor Lake Road. Soon the road winds down into Battle Creek Valley, highlighted by Reesor Lake, a small reservoir created by damming Battle Creek, and a trout fishing hot spot.

East of the lake, the pavement turns to gravel and the road name changes to Battle Creek Road. Pullouts with interpretive signs indicate points of interest, such as Police Point Slump, site of a massive landslide where the valley wall gave way in 1967. Farther along, a cairn marks the grave of Constable Marmaduke Graburn of the North West Mounted Police. In 1879, he had the dubious distinction of being the first Mountie in Canada to be shot and killed on duty. His murderer was never found.

Hike to the Hidden Conglomerate Cliffs

In Saskatchewan, the road descends deeper into the valley, with the twisting creek lined by thick stands of pine and spruce, interspersed with wildflower-adorned meadows. Hiking opportunities abound, but one of our favourites is a section of the Trans-Canada Trail only a couple kilometres into Saskatchewan. The trailhead is across the road from an old abandoned log building. It’s a steep climb up the valley slope, but once on top, you have magnifcent views from the Hidden Conglomerate Cliffs, outcroppings of unusual stone formations jutting out from the valley rim. They’re called hidden because you can’t see them while driving along the valley road.

If you prefer driving to walking, minor side roads head into the hills. We especially like South Benson Road, which is extremely rough, deeply rutted, and should only be attempted with a high-clearance, preferably four-wheel drive, vehicle in dry conditions. The main road leaves the valley just east of two pleasant campgrounds next to Battle Creek.

Fort Walsh and the Mountie Connection

Fort Walsh is only a few kilometres downstream along Battle Creek, but to get there we have to drive out of the valley and then back down again. However, we’re treated to even more stunning scenery along the way. In 1873, this was site of the Cypress Hills Massacre, which spawned the name Battle Creek. American wolf hunters and whiskey traders killed several Nakoda Indians, who they wrongly accused of stealing horses. When the news reached Ottawa, the government became concerned over increasing lawlessness and formed the North West Mounted Police (forerunners of today’s RCMP). Fort Walsh was established at the massacre site to provide law and order, and later became Mounted Police headquarters.


In the late 1870s, inspector James Walsh was instrumental in keeping the peace with Chief Sitting Bull’s Sioux, who took refuge in southwest Saskatchewan after defeating the U.S. Cavalry in Montana. The fort was abandoned after Mountie headquarters moved to Regina in 1882, but served as a horse breeding and training centre for the RCMP Musical Ride from the 1940s to 1960s. Today it is a National Historic Site, where guides in period dress takes visitors back in time. 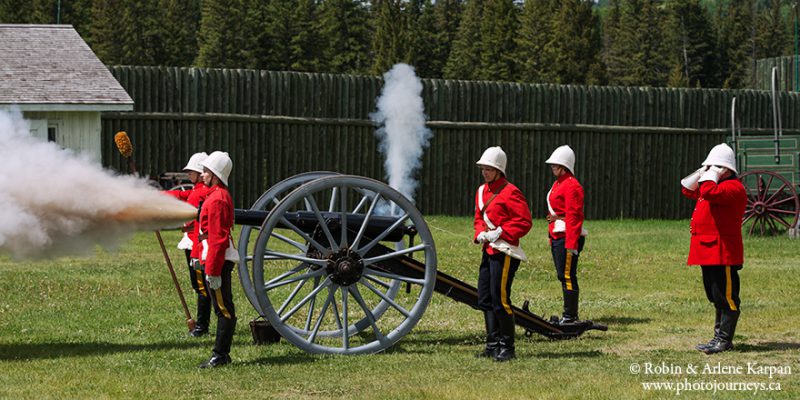 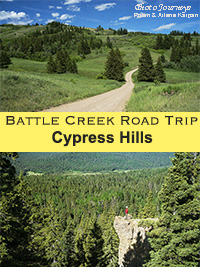