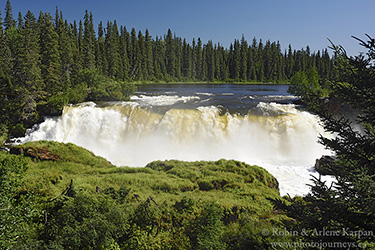 
Massive walls of water thunder over a fault line. Cataracts and rapids twist through a narrow canyon. Most intriguing of all, a rapid-filled spring seems to gush mysteriously from a solid rock wall. The best part is that all of these spectacular natural features are easily accessible along a paved highway following the Grass River in northwestern Manitoba.

The river became famous during the fur trade as part of the Upper Track to Hudson Bay. Voyageurs would portage from the Saskatchewan River system into the Grass River headwaters at Cranberry Portage, south of current-day Flin Flon, then paddle northeast along the river to where it joins the Hudson Bay-bound Nelson River. Today, this ranks among Manitoba’s top wilderness canoe routes.

Several points along the river are accessible along Highway 39, which begins roughly halfway along Highway 10 between Flin Flon and The Pas. Running east then northeast, Highway 39 eventually joins Highway 6 heading to Thompson. At the western end, the highway passes through Grass River Provincial Park, with access to three campgrounds along the river and lakes. A must-stop is Iskwasum Campground, the middle one and home to the Karst Spring Trail. The beautiful 3.2-kilometre loop walk through thick forest parallels the Grass River shore much of the way. The highlight is the spring that seems to surge out of solid rock.


Considered a mystery since it was first documented a century ago, this strange phenomenon has to do with its location where the Precambrian Shield meets the sedimentary rocks of the Manitoba Lowlands. It is thought that water seeps through the softer sedimentary rock, but when it hits the underlying hard rock of the shield, it can’t go any further and comes gushing out.

Farther east on Highway 39, take the 15-kilometre detour north to Wekusko Falls Provincial Park, where the Grass River narrows and plunges 12 metres through a series of rapids and waterfalls before rushing into Wekusko Lake. It’s easy to see most of the falls along a short walking trail and two suspension bridges crossing the river, getting you up close to the roar of the water and the constant spray. There’s a nicely situated campground next to the lake which is known as a fishing hotspot, especially for large walleye.

But for those mainly interested in seeing the falls, the prime real estate for camping is in the walk-in tenting area, across the river from the main campground and next to the falls. Ten spacious sites are scattered in the trees lining the river, with some overlooking the water. We had planned to spend one night at this exceptionally pleasant spot, but decided to stay another.

Between our two nights at Wekusko Falls, we took a day trip to get serious about waterfalls. Pisew Falls is about an hour and a half drive farther east on Highway 39, which changes to Highway 6 part way along. The Grass River cascades 13 metres in a massive wall of water, then makes a sharp turn into a gorge.


A short trail along a boardwalk with steps leads to breathtaking viewpoints. Just downstream, a suspension bridge crosses the turbulent river, allowing more great views. An informal trail leads right to the brink of the falls. There are no barriers, so it’s important to be careful here. Pisew Falls is the second highest waterfall in Manitoba, only a metre less than Kwasitchewan Falls, just downstream on the Grass River. Getting there is not easy.

The park recommends allowing 12 hours for the rugged and difficult 22-km return walk to the falls that starts at the suspension bridge. While some do it in an extremely long day, others backpack in and stay overnight at one of the backcountry campsites near Kwasitchewan Falls. 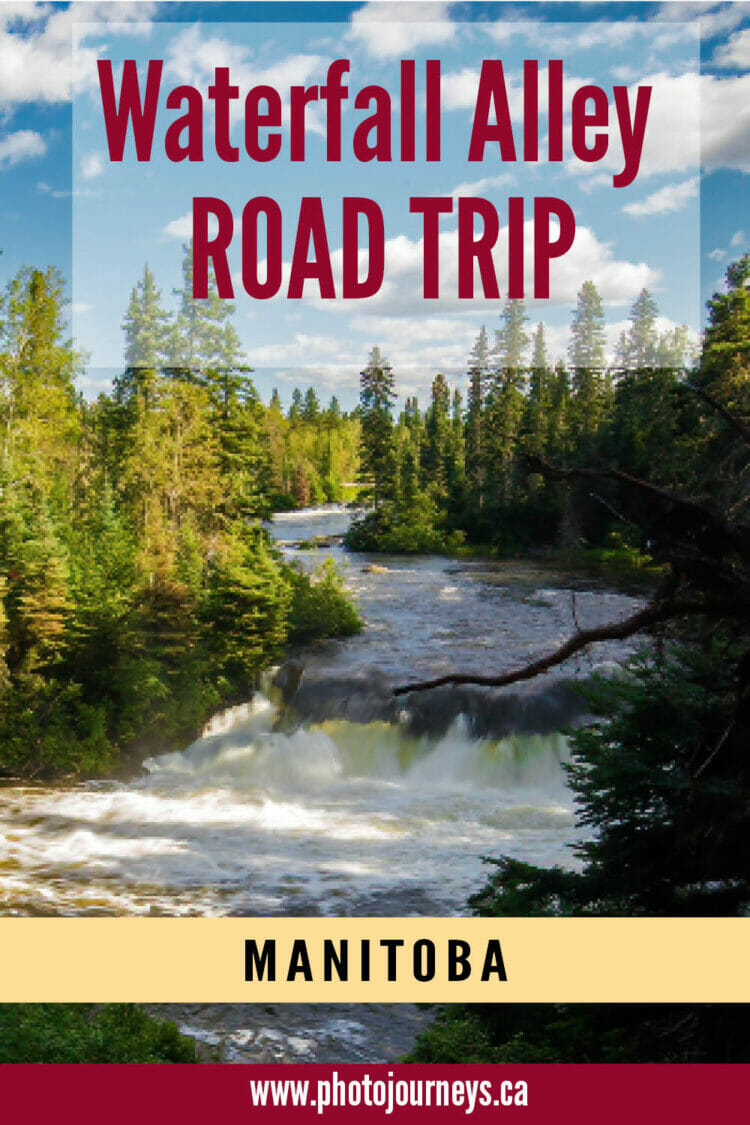 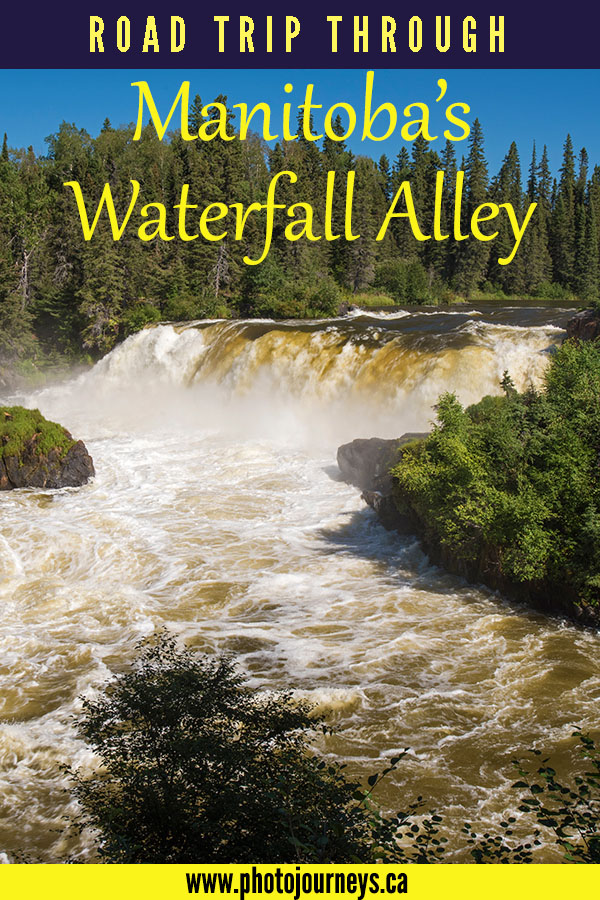