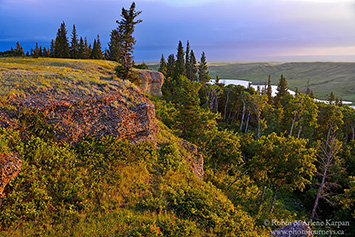 The Cypress Hills are without a doubt among the most photogenic parts of Saskatchewan, with a rich mix of landscapes that don’t fit neatly into any one category. During the last ice age, when most of the province was buried under mountains of ice, glaciers never reached this higher plateau, leaving the region relatively free from the powerful effects of erosion caused by moving ice sheets.

Today we find a delightful mix of uplands (with the highest elevation in Canada between the Rockies and Labrador), combined with an unusual blend of grasslands and forest. Prolific wildflower displays abound in these varied habitats, with some beauties difficult to find elsewhere. The “island” nature of the hills makes it a haven for a wide array of wildlife. History looms large as well, especially at Fort Walsh which pays tribute to one of Canada’s most important Mounted Police posts. Here are 15 of our favourite Cypress Hills images, though this barely scratches the surface of what you’ll find.

The Cypress Hills feature prominently in some of our books, including the Great Saskatchewan Bucket List and Photographer’s Guide to Saskatchewan. We’ve outlined several driving routes through the hills in our upcoming book, Saskatchewan’s Best Scenic Drives, to be released in Spring, 2018. Watch for details and updates at www.parklandpublishing.com.

For more ideas on travel in the region, check out the website for the Cypress Hills Destination Area as well as Tourism Saskatchewan. 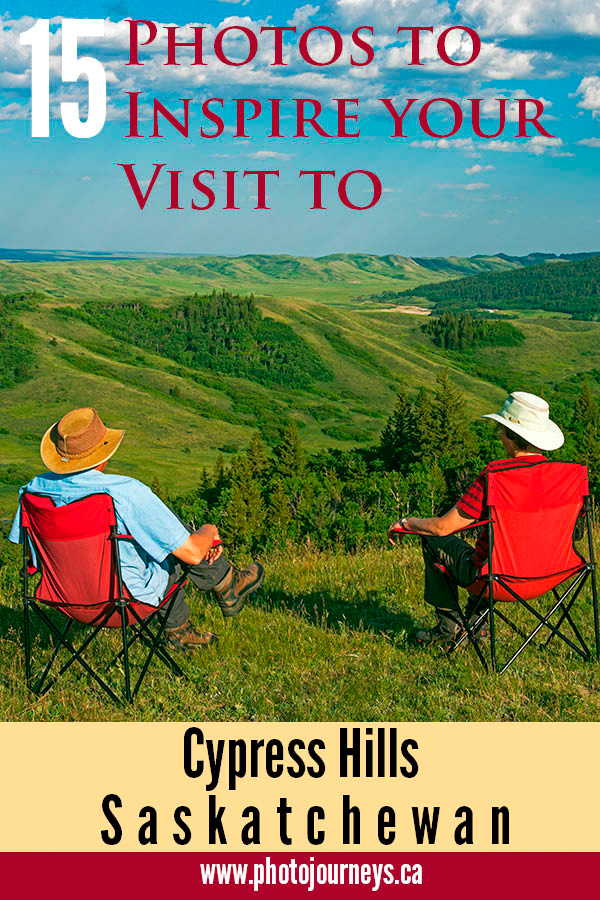