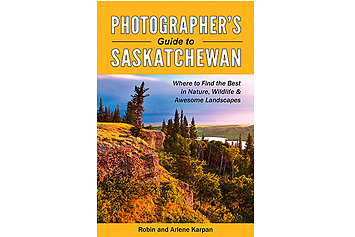 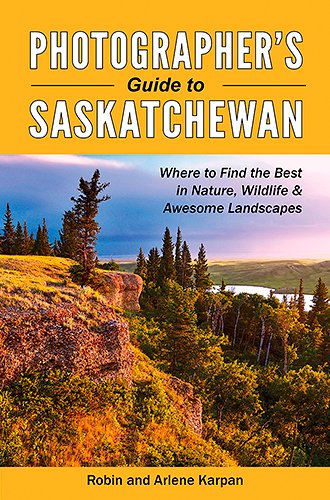 Photographer’s Guide to Saskatchewan focuses on our favourite photogenic haunts throughout the province, along with how-to details and 250 images in 208 pages. We cover several highlights from the book in other posts on Photo Journeys (see below for some suggestions). Here is why we consider Saskatchewan to be a photographer’s dream.


What’s so special about Saskatchewan for outdoor photography?

The possibilities are as boundless as the Saskatchewan sky, with everything from herds of primeval bison roaming open grasslands of the deep south, to jaw-dropping remote waterfalls of the far north. In between are some of Canada’s baddest badlands, drifting dunes, enchanting river valleys, whimsically sculpted sandstone formations, and massive hard rock cliffs of Precambrian Shield. Then there are those extraordinary landscapes that don’t fit neatly into categories— the Cypress Hills with its delightful mix of highlands, grasslands, and forest, or the other-worldly crooked bush that seems straight from the pages of a fantasy novel.

This is “the” place to photograph wild prairie. Saskatchewan has some of the largest expanses of increasingly rare native grasslands left in North America, including the stunning and easily accessible landscapes of Grasslands National Park. Saskatchewan is, hands down, the sand dune capital of Canada, home to both the largest and second largest dune fields in the country, plus a few others thrown in for variety.

It’s not just size that matters. The Athabasca Sand Dunes are unique in the world. Most great sand dunes are in deserts or at least arid settings. Yet here, a desert-like terrain is seemingly misplaced in the midst of boreal forest and lakelands, bordered by one of Canada’s largest lakes, and sliced by three rivers. Remarkably, the best way to explore deep into these dunes is by canoe! How cool is that?

Let’s not forget the critters

Located smack on the Central North American Flyway, migrating waterfowl stage here in the hundreds of thousands, giving us easy access to some of nature’s most breathtaking spectacles when massive liftoffs practically block the sky. Long famous as “North America’s Duck Factory”, Saskatchewan raises a quarter of the continent’s ducks, plays host to half of the world’s migrating sanderlings, has half of Canada’s pelicans, half of Canada’s designated sites in the Western Hemisphere Shorebird Reserve Network, the world’s largest inland concentration of bald eagles, and the world’s largest concentration of breeding white-winged scoters. Saskatchewan’s white-tailed deer have the largest antlers in North America, we have the only black-tailed prairie dogs in Canada, and a quarter of the world’s endangered piping plovers.

Photographer’s Guide to Saskatchewan is available at better bookstores and gift shops, or you can fill out the order form on our website www.parklandpublishing.com. 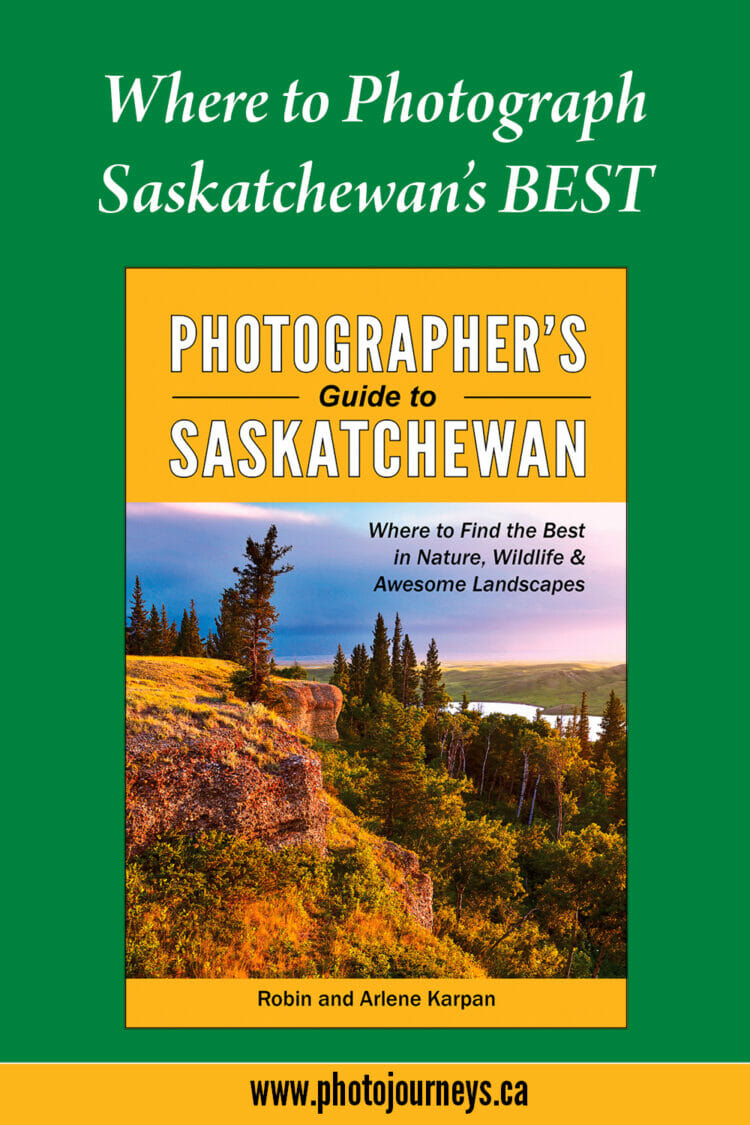