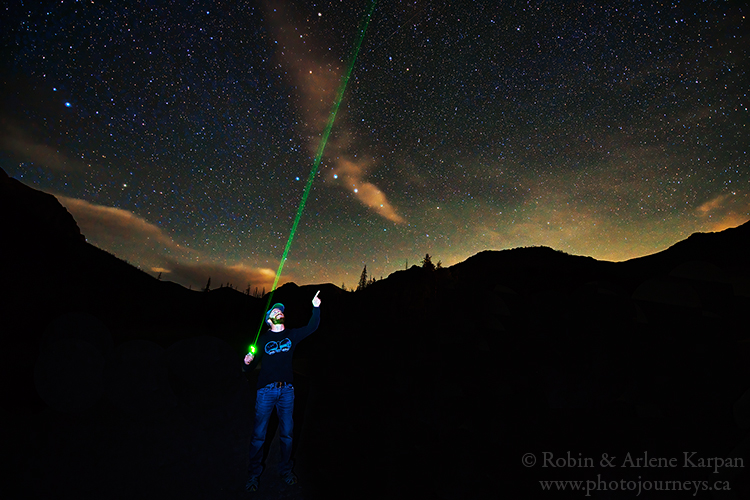 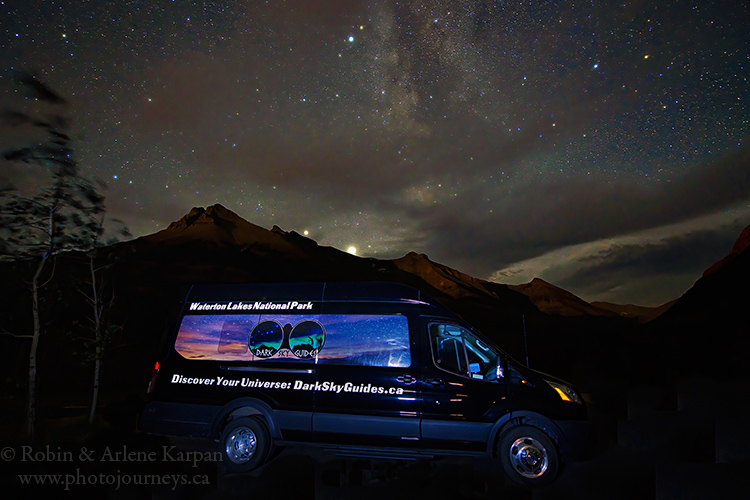 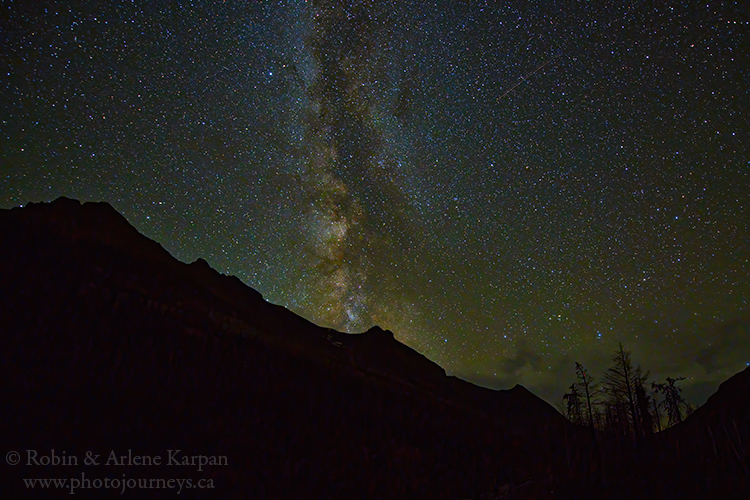 The milky way core against the mountain peaks. 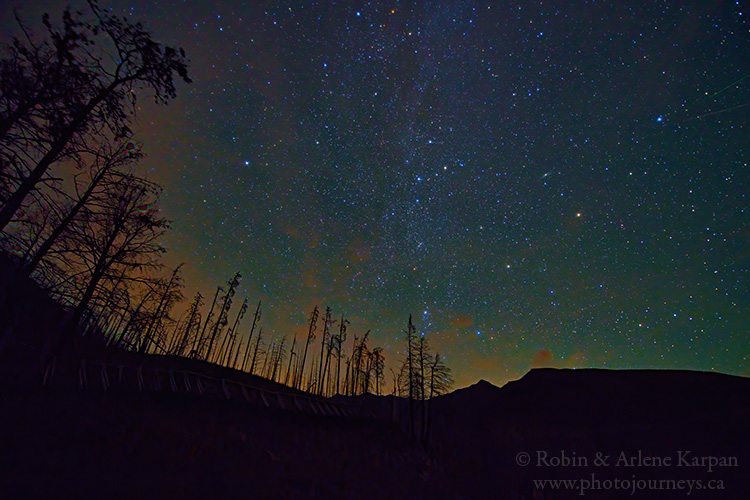 As it got later, the moon which was still behind the mountains started to throw some light onto the clouds. 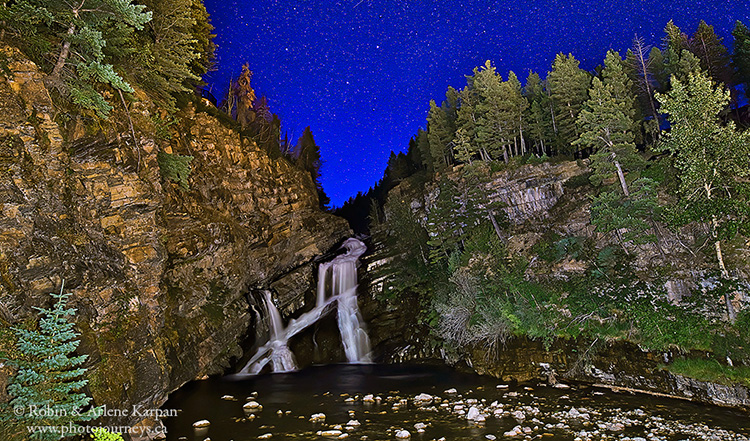 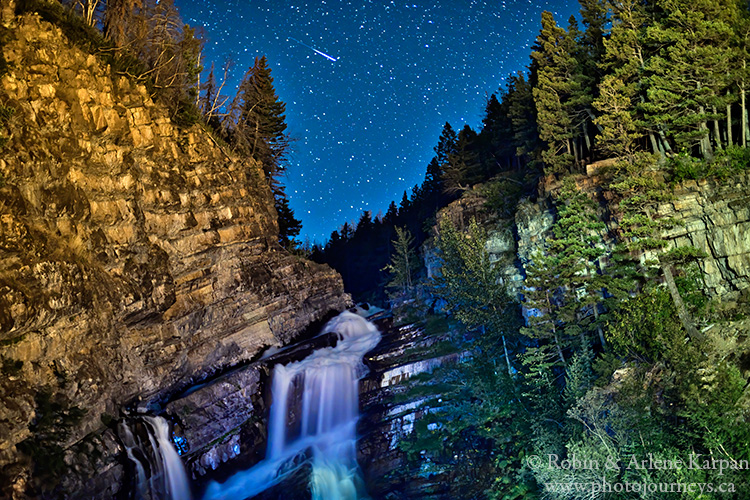 A closer view of Cameron Falls with a flash of light during the Perseid Meteor Shower.

Standing on Driftwood Beach, looking towards the Prince of Wales Hotel. 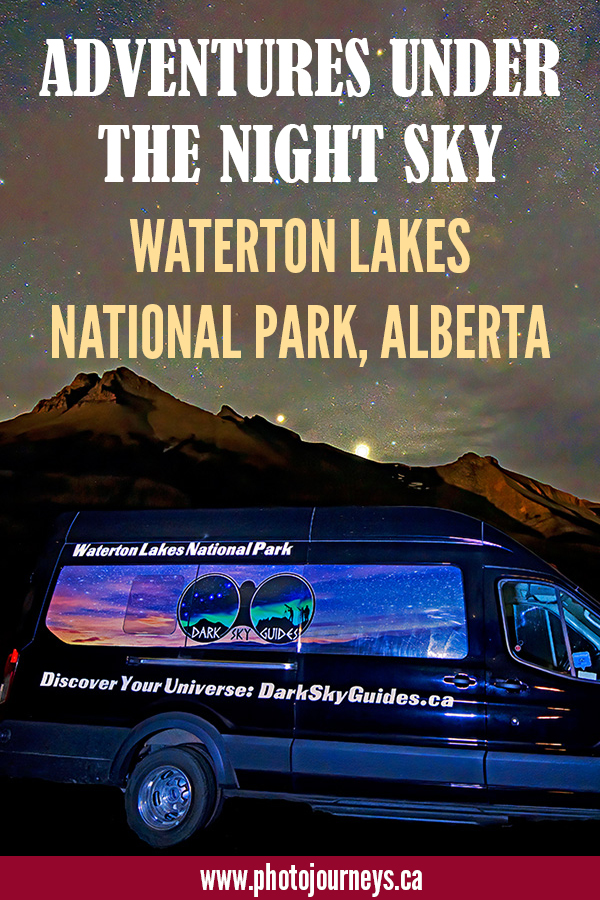