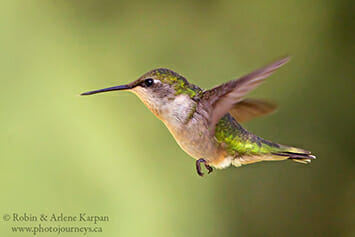 This is an image of a juvenile ruby-throated hummingbird in flight. We’re fortunate to have hummers nesting nearby and frequently coming to our feeders. The goal was to get the bird in flight but also to have it stand out from the background. 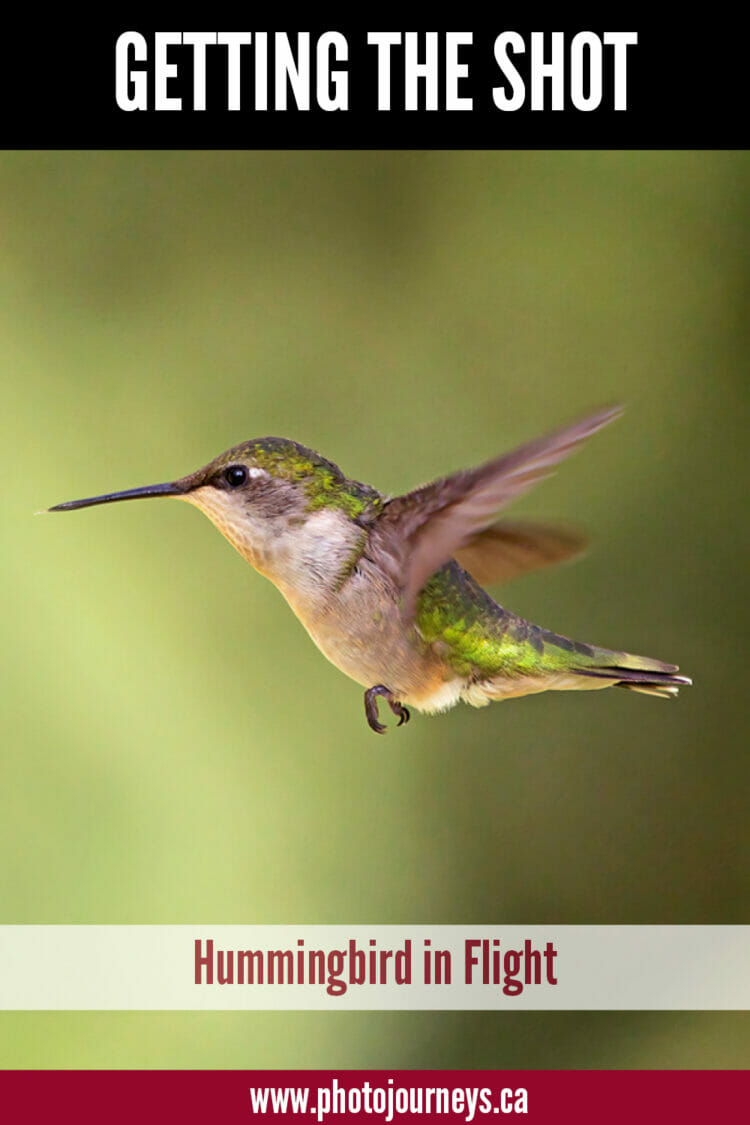