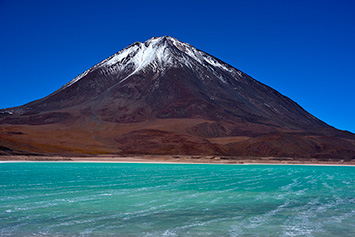 It was a trip that more than lived up to its reputation. Bolivia’s most famous travel experience is the southwest circuit, a 3 to 4-day route that combines famous Salar de Uyuni, the world’s largest salt lake, with the wild desert terrain of Eduardo Alvaro National Park in the southwest corner of the country. There are two main jumping off points for the trip. The one that most people use is the town of Uyuni, near the salt lake. The other possibility, and the one that we opted for, is the town of Tupiza in Bolivia’s far south. 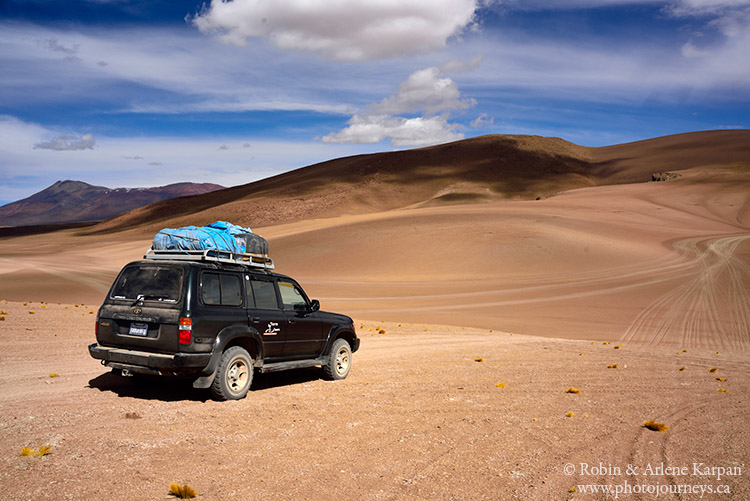 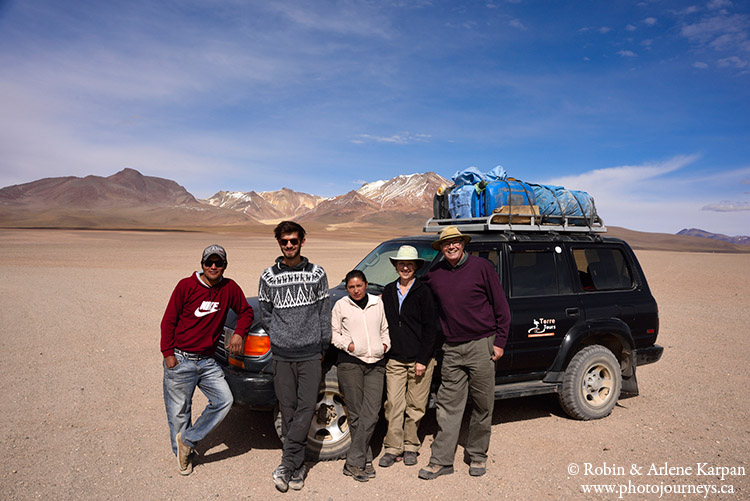 We chose Tupiza for a number of reasons. We wanted to visit Tupiza itself, a worthwhile destination in its own right (and subject of our previous post). By starting in Tupiza, you travel the circuit in the opposite direction from those starting in Uyuni, so you run into fewer other tourists along the way. When we researched the numerous tour companies offering the trip, the ones based in Tupiza seemed to have the best reputation. Important from a photographer’s perspective, this itinerary included a visit to the Salar for sunrise, whereas some of the trips starting in Uyuni only visited the salt flats during daylight hours. 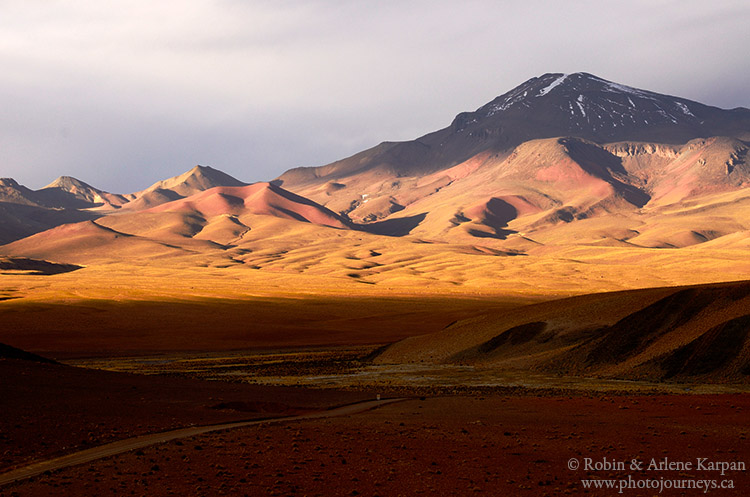 We used Torre Tours for the 4-day trip. Normally they take four passengers, but we ended up with just three, which made for a much more comfortable and less crowded ride. We travelled in a Toyota Land Cruiser with a driver/guide and cook, and gear, fuel, and food strapped to the roof. Much of the thousand kilometre route was off-road, crossing desert sands, salt flats, or bone-rattling trails. Often our driver Edwin slowed to a crawl to negotiate sections of trail that seemed more like rock piles. We stayed in basic yet acceptable accommodation in small villages, and our cook Mirtha made sure that we ate well.

Much of the way we travelled at altitudes over 4,000 metres which can literally take your breath away. One day we reached 5,000 metres, stopping at a thermal area with spewing geysers and boiling mud. We walked around extremely slowly, avoiding exertion in the oxygen starved air.

Despite high altitudes and sparse vegetation, we passed a few small villages and farms where people eked out a basic living. Gone were the cattle, sheep and horses that we saw at lower altitudes. Here, the only livestock are llamas, which originated in the high Andes and are uniquely adapted to these harsh conditions where they eat sparse tufts of coarse grass the consistency of wire.

Each day the landscapes seemed to get more dramatic. We crossed the Dali Desert, so named because the surreal colours of the hills are similar to those used by the famous painter, Salvador Dali. Nearby is Laguna Verde, a small lake at the foot of an extinct volcano that turns emerald green when the wind blows and churns up the minerals in the water. 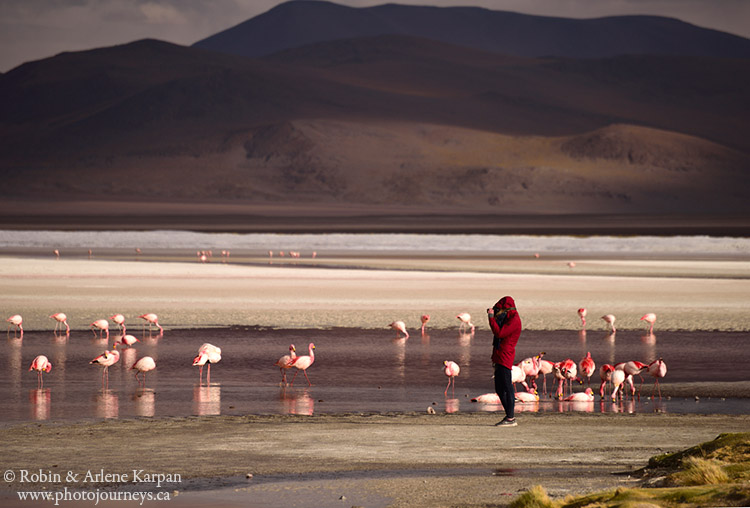 Just when we thought we had seen the ultimate in kaleidoscopic landscapes, we arrived at Laguna Colorada, where algae and minerals in the lake turn the water pink. To top it off, the lake is home to three species of flamingos (there are only six in the entire world). The pink birds against the pink water seemed almost unreal. While we’ve seen flamingos in other places, never this many or this close.

So far, the trip had been like visiting another planet, and an absolute photographer’s dream. But we weren’t done yet.. 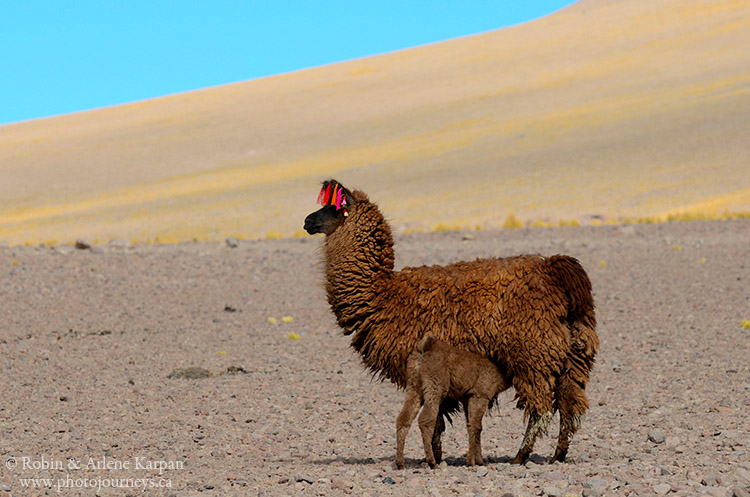