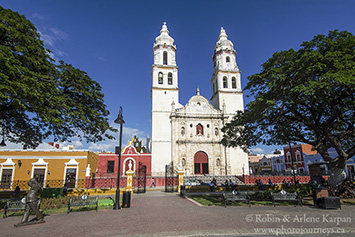 Nothing gets photographers more excited than a photogenic place with rampant colours, something that the city of Campeche, Mexico provides in grand style. Designated a UNESCO World Heritage Site, the historic centre of this magnificently restored colonial city is mostly surrounded by walls with fortified ramparts and bastions. Inside, the narrow cobblestone streets are lined with buildings of every conceivable colour, from pastel pinks and blues to the bold egg-yolk yellow of some of the churches. 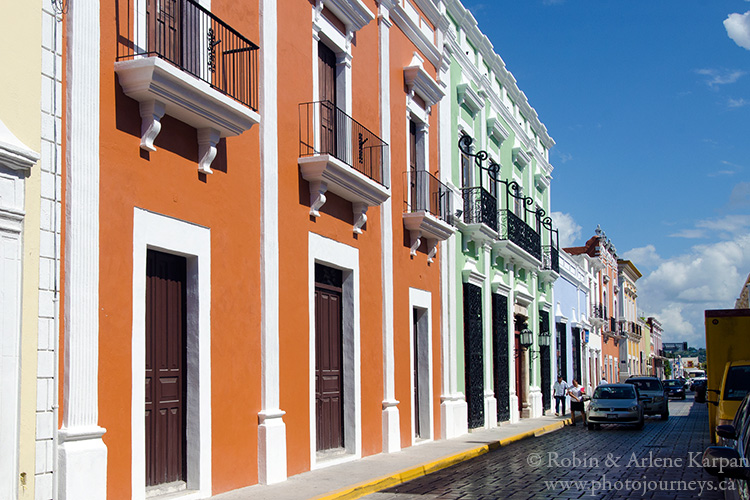 Campeche sits on the Gulf of Mexico side of the Yucatan Peninsula. Before the Spanish conquest, this was an important trade centre for indigenous Maya, because of its strategic location between the Yucatan Peninsula and central Mexico. The Maya successfully fought off the Spanish invaders for several years, but by 1540 the conquistadors finally prevailed and established the city. It continued to be a major trade centre, but now for Spanish galleons taking tropical woods and other goods to Europe. 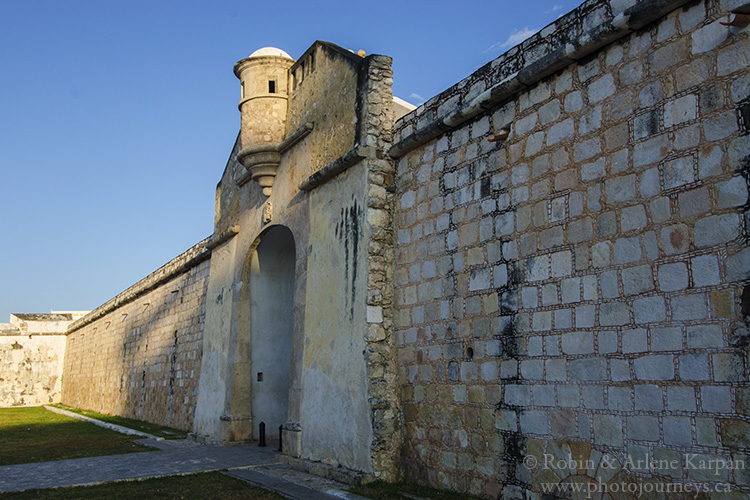 Before long, the Spanish colonials had to contend with attacks – this time from pirates, who sacked and pillaged Campeche several times. This led to the building of walls, eight metres high and three metres thick, around the city, along with ramparts and bastions. It took 18 years to complete, but it did the trick in protecting the city from further attacks. Some of the restored gates and bastions have museums devoted to various aspects of Campeche’s history. The Tierra Gate (Land Gate) has a small display on pirates, but the highlight is that you’re able to walk along the top of the wall for about 500 metres, allowing a bird’s eye view of the city. 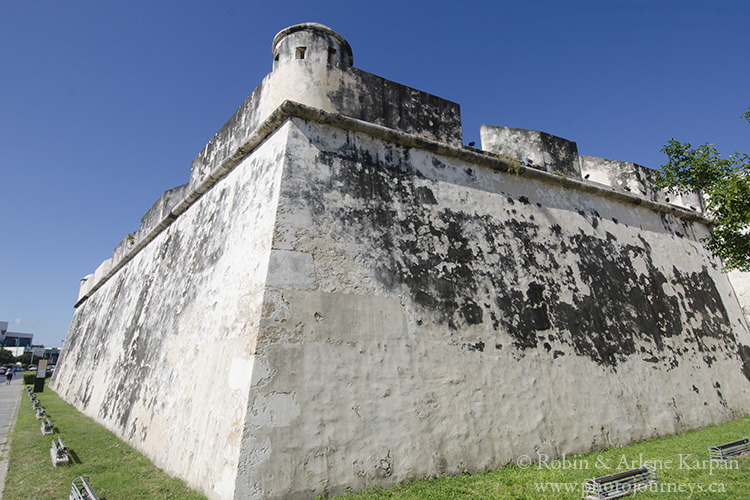 Two forts were also built on either side of the city for further protection. We took a trip to Fuerte San Miguel, about 2.5 kilometres south of the centre along the shore. Sitting on a hill with a magnificent view overlooking the Gulf, the fort is complete with a moat and drawbridge, and is well protected on both the sea and land sides. The rooms inside house an excellent Mayan archaeological museum, with some outstanding items such as jade masks found at one of the sites. This is definitely a worthwhile excursion and easy to do. Go to the bus stop at the west end of Calle 10, just outside the city walls. Take the Lerma bus and ask to be dropped off at the turnoff to Fuerte San Miguel. From there it’s a short walk up the hill to the fort.

The most enjoyable part of visiting Campeche is simply wandering the colourful streets. The walled part of the city isn’t very large, so if you’re there for a couple of days, it’s possible to walk most them. Don’t miss Calle 59, which is a pedestrian-only street, lined with historic buildings and sidewalk restaurants. 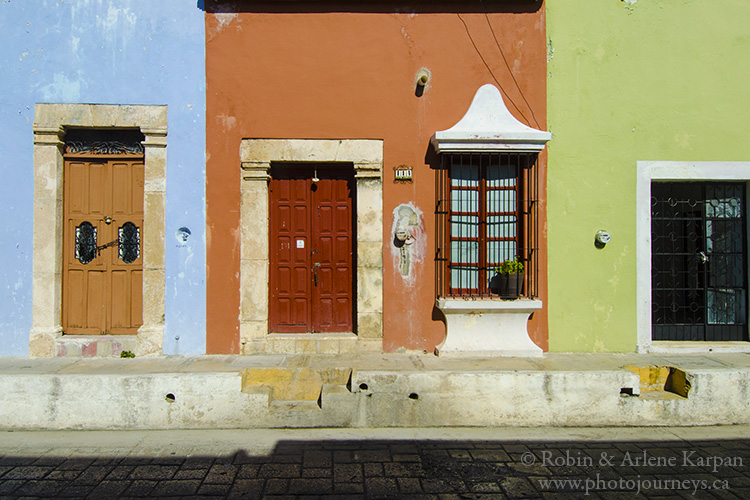 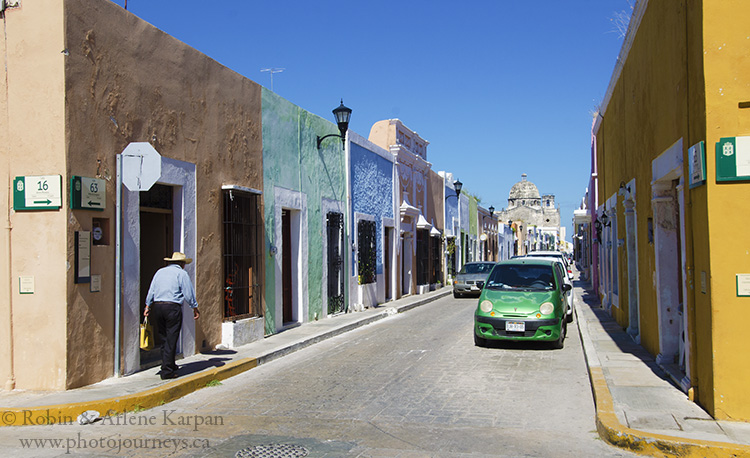 Free Events and Places to Visit

The magnificent Catedral de Nuestra Senora de la Purisima Concepcion dominates the skyline with its two soaring towers. Built in the early 1700s, the church overlooks Parque Principal, or the main square. Here we find even more historic buildings and museums, such as the excellent El Palacio Centro Cultural, a museum that traces the city’s storied past, with free admission.


The main square is also the place to go for occasional free cultural events. We were there on a Friday evening when a very impressive folkloric dance was performed. Many evenings, the Palacio Municipal building, which covers an entire block on one side of the park, is site of a sound and light show. It’s an outstanding event, with images portraying Campeche’s history and plenty of dazzling special effects. Check with the tourist office in the square to find out which evenings it’s playing. 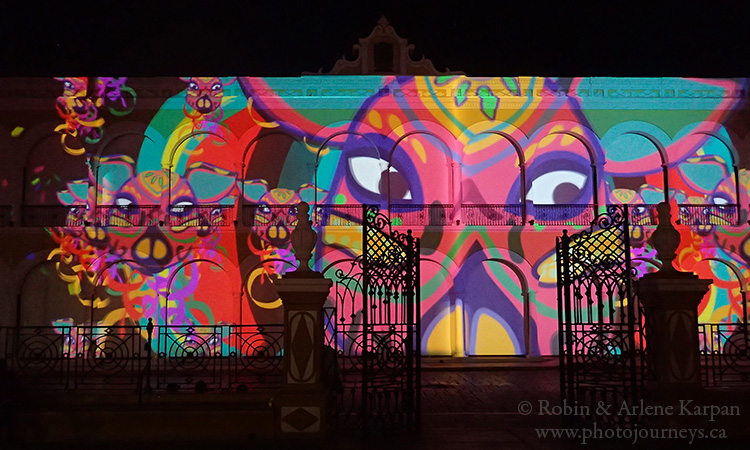 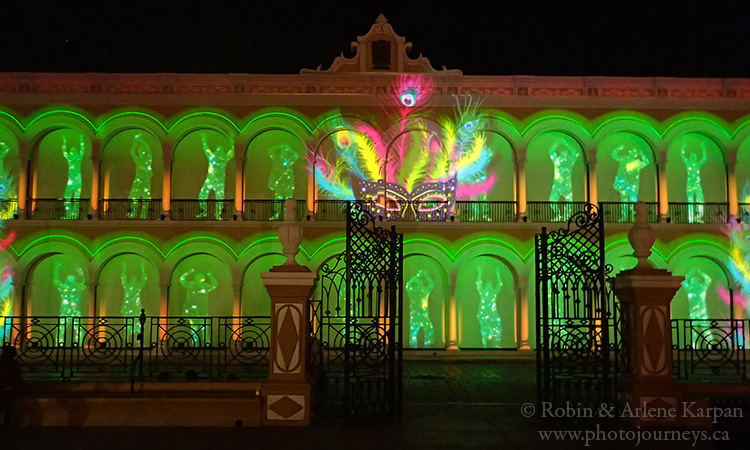 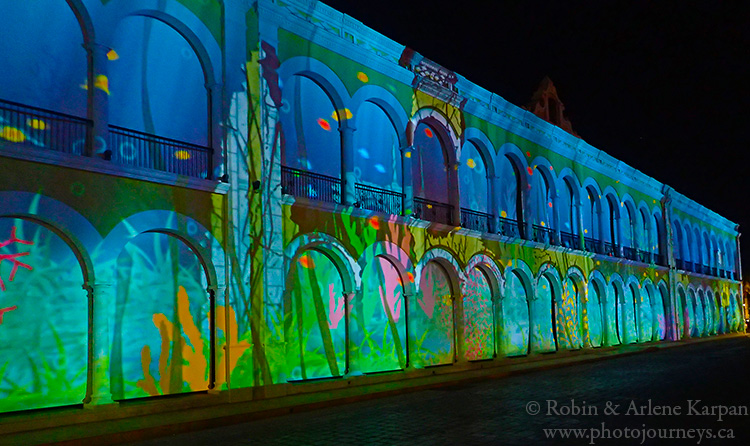 A bonus in visiting Campeche is that it’s a smaller, uncrowded city with a more easy-going pace and friendly residents. While several travellers wander through Campeche, it’s far enough off the main tourist circuits so as not to be over run. Yet it’s very easy to get here on a comfortable 2.5 hour bus ride southwest of Merida, the Yucatan’s main city. 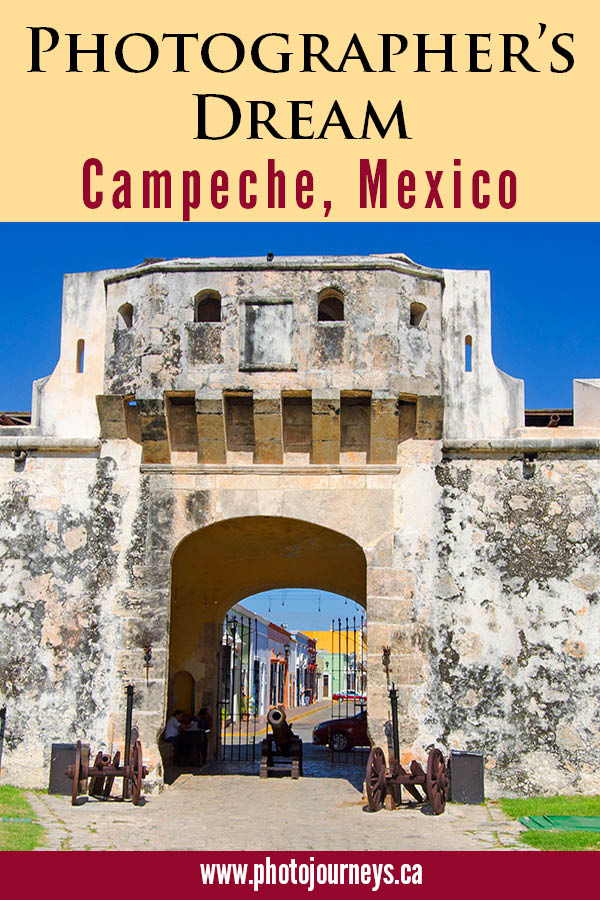