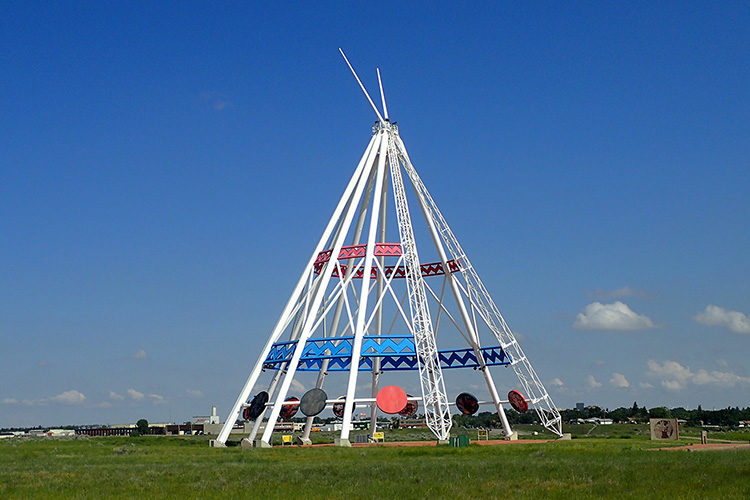 The Saamis Tepee is the world largest tepee. 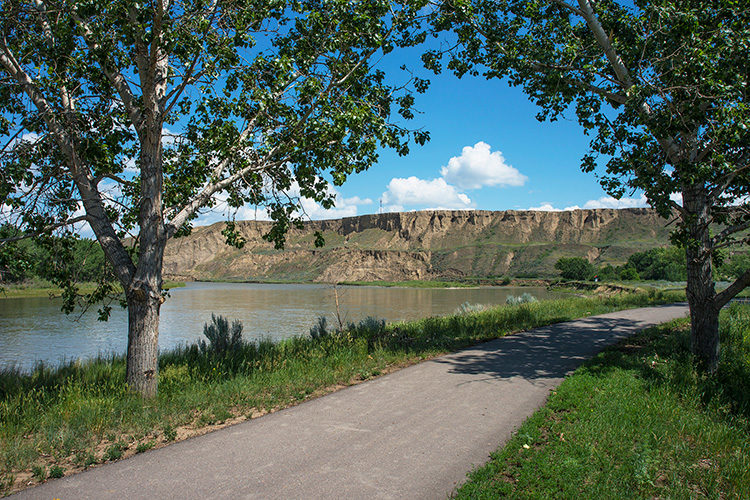 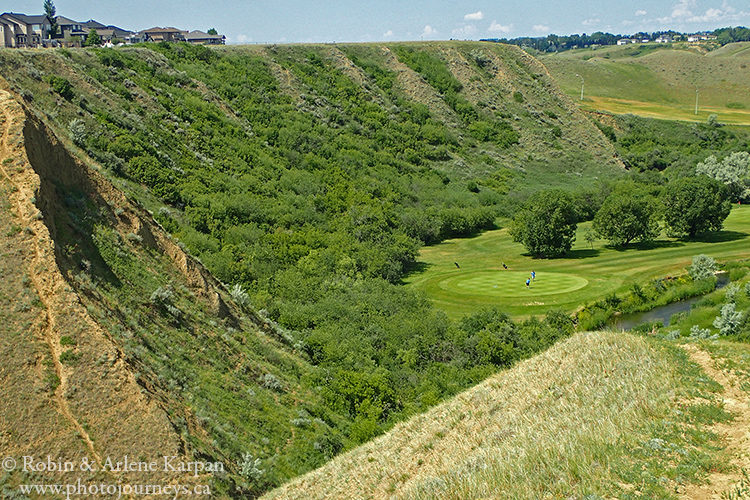 Golf course in the coulee in Medicine Hat. 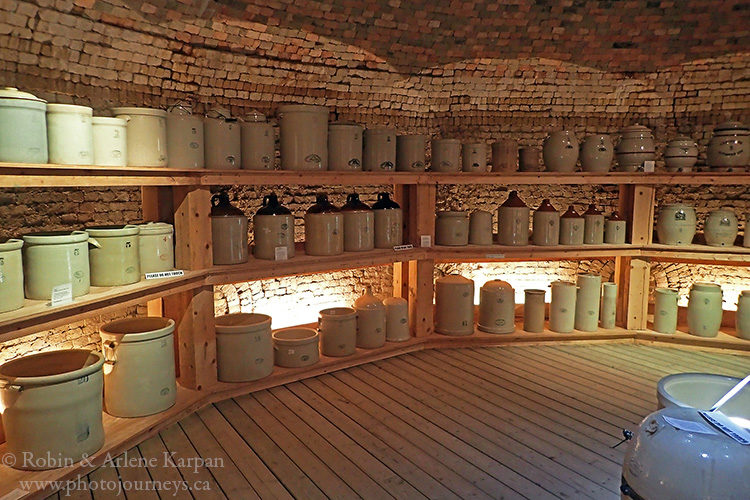 Inside the kiln at the historic Medalta Clay District. 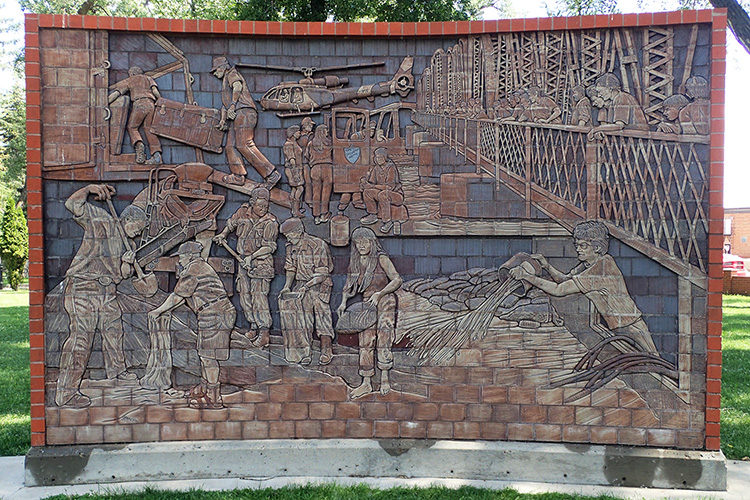 One of many brick relief murals in downtown Medicine Hat, This one commemorates the distasterous flood of 1995. 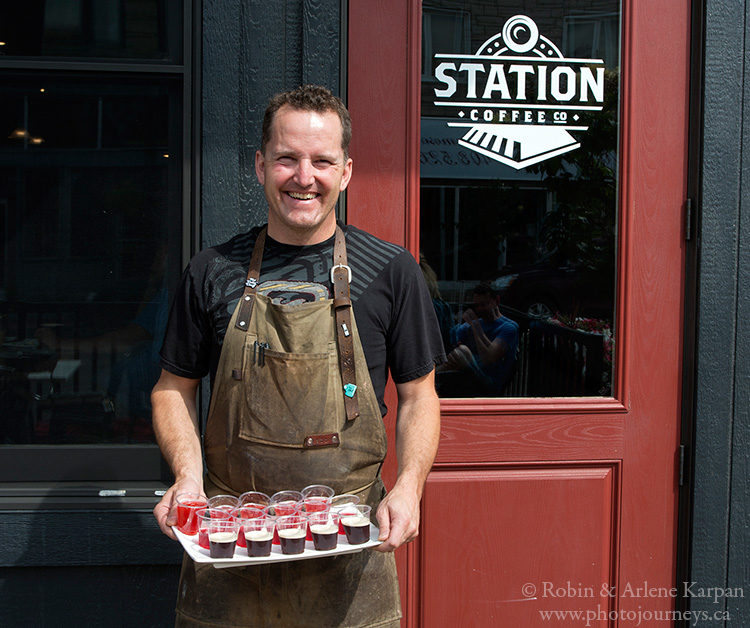 Tasting different types of coffee at The Station Coffee Co. with owner Jake Knodel. One of the stops on Medicine Hat’s unique downtown coffee tour. 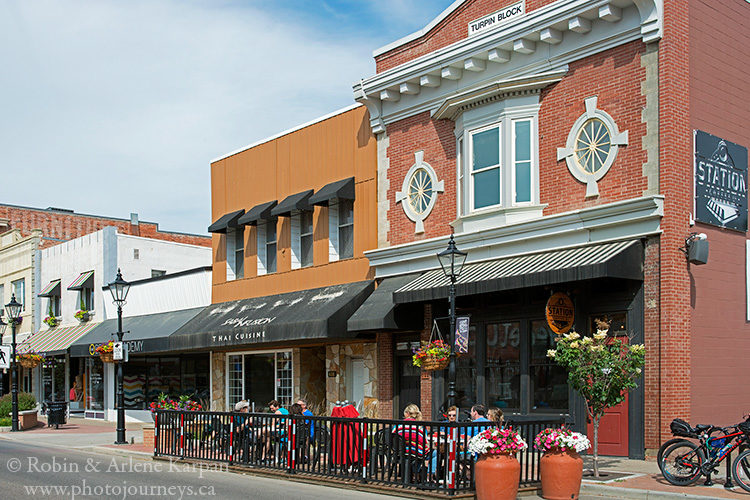 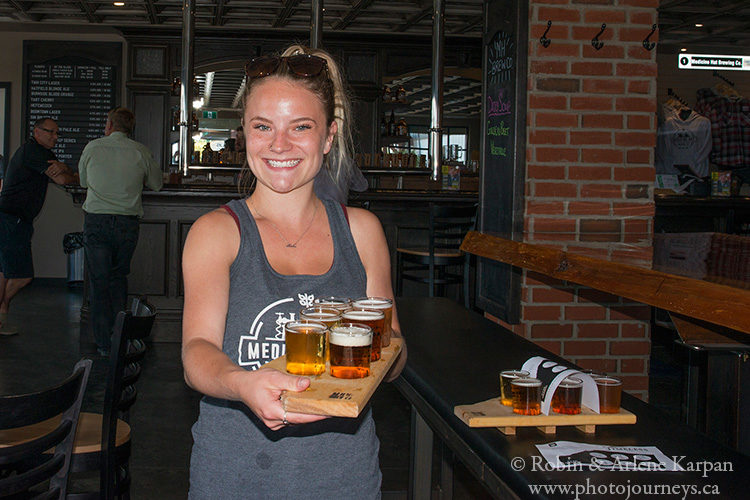 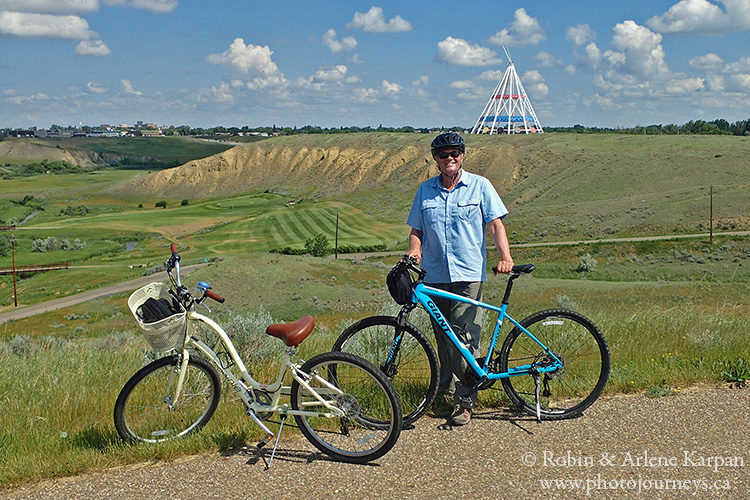 Exploring Medicine Hat’s many trails on free bikes loaned out by the city’s Visitor Centre. 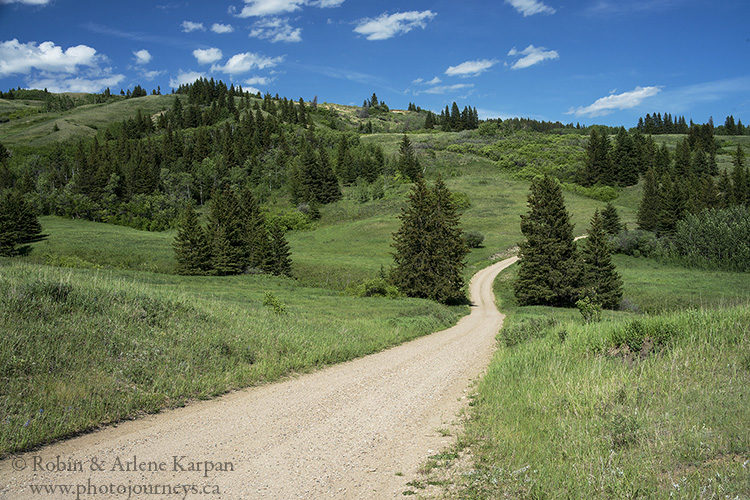 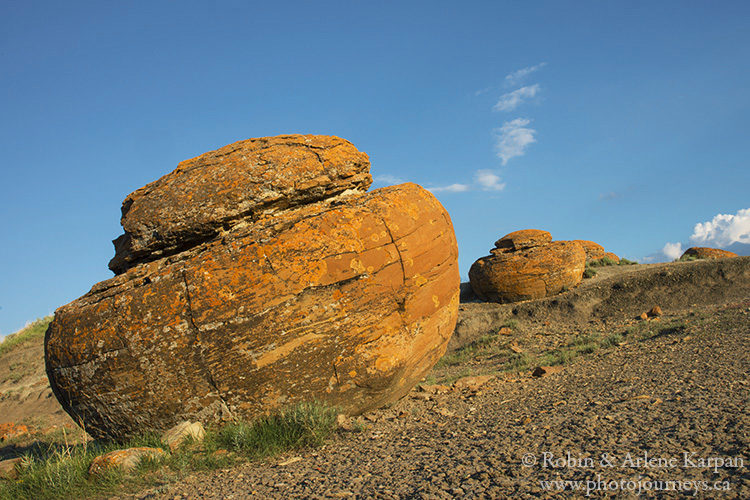 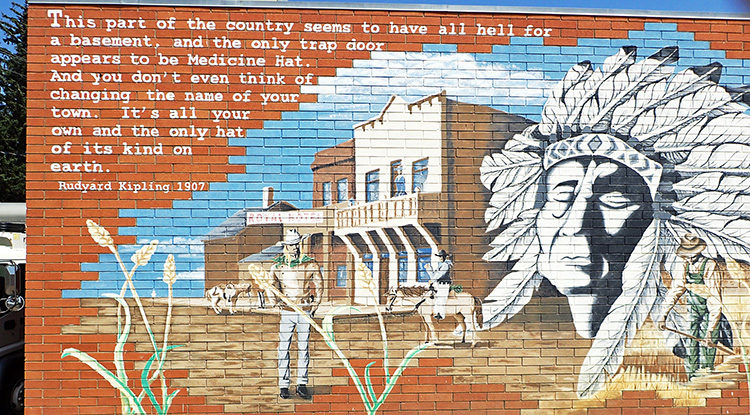 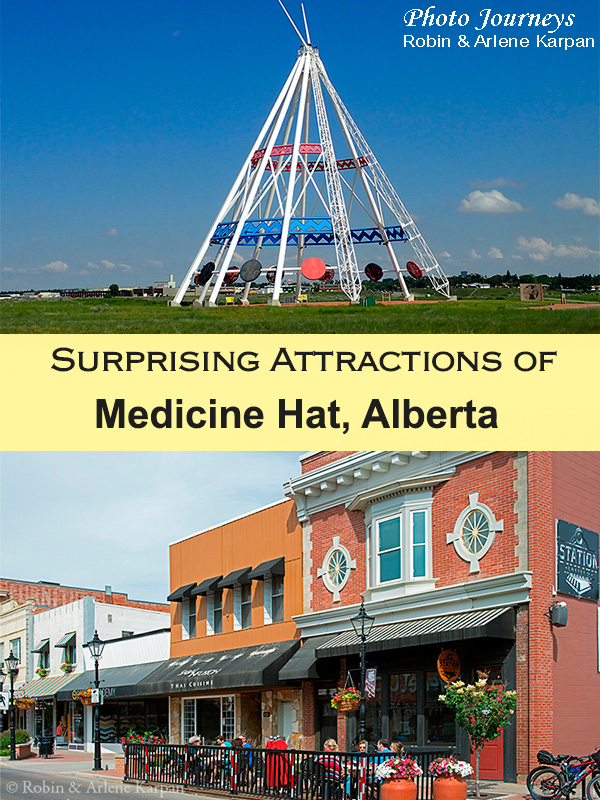