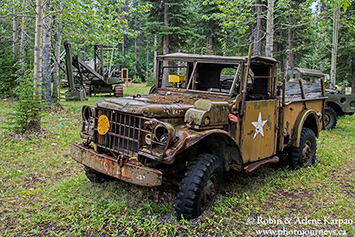 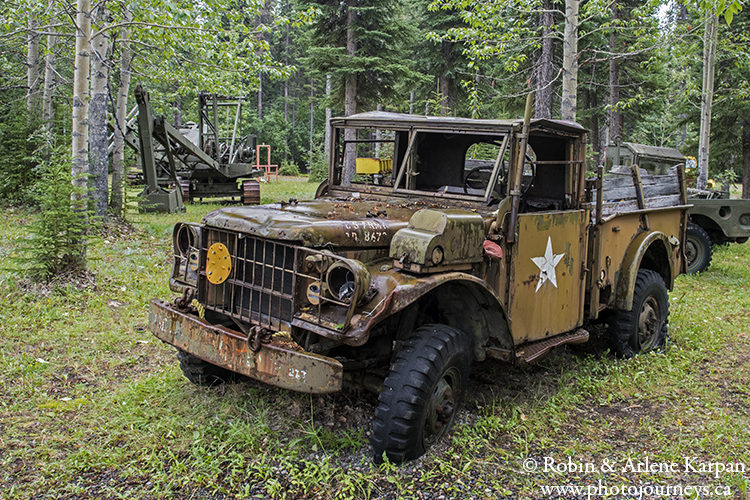 One of the best parts of travel is being surprised by little-known gems along the way. Such was the case when we stopped at Discovery Yukon Lodgings along the Alaska Highway in Yukon, home to a large RV park, campground, and picture-perfect log cabins. This is an especially scenic section of the highway, adjoining the Kluane Wildlife Sanctuary and a short drive to Beaver Creek, Yukon (the westernmost community in Canada) and the border with Alaska. We were here because we needed a place to spend the night, but walking around the grounds in the evening provided a fascinating glimpse into the history of one of North America’s most celebrated highways.

The Alaska Highway runs for around 2200 km from Dawson Creek, British Columbia to Fairbanks, Alaska. For many years the United States had wanted a road link from the lower 48 states to Alaska. But this meant that the road would have to go through Canada, and Canada didn’t see much benefit in spending the enormous amount of money it would cost to build.

Everything changed in World War II and the Japanese attack on Pearl Harbor. The US thought that Alaska would be vulnerable to attack and now considered a road essential. Canada agreed to the building of the highway provided that the US foot the bill for the construction. The road was completed in only eight months in 1942-43.

The site of Discovery Yukon Lodgings was a US military base during construction of the highway. Some pieces of machinery, trucks, and military vehicles were left behind. The owners of the lodging decided to build upon that and over the years have collected other vehicles used during construction. The result is a 1940s Alaska Highway graveyard scatted among the trees. 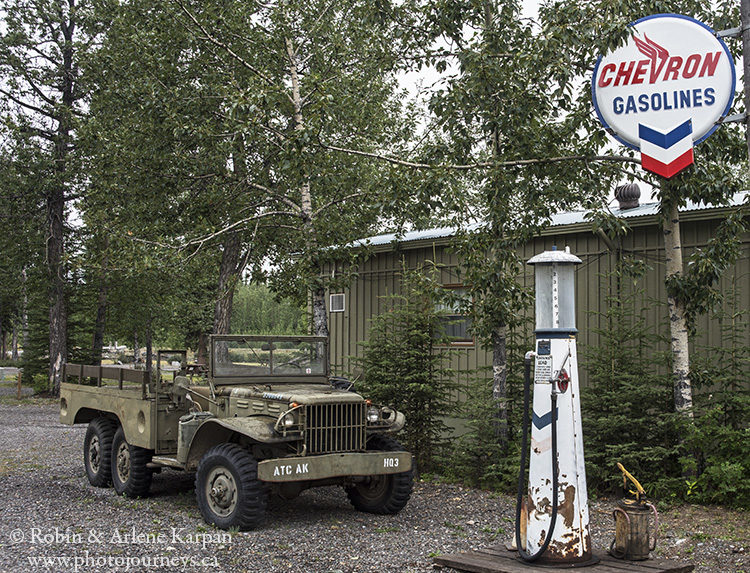 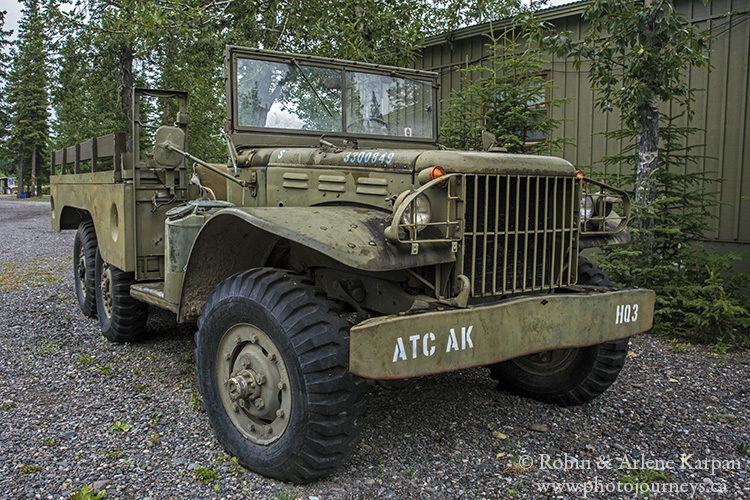 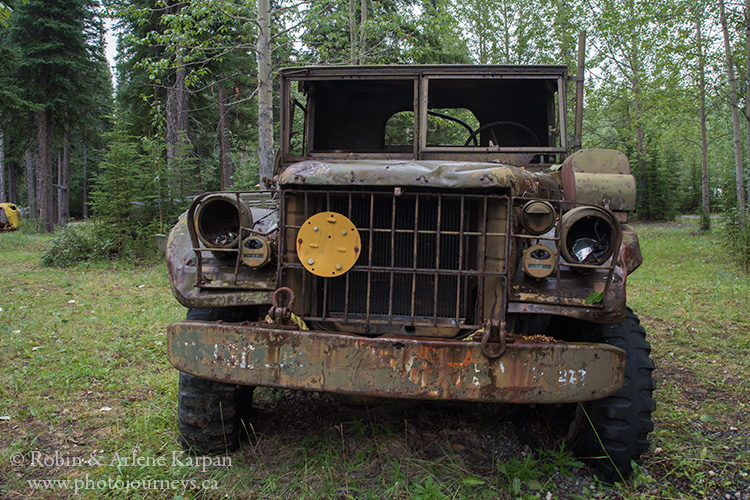 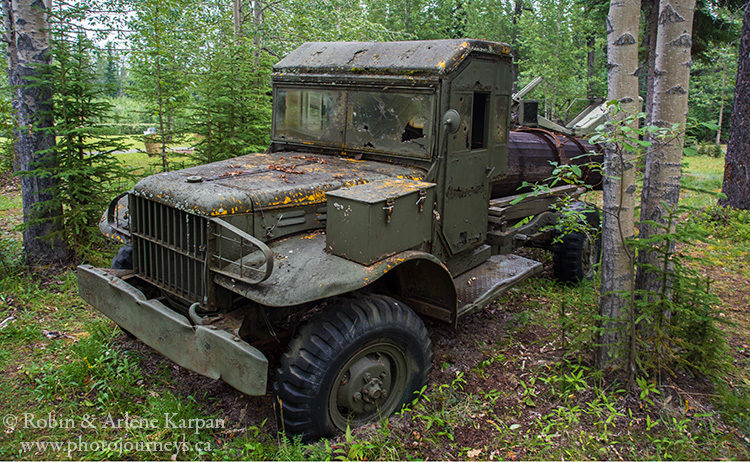 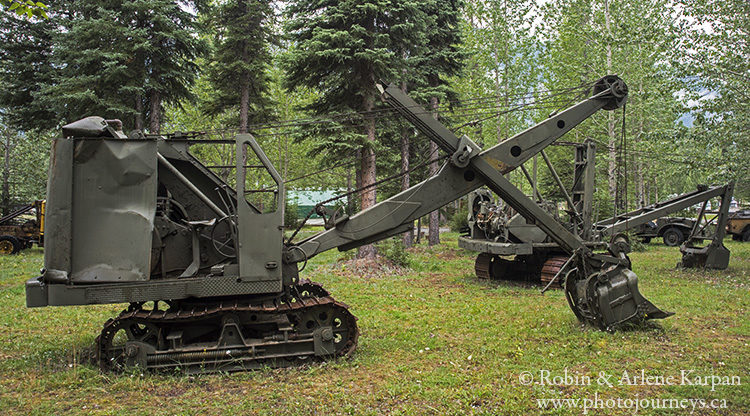 We wandered around old trucks, military jeeps, an ambulance, and construction equipment. One truck has a piece of a culvert on the back, made from wood. Building roads through mountains and muskeg is difficult even today, but when we look at the equipment from the 1940s it really brings home what an engineering feat this was.

Commentaries on the Alaska Highway often refer to it as a dream come true but a nightmare to build. Crews worked 24 hours a day. Summer was plagued by mosquitoes, black flies, and choking dust, while winter was so cold that they often had to build fires under machinery to keep them from freezing up. Travelling the smooth, paved Alaska Highway today couldn’t be easier, but a wander through this vehicle graveyard provides an intriguing insight into the reality of its beginnings. 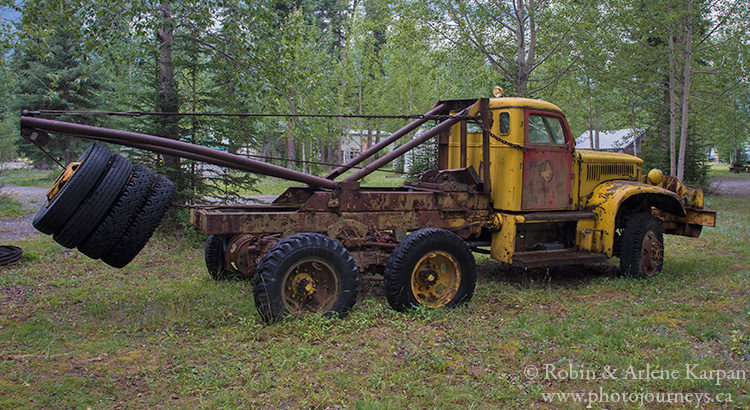 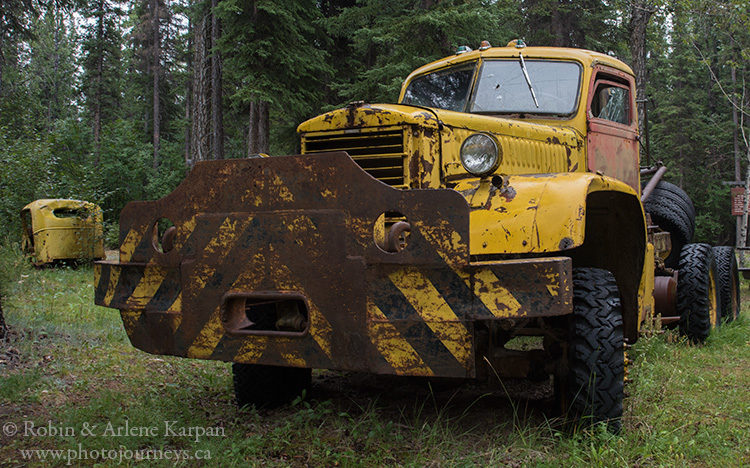 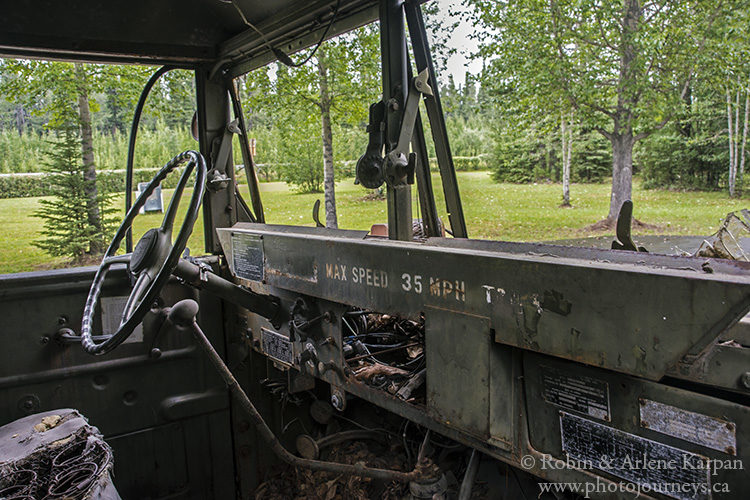 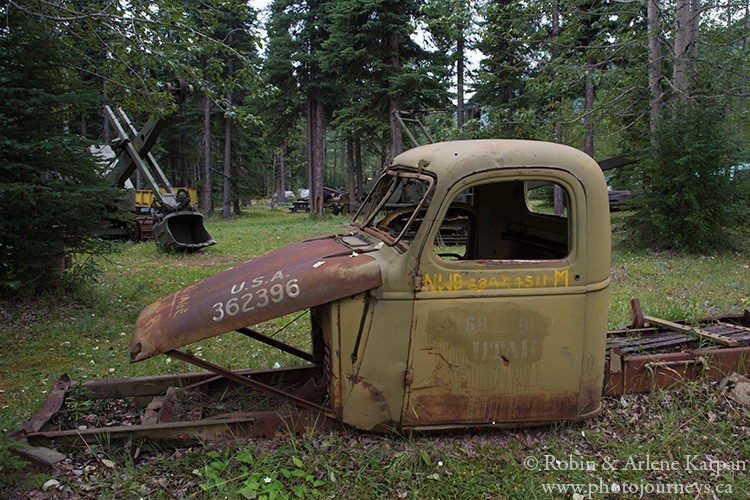 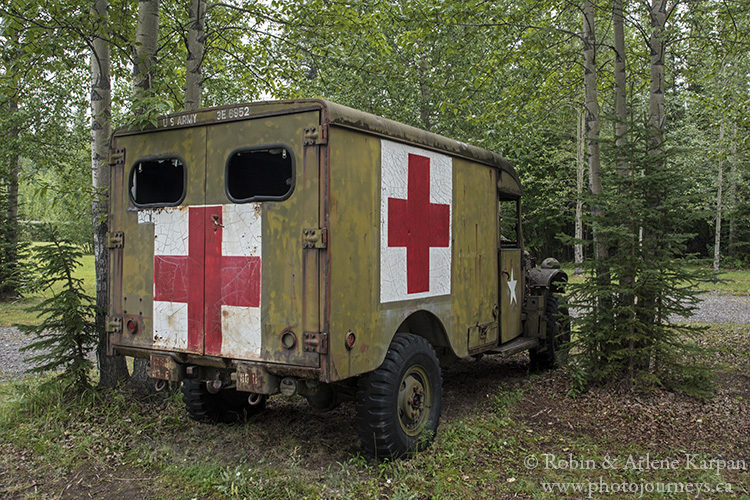 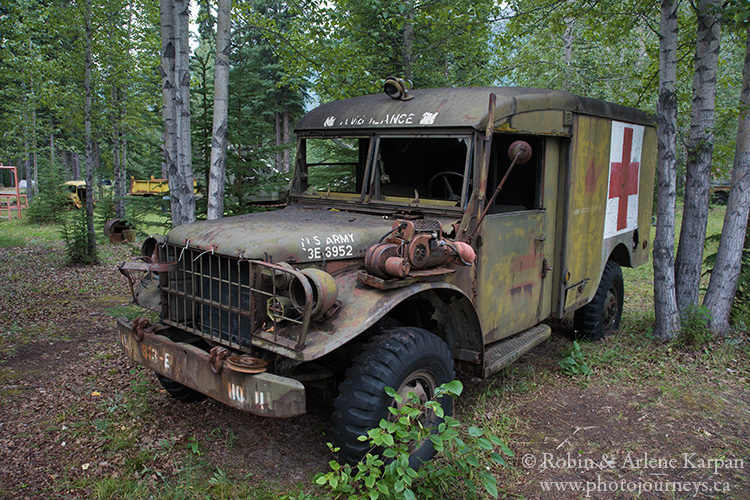 The official opening for the Alaska Highway was held in 1942, overlooking the Slim’s River in Kluane National Park. An easy and informative short hike called the Soldier’s Summit Trail takes you to the spot where ceremonies took place, and sheds light on the incredible effort it took to build this highway in record time. See our posting Easy Hikes in Kluane National Park for a capsule description of the trail. 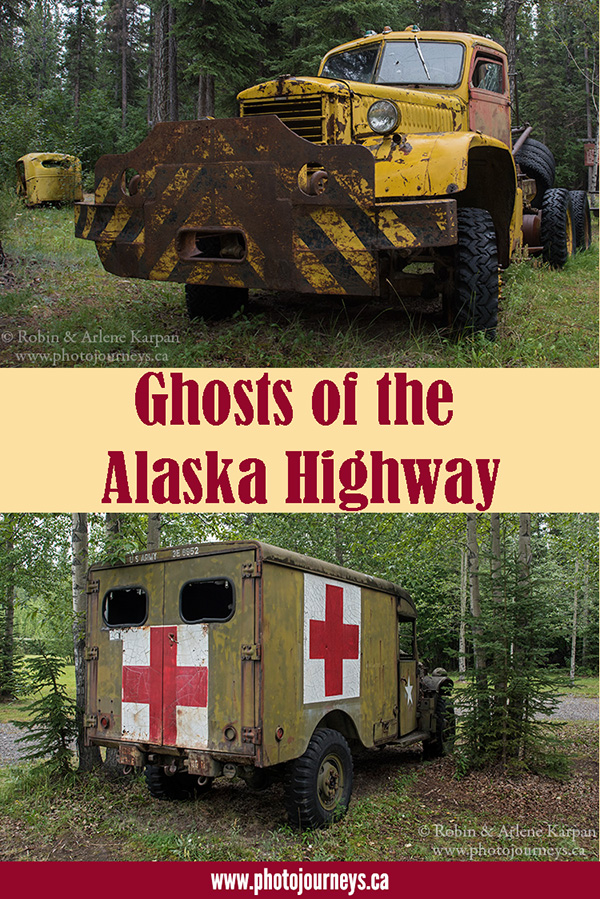 2 thoughts on “Ghosts of the Alaska Highway”