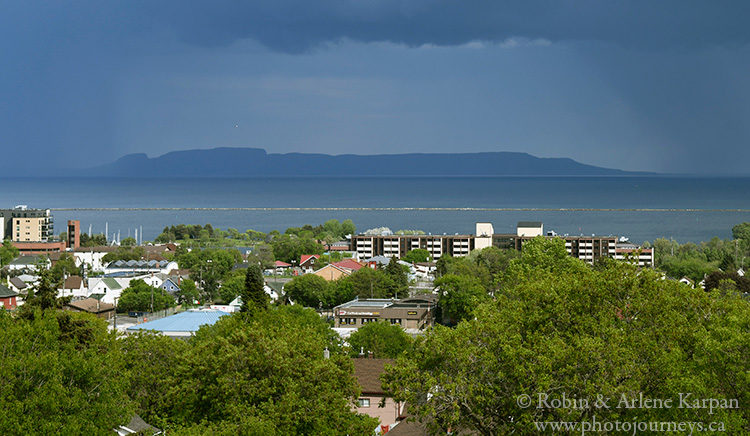 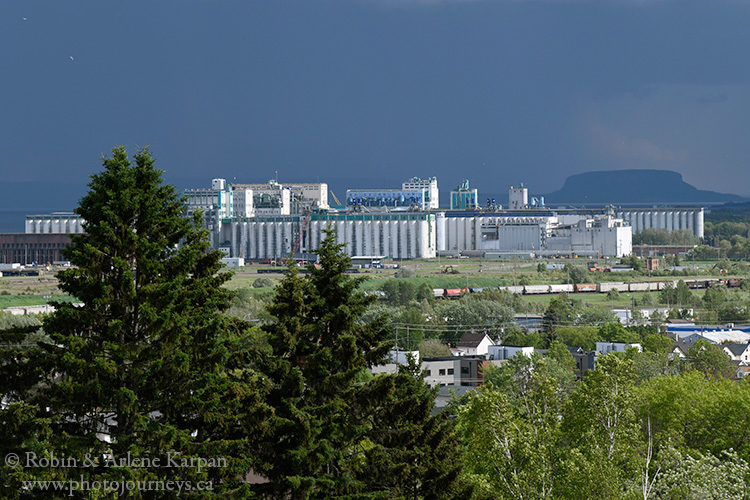 The Sleeping Giant, as seen from our room in the Prince Arthur Waterfront Hotel. 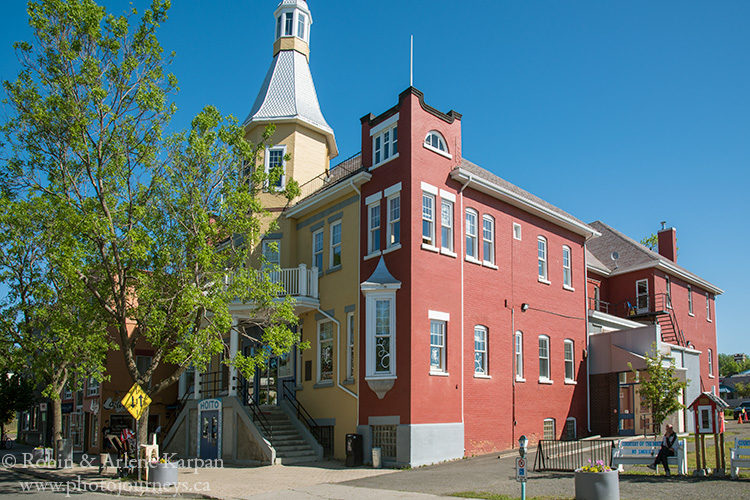 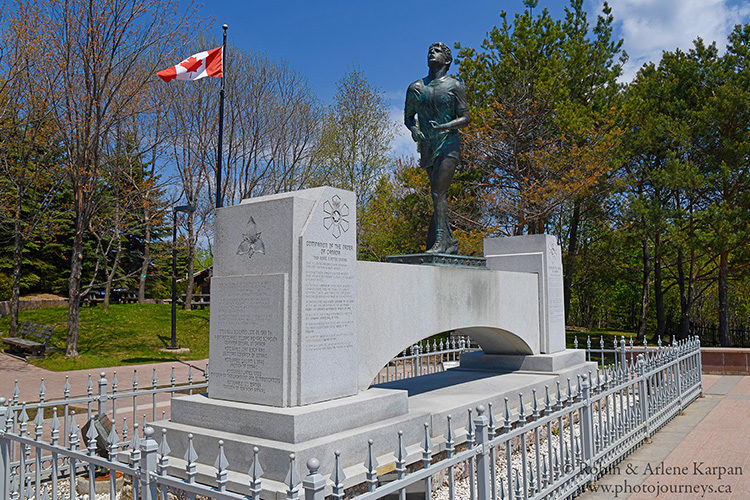 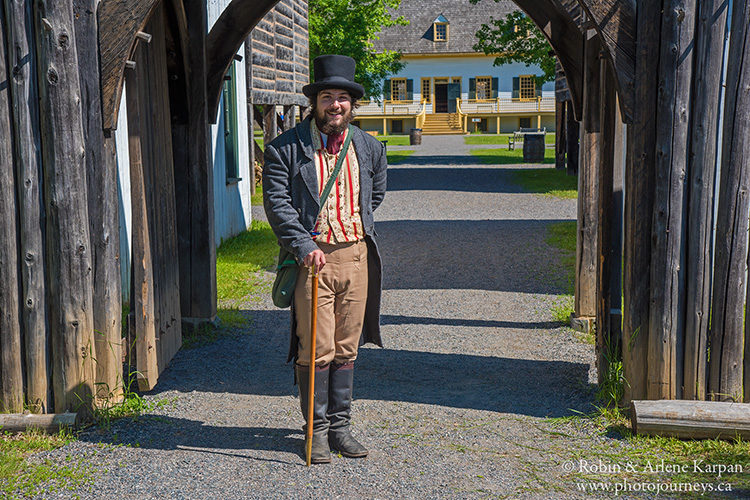 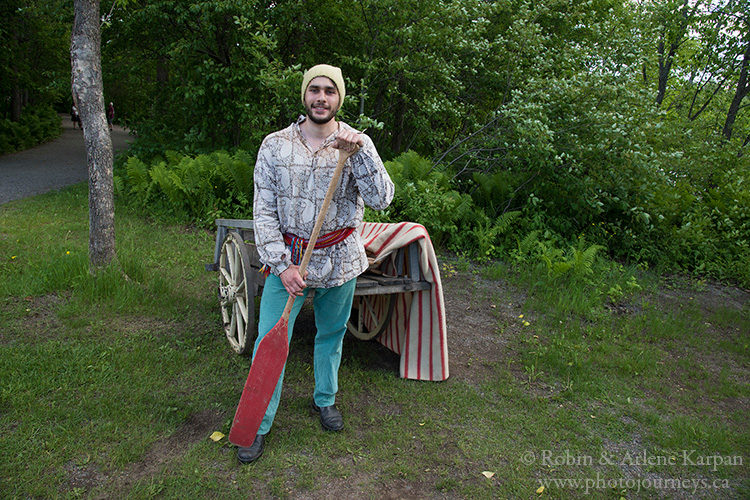 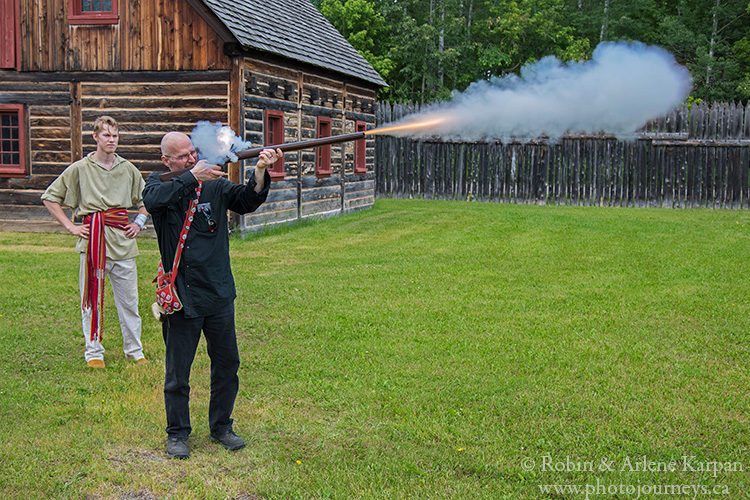 Visitors can try their hand at firing a muzzle-loading musket. 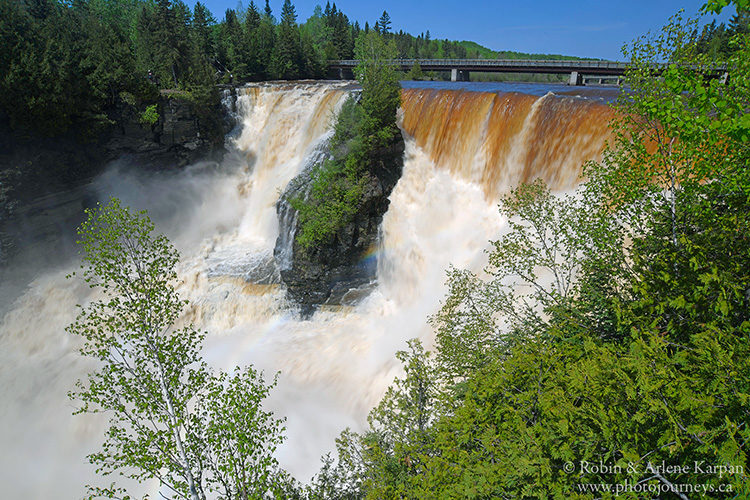 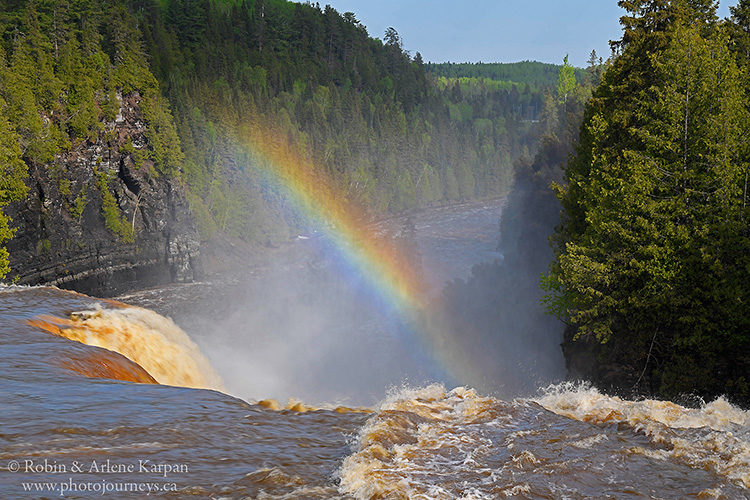 Kakabeka Falls as seen from the walkway near the brink.

An hour or so drive southwest brings you to Pigeon River Provincial Park, where the river flows into Lake Superior. Several short hikes are possible, the highlight being the 2-km High Falls Trail through beautiful forested shield country. The appropriately named High Falls drop 28 metres, and are smack on the Ontario/Minnesota border. 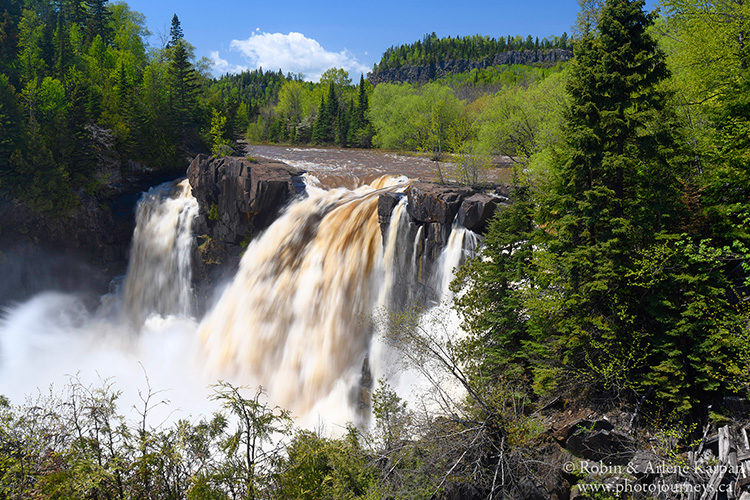 High Falls on the Pigeon River 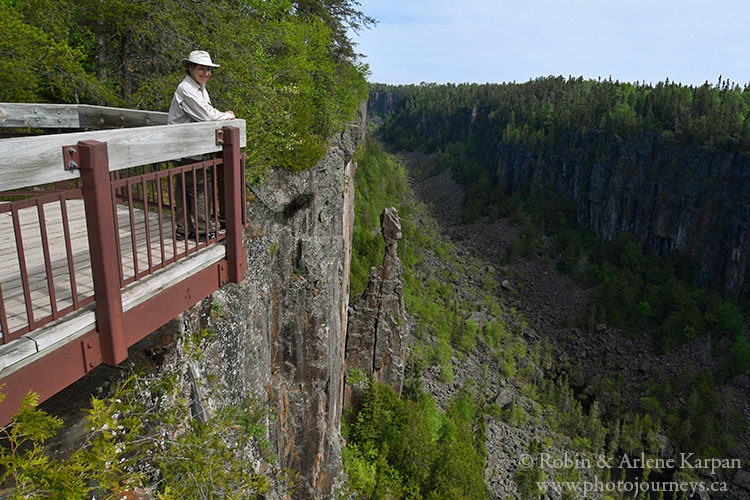 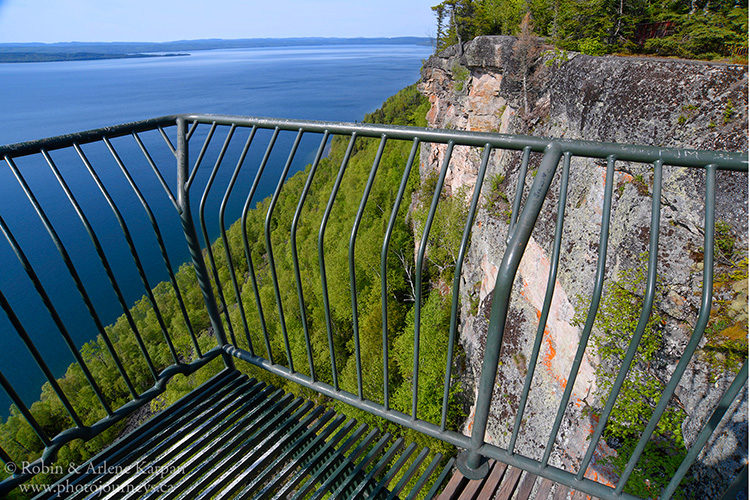 Thunder Bay Lookout, where you can step out onto a viewing platform that extends over the edge of the high cliffs. 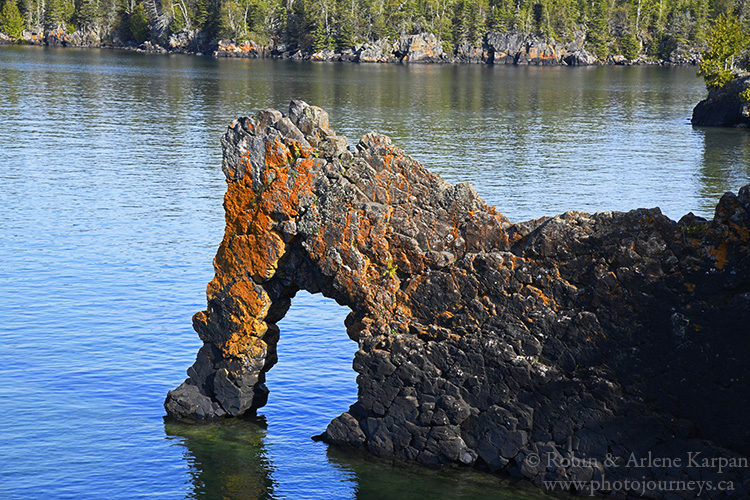 The Sea Lion rock formation is a worthwhile detour on the way to the Top of the Giant. Alternatively, it’s a short, easy walk to see it on its own. 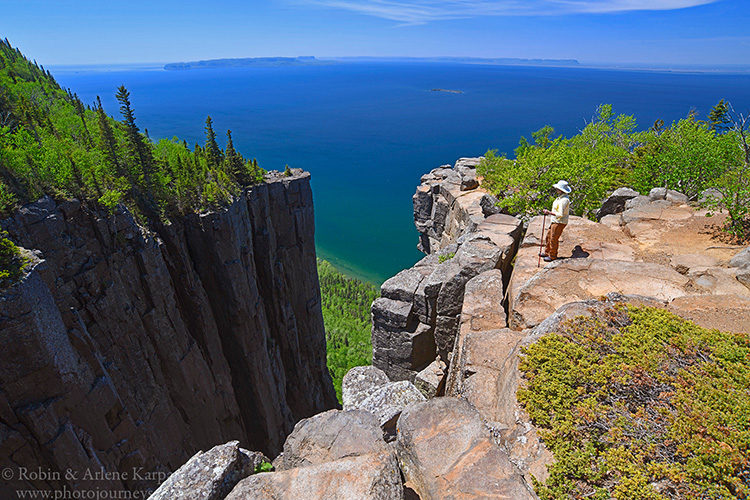 The Top of the Giant 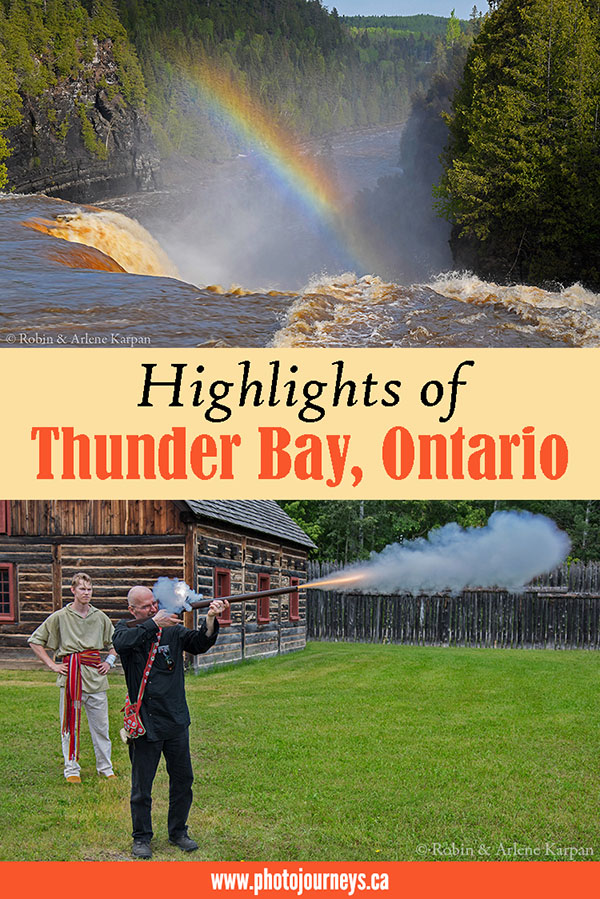