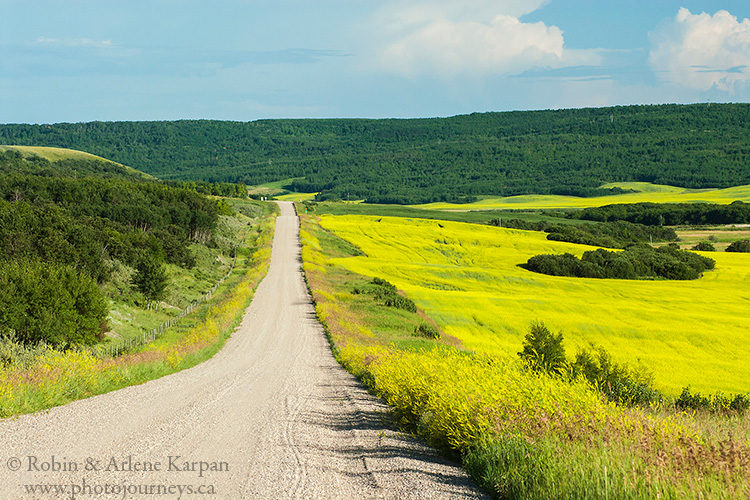 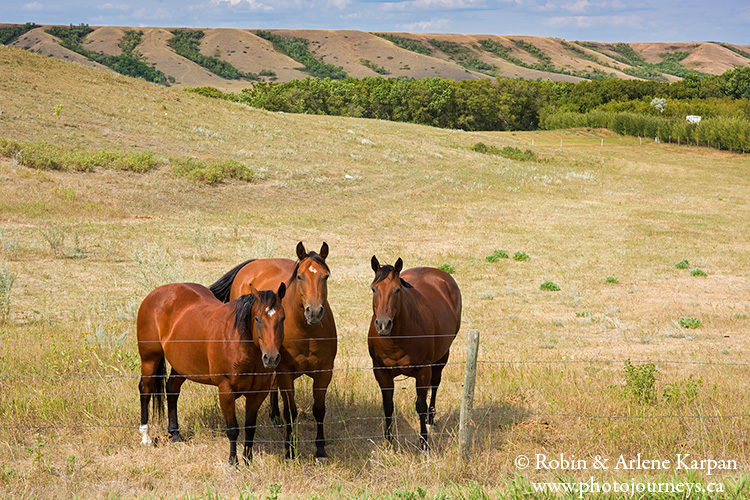 Curious bystanders in the Qu’Appelle Valley. 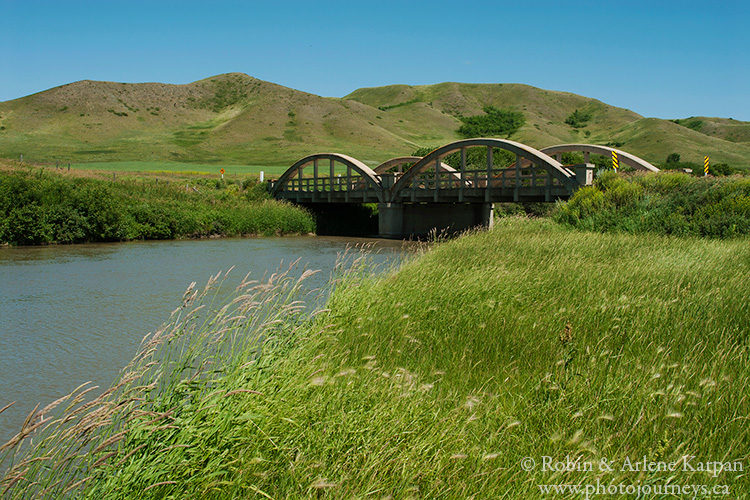 One of many narrow bridges crossing the Qu’Appelle River, Saskatchewan. 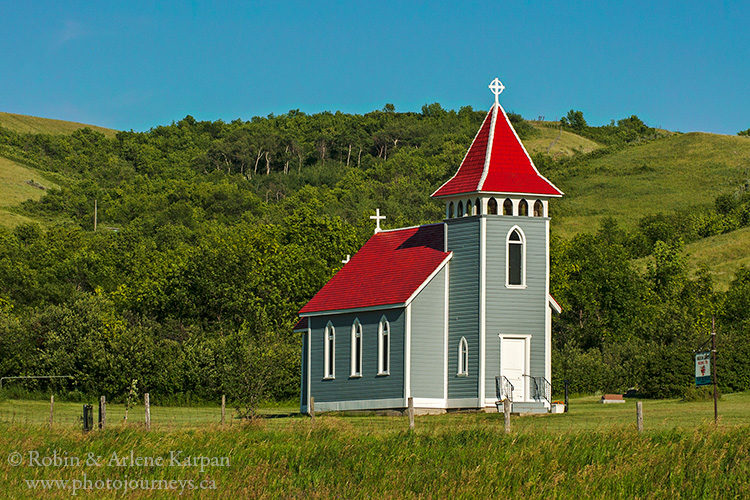 St. Nicholas Anglican Church in the Qu’Appelle Valley at Kennel, near Craven.

From the church, cross to the north side of the river and follow the gravel road (Highway 99) northeast to Highway 6. Here we find Fairy Hill, where an excellent hiking trail runs along slopes on preserved land owned by the Nature Conservancy of Canada. 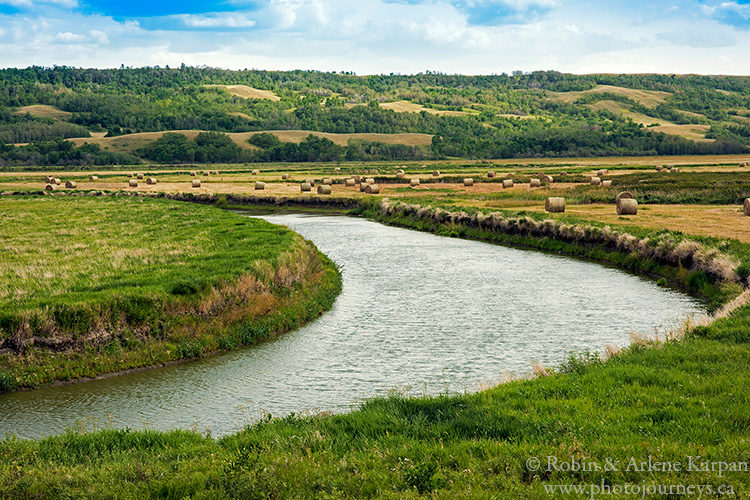 Looking over the Qu’Appelle River from along Highway 99. 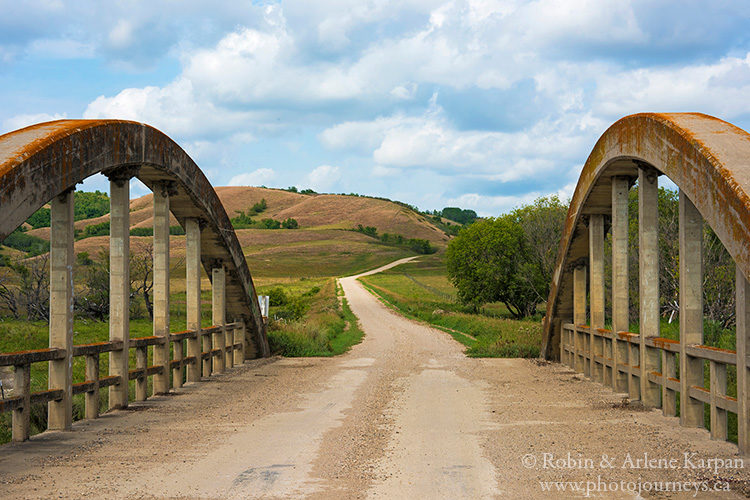 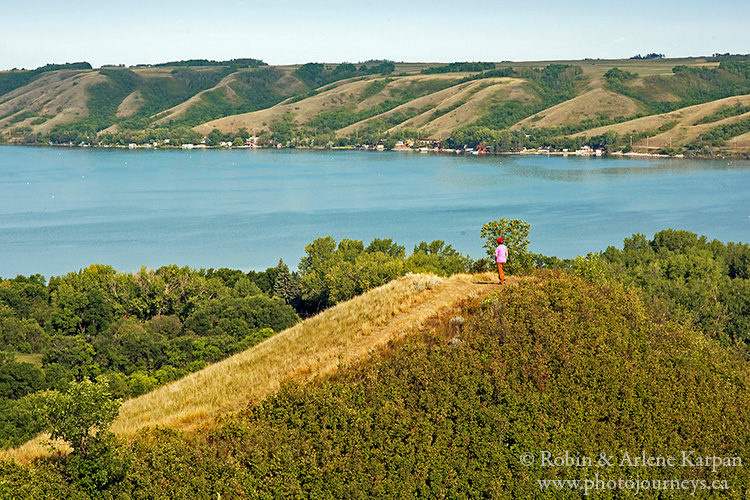 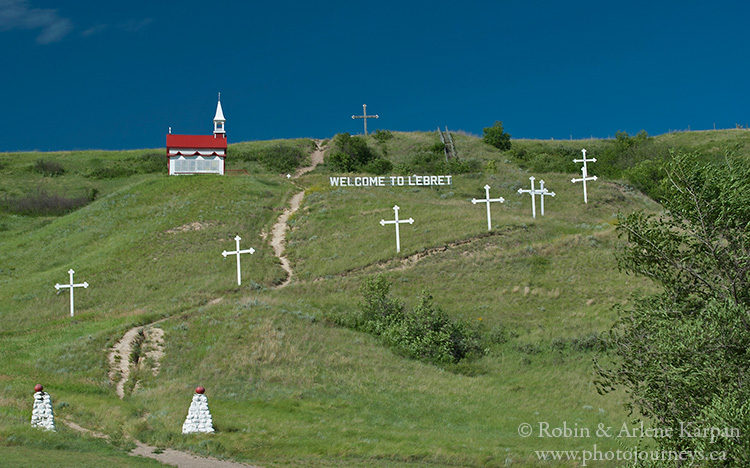 Chapel and Stations of the Cross, Lebret. 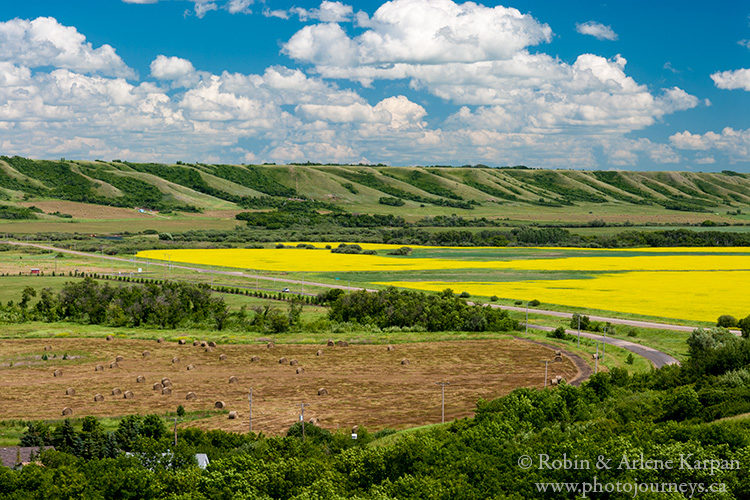 The valley near the east end of Katepwa Lake. 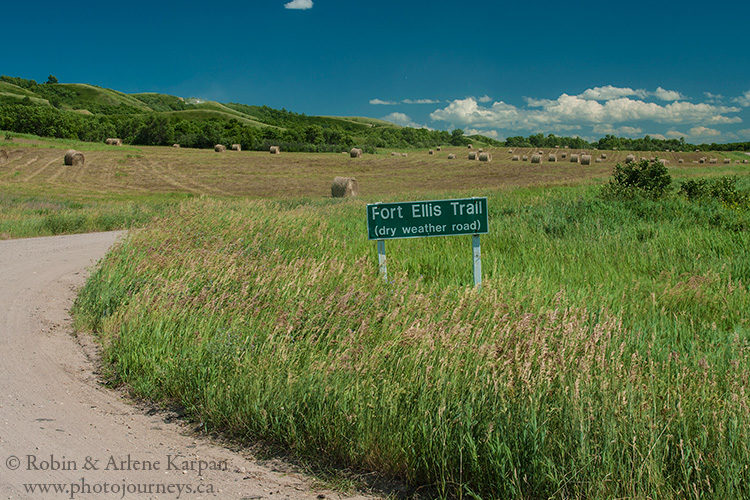 Start of the Fort Ellis Trail. 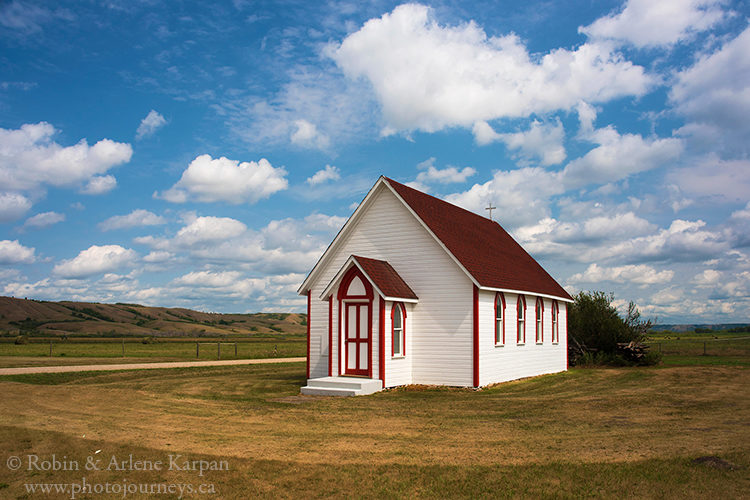 Anglican Church in Ellisboro, built in 1897. 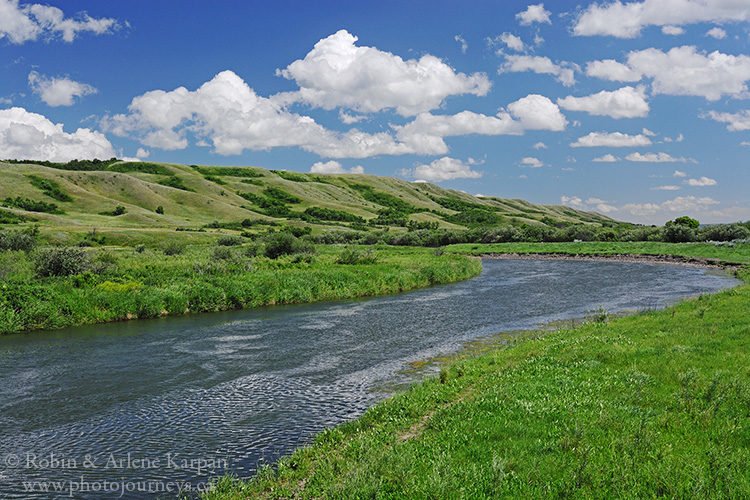 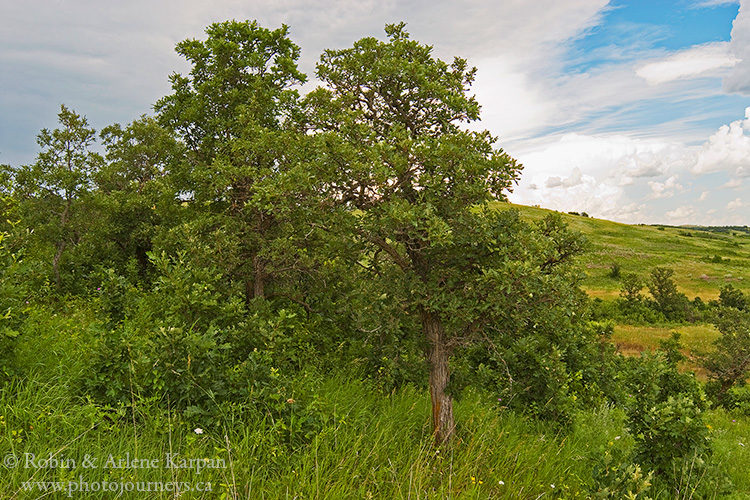 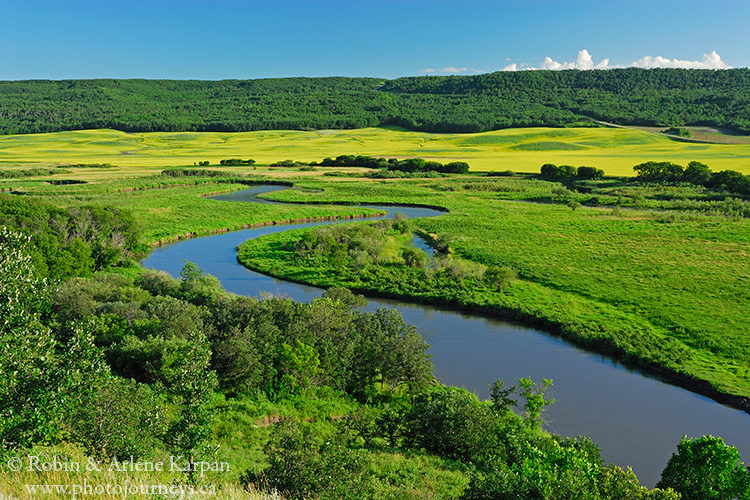 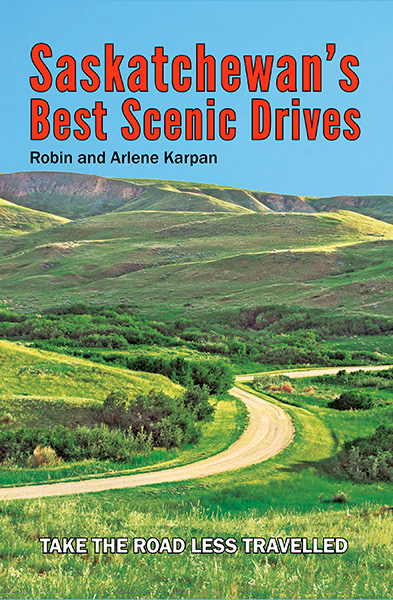 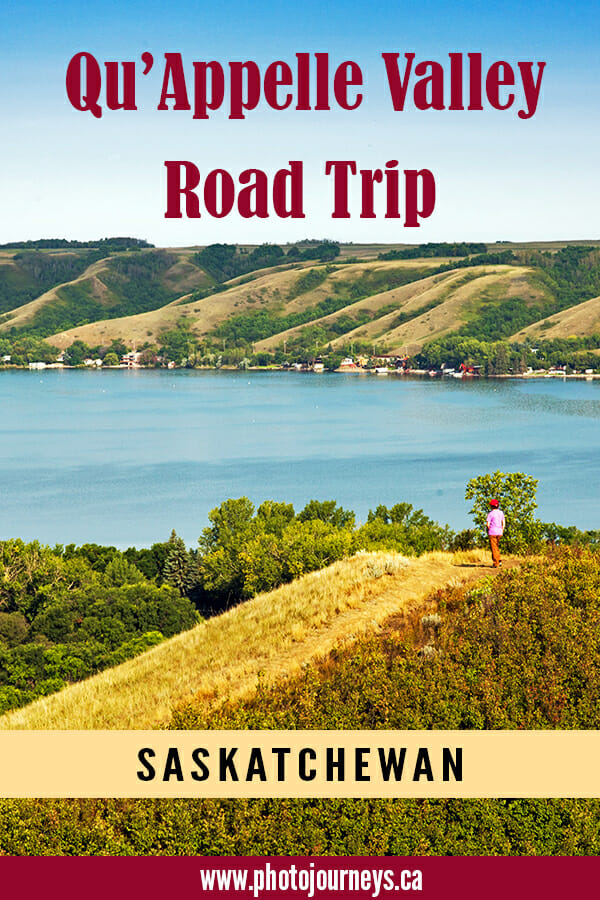